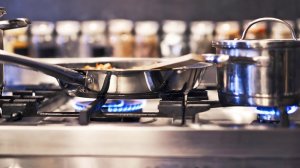 “The initiative aims to double the LPG market in the next five years as one of government’s interventions to secure electricity supply in South Africa,” says LPGSA MD Gadibolae Dihlabi.

She explains that trade organisation South African Petroleum Industry Association and State-owned diversified energy company the Central Energy Fund, as well as LPG wholesalers and distributors, will assist the DMRE and LPGSA to drive the initiative.

Following the development of a business case, the areas of growth in the LPG sector – including household consumption, as well as the commercial, industrial and LPG-to-power sectors – that would most benefit the country were identified.

The household gas-to-power sector is the largest identifiable area of potential growth and uses gas for residential heating, cooking and hot-water systems.

She enthuses that the commission’s due diligence has now been finalised and the initiative should gain full momentum from this month.

The DMRE subsequently published an LPG roll-out strategy document for public comment, which was then followed by and is still in the phase of stakeholder engagement.

Dihlabi adds that a general concern in the LPG sector is the dwindling supply from refineries.

She points out that the amount of LPG supplied by refineries to South African consumers decreased from 70% in 2018 to 30% in 2021.

“This means we have seen a drastic increase in LPG imports, which has, in turn, prompted an increased need for LPG infrastructure,” she asserts.

Notably, more storage facilities need to be built, not only in Richards Bay, in KwaZulu-Natal, and Saldanha Bay, in the Western Cape, but also inland.

Storing LPG inland will mitigate the challenges and risks associated with frequently transporting the gas, as is currently the case.

Further development is needed, such as using rail instead of road to transport LPG, adds Dihlabi.

The consensus is that rail is a cheaper and safer alternative to road and can reach more rural communities.

“Investing in more extensive and better maintained rail infrastructure will increase the supply of LPG throughout the country,” she notes.

Dihlabi says that, should the initiative come to full fruition, it will not only create 30 000 new jobs but also potentially upskill workers and artisans across many sectors.

Additional advantages include small- to medium-sized enterprises in rural areas that will be able to use LPG in their applications instead of relying on the grid for power, heat or even water.

Dihlabi adds that, as part of the initiative, LPGSA will double its communication and learning drives to educate the public on the uses, advantages and safety of LPG.

“We intend on continuing with our roadshows at schools in rural communities to educate the youth, who, in turn, will take that information home to their families,” she adds.

These roadshows are conducted by Dihlabi, as well as LPGSA staff in all 11 official languages.