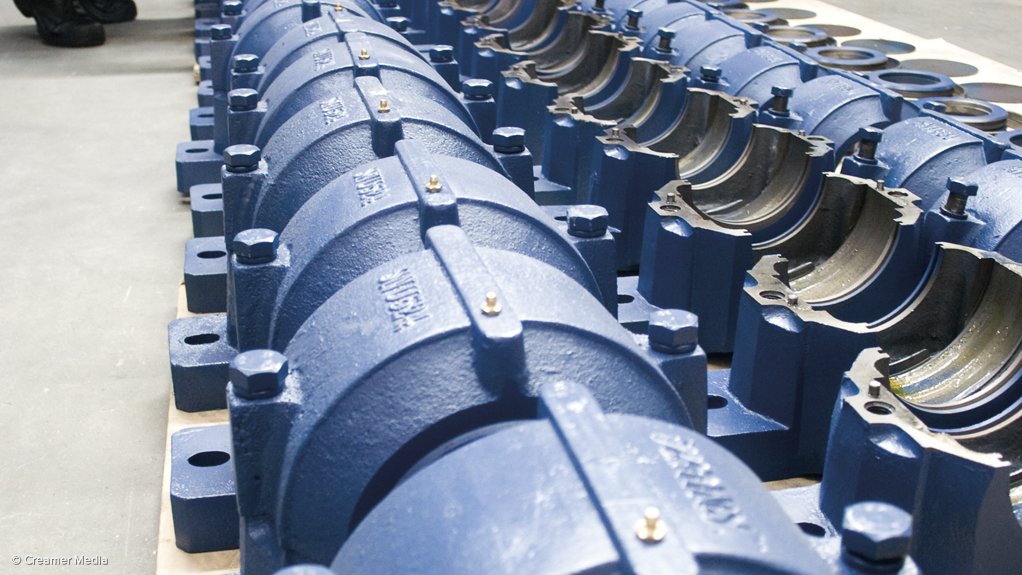 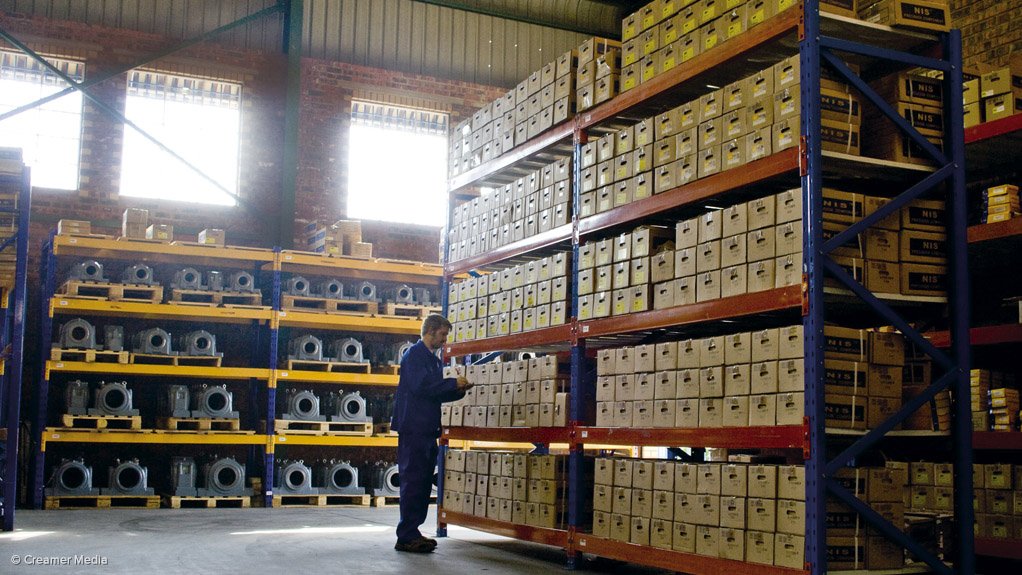 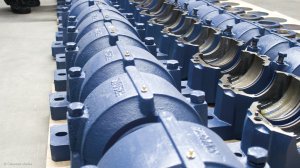 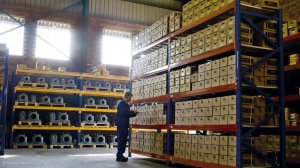 The company has further achieved ‘technical distributor’ status having met the stringent requirements in terms of know-how, local inventory holding, and 24-hour sales, service and technical support for Dodge.

“It will take a semiskilled artisan less than 15 minutes to install or remove a Dodge bearing, with no special tools or bearing pullers required,” says Dodge specialist Tony Patten, adding that this significantly decreases downtime for operations.

He points out that Dodge bearings are generally expected to last five times longer than conventional bearings used in the same conditions, “because there are fewer mistakes made in fitting shaft-ready bearings that have been assembled and sealed under clean conditions within the US [Dodge] factories, and because they are so easy to lubricate in service without any risk of overgreasing or allowing the ingress of contaminants”.

Bearings 2000 sales director Michael Stamatiadis explains that regreasing conventional housed bearings requires them being opened to remove the old grease. Subsequently, production has to be stopped, resulting in downtime and exposure of the bearings to the elements and windborne contaminants, such as dust and grit, which impact unfavourably on performance and life expectancy.

Patten emphasises that conventional bearings, unlike Dodge, require a high level of skill if they are to be mounted correctly.

“When the pressure is on to get a conveyor or some piece of equipment up and running again you start to cut corners. “This means that bearings are not assembled optimally and they are exposed to the elements . . . Dodge bearings are assembled in clean conditions and they arrive sealed and shaft ready,” he explains.

Dodge has concentrated significantly on the sealing arrangement of their bearings to keep dirt out and avoid overgreasing, Patten adds. Overgreasing can cause churning and heat build-up within conventional bearings, he explains, noting that Dodge’s patented seals allow excess grease to automatically purge and do not require any disassembly to be filled with new grease.

“We encourage greasing the bearings as often as you like . . . pump in new grease until the colour changes, then you know you’ve got a complete refill of grease and that the old grease has been purged. “We also recommend that customers grease their bearings while they are running to ensure proper dispersion of lubricant throughout the bearing,” Patten explains.

In addition to extensive Dodge stocks held by ABB in South Africa, Bearings 2000 stocks a full range of Dodge products to ensure customers’ downtime is kept to a minimum. Bearings 2000 can supply Dodge bearings up to 380 mm bore and a range of specialised power transmission products for most industries, including the food and beverage industry.

“We recently encountered a challenging application in the power generation industry where the end-user was trying to overcome a number of complications by changing shaft designs and running bearings in tandem. We worked with the US to tweak standard Dodge bearings to operate in this hot slurry environment where they have performed well without any need for modified shafts or tandem bearings,” Patten remarks with reference to the company’s link with Dodge.

“Our biggest opportunity for bearings in South Africa is to replace existing bearings. There are millions of conventional bearings in operation and Dodge has dimensionally identical drop-in replacements for most of them,” he says.

Stamatiadis concludes that Bearings 2000 is a leading independent supplier of bearings in South Africa, with several branches and distributors across the country.

Bearings 2000 is a bearings distributor of mounted bearings from Dodge bearings and bearings from industrial supplier FAG Schaeffer bearings in South Africa. The company was established in 1991 and has branches across South Africa with some of the key areas being the Western Cape and Mpumalanga.

Bearings 2000 has also started to supply power conversion products supplied by Dodge. Dodge gearboxes can transfer torque from one shaft to another and they are easy to fit and easy to remove, which makes them easy to maintain. The company explains that Dodge gearboxes are long lasting and that it achieves long lasting usability through precision geometry within the gearboxes.

Dodge gearboxes are in ideal operating conditions and they are encapsulated within a closed system. Bearing 2000 has had enquiries to replace Dodge gearboxes that went out of production in the 1980s. It explains that it is usually the first time these old gearboxes are replaced. One of the big opportunities for Bearings 2000 in South Africa is shaft mounted gearboxes.

Dodge guarantees that it does not matter how many years a gearbox has been in operation, if the gearbox has been in service with the twin taper bush system it can be removed in minutes. Bearings 2000 received the accreditation to distribute all of the products produced by Dodge in South Africa this year and has already started to supply companies with bearings and gearboxes.

Bearings 2000 is currently working on receiving stock for shaft mounted couplings and other products from Dodge.