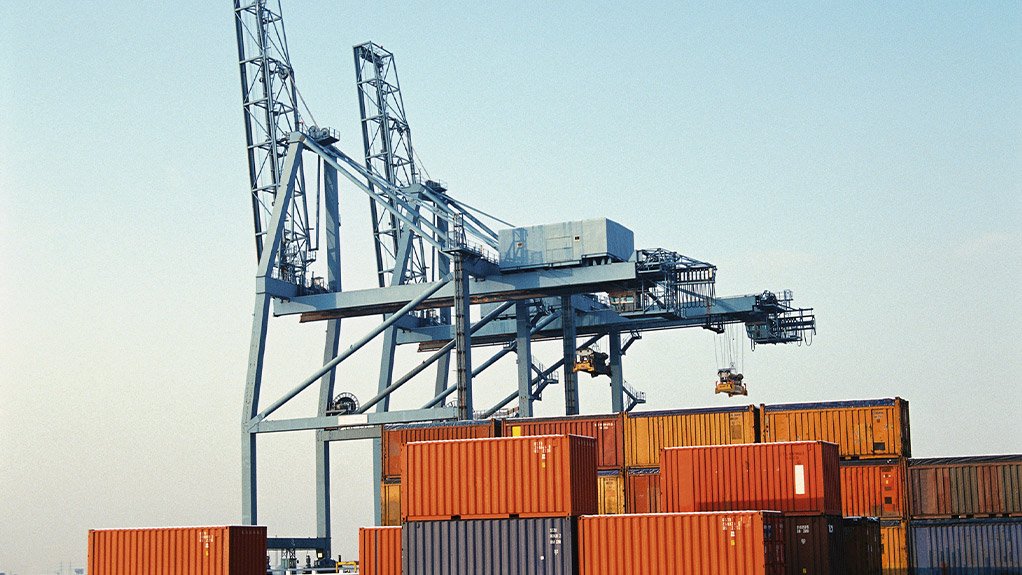 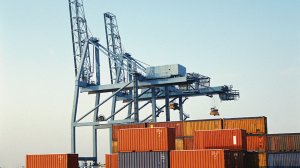 The Covid-19 pandemic highlighted the vulnerability of global supply chains which have been impacted both by reduced consumer demand in some instances as well as supply constraints.

South Africa is not immune from this risk with constrained supply chains and inadequate supply chain infrastructure impacting several sectors and industries.

According to Statistics South Africa large manufacturing facilities were only operating at 74% capacity in the first quarter of 2021. Part of this under-utilisation was as a result of raw material shortages.

Supply chains are notoriously susceptible to disruptions. Consider, for example, the impact on global supply chains and transport networks as a result of the six-day blockage of the Suez Canal in March this year when the container ship Ever Given ran aground, holding up around 400 ships and costing the global economy an estimated $10 billion a day.

Closer to home, the July riots which took place in in KwaZulu-Natal and parts of Gauteng caused significant supply chain disruptions and negatively impacted manufacturing output.

Encouragingly, Absa’s Purchasing Managers’ Index, which measures sentiment in the manufacturing sector on a monthly basis, reveals that factory activity showed signs of recovery in August after falling to a record low in July as a result of the riots. Despite this improvement, analysts warn that supply chain disruptions continue to inhibit economic growth.

Around the world a global shortage of semiconductor microchips is negatively impacting vehicle manufacturers. Even prior to the pandemic microchip producers were under pressure as chips are increasingly being used in the production of more than just smart phones, tablets and computers but also in flat screen televisions, vehicle power steering and braking systems and car infotainment systems. It is estimated that the shortage has cut global vehicle production by around 6-million units this year alone.

The global semiconductor shortage has also impacted South Africa’s new vehicle production and had a knock on effect on new vehicle sales and the availability of premium models in particular.

JSE-listed motor retail group Motus, which claims to sell one in every five new vehicles in South Africa, recently reported new vehicle stock shortages as a result of the shortage of semiconductors. The biggest impact has been on South Africa’s new vehicle exports which, despite showing an improvement this year, are still down even compared to 2020’s figures.

Key to the success of the African Continental Free Trade Agreement (AfCFTA) is a well-organised transport and logistic infrastructure network to enable an efficient supply chain. Despite an efficient road network, South Africa scores poorly as far as its ports and rail network are concerned. Improving efficiencies at local ports and border crossings is a critical part of addressing the country’s supply chain challenges.

South Africa’s container ports are notoriously inefficient and frequently suffer severe congestion. Container vessels report that waits of up to seven days before being allowed to berth at the Port of Cape Town, an important channel for both exports and imports, are not uncommon. These delays have significant implications for the logistics supply chain.

Earlier this year the World Bank published a ranking assessing global port container performance. South Africa’s ports rank lower than all other ports in Africa, according to the Container Port Performance Index 2020. The Port of Cape Town, the most highly rated of South Africa’s ports, is ranked a dismal 347 out of a total of 351 ports.

In July the Port of Durban was severely disrupted after the riots lead to the closure of terminals and shipping operation delays. Shortly thereafter Transnet’s ports IT system suffered a cyberattack, which again caused backlogs to its operations. July is the peak period for citrus exports. As a result, citrus exporters were faced with a choice of diverting their produce to the more expensive, dollar denominated Maputo or hoping that Durban’s disruptions would be short-lived.

The World Bank rightfully points out that globally competitive ports are critically important, particularly for emerging economies like South Africa given that they “have become critical nodes in global supply chains and are central to the growth stories and strategies of many emerging economies”.

It adds that, “In many cases, the development of high-quality port infrastructure, operated efficiently, has served as a prerequisite to successful, often export-led, growth strategies. Done well, port infrastructure provides the necessary confidence to facilitate investment in production and distribution systems, supporting the expansion of manufacturing and logistics while creating employment and raising income levels.”

Government has recognised the need to urgently implement reforms at South Africa’s ports. In June President Ramaphosa announced changes to the operating model of Transnet. These changes include allowing private sector investors and separating the Transnet National Ports Authority – a Transnet subsidiary and manager of the country’s ports – into a separate company. The intention is to drive private sector investment of more than R100 billion over the next decade into the Durban port alone to create a super terminal that will allow it handle large vessels and improve port efficiency.

Fixing South Africa’s ports, however, is only part of the challenge. South Africa’s rail network infrastructure also requires a significant investment. Transnet, the custodian of the country’s rail network, has battled in recent years to keep up with the demands of customers with the result that much of the 1.7 billion tons of freight that is moved annually in the country is via roads rather than rail.

Last year President Ramaphosa announced that Transnet would be granting third-party access to the country’s rail network. Essentially, what this means is that private freight rail operators can use South Africa’s rail network. The African Rail Association (ARIA), which represents original equipment manufacturers, rail operators and rail services companies, estimates that once these reforms have been implemented, around 58 million tons of freight could potentially move to rail, benefitting agricultural commodities, metals and minerals, cars, containers, bulk liquid and hazardous chemicals, as well as creating jobs both upstream and downstream.

There is no question that an improved transport infrastructure will positively impact regional trade and help to improve the country’s supply chain infrastructure. However, government’s proposed reforms need to be accelerated and urgently implemented.

SEW-EURODRIVE is a specialist in drive and control technologies offering a comprehensive range of services to industry for the entire value chain including engineering and selection to start-up and maintenance. SEW-EURODRIVE South Africa has invested in a new hi-tech R200 million African headquarters based in Aeroton, Johannesburg which will be a key component of more efficiently servicing customers both in South Africa and in the rest of Africa while at the same time helping customers to take advantage of Industry 4.0 technologies.