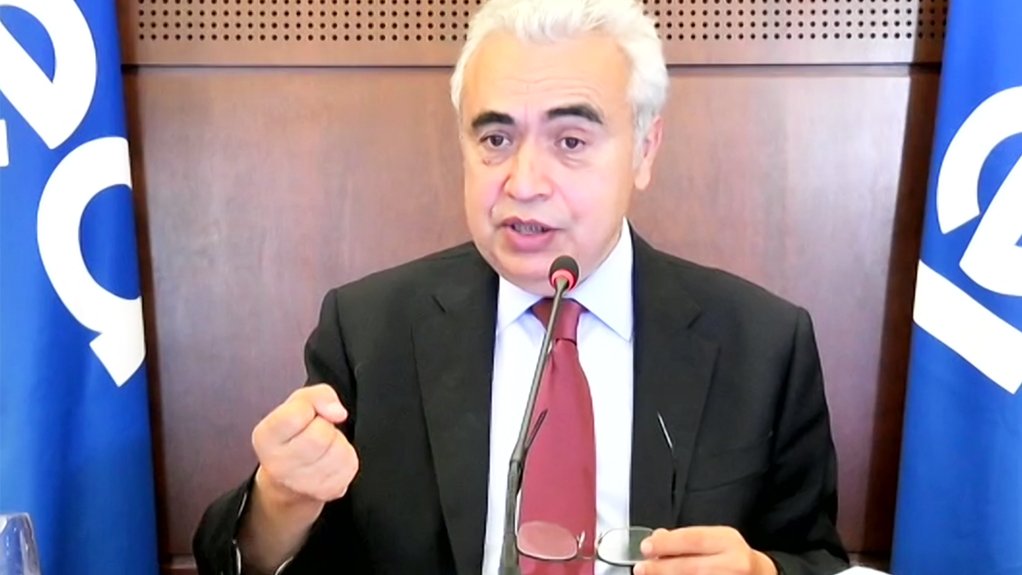 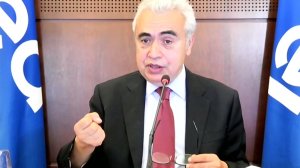 Africa has been listed, in a new International Energy Agency (IEA) report, as one of the locations that could emerge as dominant in the production of green hydrogen, which the agency says is required to extend the decarbonisation reach of renewable electricity to industries where the direct use of power is difficult, such as steel manufacturing and aviation.

Published on September 10, the IEA’s ‘Energy Technology Perspectives 2020’ report says the global capacity of electrolysers, which produce hydrogen from water and electricity, will need to rise sharply as part of a broader, multi-technology effort to align the global energy system with international climate goals.

Besides spreading the use of clean electricity into more parts of the economy, which the report described as the single largest contributor to reaching net-zero emissions by 2070, the decarbonisation role of hydrogen and carbon capture, utilisation and storage (CCUS) was also highlighted.

Birol said that both solutions were “ready for the big time”, but that their mass deployment would require supportive government policy so as to direct investors into making the right technology investments.

Doing so in line with the IEA’s Sustainable Development Scenario, would result in the share of electricity in final energy demand rising from one-fifth today to nearly 50% in 2070, contributing almost one-fifth of cumulative carbon savings.

“Electricity demand expands by 30 000 TWh, which means that each year to 2070 sees electricity demand equivalent to the current annual demand of Mexico and the UK combined added to the world power system, pushing far more use of solar, wind and other renewables, as well as nuclear power,” the report states.

Electricity alone could not decarbonise entire economies, however, with the power sector currently contributing about 40% of the total carbon emissions of the energy sector; the balance arises from transport, industry and buildings.

Global hydrogen production, the IEA states, would have to grow to 520-million tons from 75-million tons, with about 60% of that hydrogen produced by 2070 using electrolysers and the rest arising from fossil fuels, but incorporating CCUS.

Currently, hydrogen is produced yearly primarily by steam reforming of natural gas and is mainly used as a feedstock in the chemical and refining industries. In South Africa, Sasol produces hydrogen from coal.

“This hydrogen forms a bridge between the power sector and industries where the direct use of electricity would be challenging, such as in the production of steel from iron-ore or fuelling large ships,” the report explained.

Such a scale-up would be equivalent to adding a new electrolyser the size of the world’s largest plant every hour to 2050. The 10 MW plant in Fukushima, Japan, is currently the world’s largest, but bigger plants are being planned.

Under the IEA’s Sustainable Development Scenario, hydrogen reaches a share of 13% in final energy demand in 2070, with some 60% of that production, or 260-million tons, consumed in the transport, buildings and power sectors and refineries.

The balance is further converted into hydrogen-based fuels such as ammonia for maritime shipping and synthetic kerosene for aviation.

By 2070, the global installed electrolyser base of 3 300 GW would need to be running on average at around 4 000 full-load hours a year to ensure least-cost production.

“In order to produce the low-carbon hydrogen required to reach net-zero emissions, these electrolysers would consume twice the amount of electricity the People’s Republic of China generates today,” the report stated.

Production would be supported by a mixture of grid electricity and dedicated renewables-based electricity plants, depending on local conditions.

By 2070, around 13 750 TWh of electricity, or about 20% of global generation, would be used for hydrogen production in the Sustainable Development Scenario.

“Production is dominated by regions and countries with low cost renewable electricity, such as Chile, China, Europe, Africa and the Middle East,” the report states, adding that the pace of growth will depend on the scaling up of manufacturing capacities and on the ability to bring down the costs of water electrolysers.

“While today global manufacturing capacity stands at around 1.5 GW/year, the average

annual deployment rate to 2070 increases to 60 GW/year in the Sustainable Development Scenario. As a result, the average cost of electrolysers falls from $850 to $1 100 per kilowatt electric (kWe) today to below $300/kWe in around 2050.”

The report also explored a ‘Faster Innovation Case’ for reaching net-zero emissions by 2050, which indicates that, to meet the huge increase in demand for electricity under the scenario, renewable power capacity additions would need to average around four times the current annual record, reached in 2019.

“Thirty-five percent of the additional decarbonisation efforts in the Faster Innovation Case come from increased electrification, with around 25% coming from CCUS, around 20% from bioenergy, and around 5% from hydrogen.”