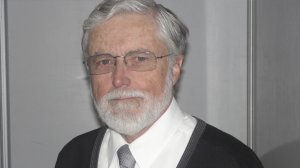 With its range of industrial uses and applications, hydrogen is a very important molecule essential in many sectors such as chemicals, refining and metallurgical applications, as well as glass and electronics manufacturing.

When it comes to the bulk manufacturing of hydrogen, there are adequate, cost-effective solutions for generating high-volume hydrogen locally available.

“However, for the supply and storage of hydrogen, small- to medium-sized users have relied, for the most part, on gas in cylinders as a convenient and consistent means of generating high-purity hydrogen at smaller volumes on site has previously not been readily available,” says industrial problems solutions provider RTS Africa Engineering MD Ian Fraser.

RTS Africa, in collaboration with its long-term principal hydrogen company Nel Hydrogen, has been a leader in the supply of many of South Africa’s hydrogen electrolyser technology solutions for the past two decades.

Based in Norway, Nel Hydrogen is a world leader in the supply of conventional alkaline-based hydrogen electrolysis systems.

He adds that the acquisition of Proton OnSite fully complements Nel Hydrogen – in terms of technology and market outreach – providing a strong strategic fit for both companies. Fraser recently spent time with the company in the US to become fully conversant with its PEM technology and electrolyser solutions.

However, as PEM electrolysers employ a different technology to produce hydrogen, these units can be far more compact. For example, many small PEM electrolysers can be found serving in laboratories in the form of a bench-top supply of small-scale on-site hydrogen.

“Typically, these units would be supplying quantities of a couple of cubic centimetres,” Fraser points out, adding that PEM technology can also be used for much higher capacity electrolysers.

While the origins of PEM electrolysis technology can be traced back to the 1950s, the company Proton OnSite was founded in 1996. Among other achievements, the company was instrumental in the development of PEM electrolysers for use in nuclear submarines, where a reliable, risk-free supply of clean, consistent-quality hydrogen was essential.

Fraser points out that PEM electrolysers – when using ‘clean’ energy – are completely environment-friendly, as they use only electricity and demineralised water in the process. The fact that it is possible to have a smaller volume electrolyser, which does not need an alkaline electrolyte is in certain instances also an advantage.

A Nel Proton PEM electrolyser can be used in the chemicals industry, for example, in plants making furfural alcohol or hydrogen peroxide to name just two products. The company also supplies hydrogen to power stations and annealing plants.

The smaller units also have an application in research institutions and universities where laboratories might need a reliable on-demand supply of ultrahigh-purity hydrogen.

“At RTS Africa, we are very excited to partner with our principal Nel Hydrogen in marketing this versatile new product to Southern African industry,” says Fraser.

He concludes that Nel Proton’s PEM electrolysers make a valuable contribution to the range of electrolyser options available to clients, and innovatively fill what has long been a gap in the local hydrogen generation market.