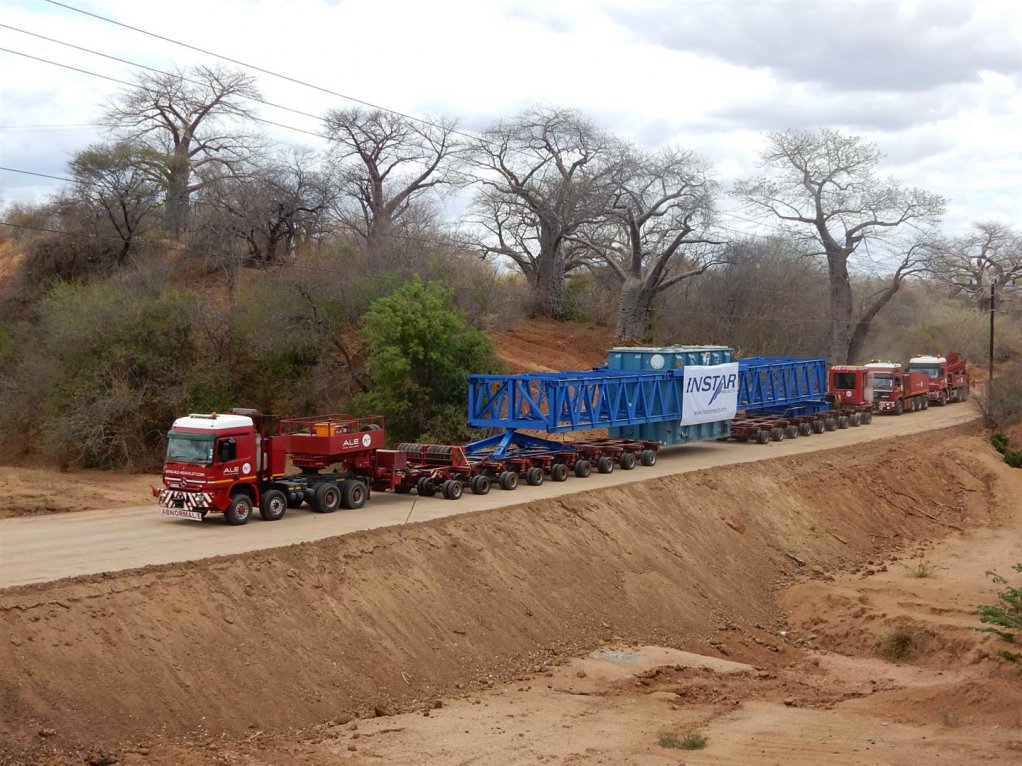 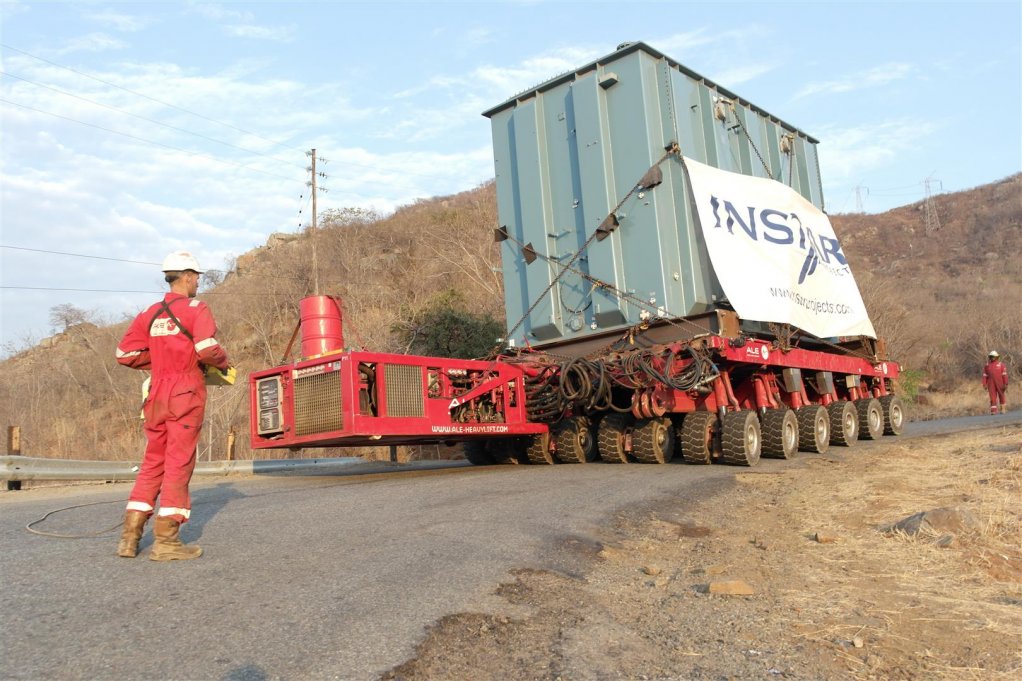 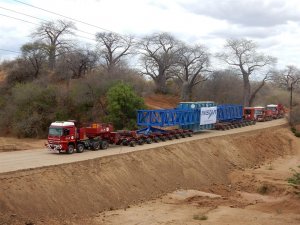 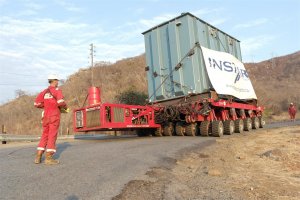 ABNORMAL LOADS Five bridges were propped and three were bypassed

ALE South Africa brand manager Theo van Wyk tells Engineering News that the transformers, manufactured in Sweden, were delivered using sea freight, to the Richards Bay port, in KwaZulu-Natal, after which they were was transported over land in 62 days to Songo, in Mozambique.

He says the challenging delivery to Songo was a success, owing to thorough planning before the project and proper investigation of the route, possible challenges and the use of specialised equipment. The transformers were transported over 2 200 km, crossing 45 bridges in Mozambique alone.

“During the project, five bridges were propped, while three were bypassed,” explains Van Wyk, adding that the last 200 km of the route, in Mozambique, presented the most challenges in terms of infrastructure.

He details that three different types of transport combinations were used – an 11-axle-line 2-file Cometto trailer and two 14-axle 2-file Goldhofer trailers for South Africa and Zimbabwe; a custom-built girder transportation system for Mozambique up to the base of Songo Pass, and a self-propelled modular transporter for the Songo Pass.

“The transformers only arrived in South Africa on September 16, 2014 and, within 62 days, they had all reached Songo,” notes Van Wyk.

He explains that the $50-million refurbishment project for the Songo power station was awarded to power and automation technology group ABB in 2013. ABB contracted project management company Instar Projects, which, in turn, contracted ALE to oversee the heavy-lifting and transportation services.

Van Wyk concludes that the company is working on several projects in the wind energy sector.