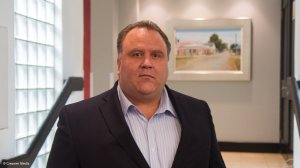 Growth in strategic markets, solid price cost inflation recovery, continued productivity gains from efficiency projects and the positive impact of restructuring activities contributed to a 23.3% year-on-year increase in earnings before interest and taxes for JSE-listed African Oxygen (Afrox) in the 2019 financial year.

CEO Schalk Venter on Wednesday said the company was focusing more on valuable shareholder returns and cash optimisation and that this had continued to pay off for the company.

The company generated cash of R1.4-billion from operations, compared with the R897-million in cash flow generated in 2018, while it achieved an operating profit of R867-million in 2019, compared with either R596-million profit on a reported basis, or R703-million on a comparable basis, in 2018.

A revenue increase of 7.9% year-on-year in the atmospheric gases segment offset a 5.5% year-on-year decline in liquid petroleum gas (LPG) revenue, as well as a 4% decline in hard goods revenue.

The company declared a full year dividend of 101c apiece.

Venter explained that Afrox’s operating profit had increased by 23.3% on a comparable basis year-on-year to R867-million, which was supported by growth in the company’s healthcare business.

In Afrox’s atmospheric gases segment, the company’s bulk volumes improved by 3% owing to various maintenance cycles at customer sites; however, there was lower demand for carbon dioxide from key beverage customers.

The atmospheric gases segment benefitted from new public hospital business that the company was awarded during the year under review. Afrox delivers medical gases and regulators in all nine provinces within the pubic healthcare sector of South Africa.

The company explained that LPG cylinder volumes were unfavourable, owing to acetylene shortages; however, this was offset by good prices achieved in the year under review.

Additionally, Afrox’s LPG segment’s revenue was 5.5% lower year-on-year, on the back of bulk volume declining 6.1% as a result of lower demand from key customers in the motor manufacturing industry, as well as economy-driven reductions in volumes from key industries during the year.

However, household use of LPG was increasing on the back of power cuts in the country.

The 4% decline in the hard goods segment’s revenue was a result of lower customer demand across sub-Saharan African markets – there was lower economic activity within respective market sectors, Afrox reported, including the automotive, manufacturing and petrochemical sectors.

Venter said reduced levels of South African business activity had led to a continued volume erosion in the hard goods segment, lower volumes in the industrial packaged gas business and a reduction in the LPG bulk volumes at industrial customers.

“However, with growth of more than 3% from the LPG cylinder business, the total earnings before interest and taxes of the operating segments increased by R174-million, or 19%, to R1.09-billion,” he noted.

Further, the company was targeting an additional R144-million of cost savings in 2020, after having saved nearly R1-billion between 2015, when Afrox launched its Swift optimisation programme, and the end of 2019.

Venter said the company would continue to focus on specific growth opportunities and effective price cost recoveries while economic growth was expected to remain weak in South Africa.