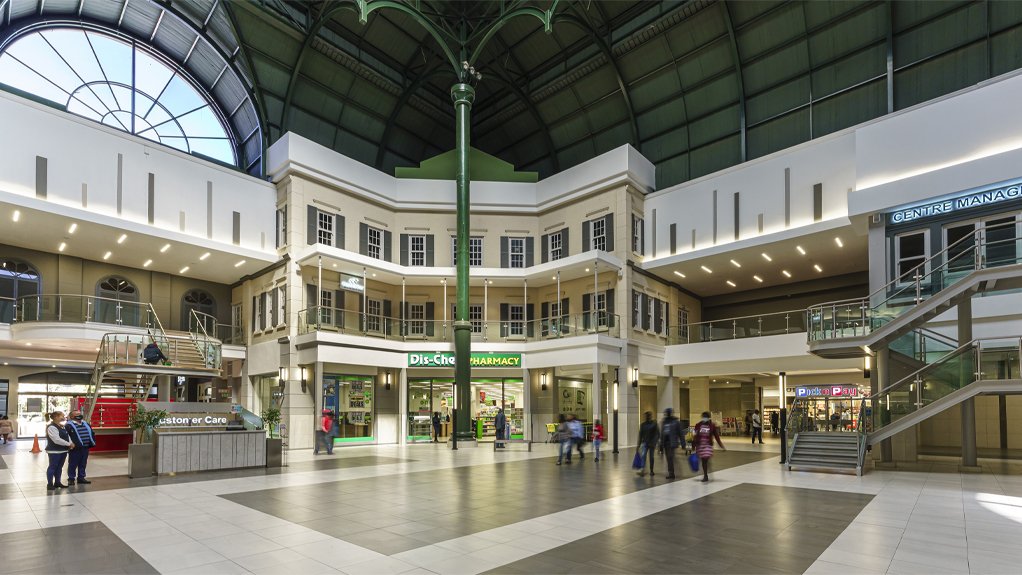 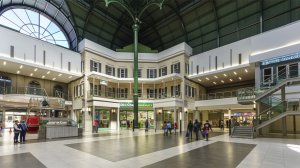 This follows the completion of the final phase of a three-year, R135-million upgrade.

Pick n Pay opened at Lakeside Mall in a 2 500 m2 store and Dis-Chem in a 1 400 m2 store at the end of July, amid the Covid-19 national lockdown. In addition, Pick n Pay Liquor will open in a 130 m2 premises when it is permitted to do so in terms of lockdown regulations.

Growthpoint notes that placing these popular national retail brands side-by-side has created a powerful anchor that balances and complements the weighty combined appeal of Lakeside Mall’s Woolworths, Shoprite and Clicks on the opposite side of the 67 000 m2 regional shopping centre.

There is only one 790 m2 high-profile position remaining in the new configuration and it has a new external-facing shopfront on the mall’s prominent west facade, overlooking Bunyan street.

Growthpoint states that the mall is being highly selective in handpicking a tenant for this area, to add to the strength of the new retail mix.

The redevelopment concludes Growthpoint’s three-year, multimillion-rand programme of investment and improvement at Lakeside Mall. In 2018, it began upgrading the mall’s interior to achieve a modernised aesthetic.

This refurbishment, according to Growthpoint, created a clean, contemporary look with new entrances, ceilings, tiles, columns, handrails, upgraded ablution facilities and energy-efficient lighting. “All these elements add to its quality experience and ease of shopping,” the company states.

“We are genuinely thrilled at the result of its refurbishment, reconfiguration and re-tenanting, and the phenomenally positive impact this project is already having for the mall overall.”

The recent upgrades, alternations and additions refreshed and enhanced the unique features of Lakeside Mall, including its 160-m-long steamboat that appears to be floating on Benoni’s Civic Lake and its town square surrounded by the facades of buildings within the mall’s building.

Growthpoint notes that the addition of the latest major retailers to the mall has been a long time in the making. In 2014, Lakeside Mall’s 5 000 m2 13-cinema complex closed and remained empty.

Growthpoint Properties retail development head Mark Langley says the reconfiguration and introduction of Pick n Pay and Dis-Chem to Lakeside Mall was made possible by Shoprite waiving the exclusivity clause in its lease for the benefit of the shopping centre and its customers.

“We are incredibly proud of this redevelopment, which fundamentally improves Lakeside Mall as a whole.”

To restructure the former cinema space for retail purposes, Growthpoint invested R75-million in its redevelopment, with the company noting that the major project was challenging, as demolition and construction work took place within a busy trading mall.

The mall area was initially built for specialised cinemas, which are very different structurally from shops with large trading floors and. in this regard, removing the internal structural pillars was a particularly challenging element of the project.

Planning the delivery yard for Pick n Pay also presented a challenge for the development team to solve. The new shops and the entire surrounding mall are raised one-storey high on stilt pillars. This area extends to form a bridge that reaches across five lanes of Benoni’s busy Tom Jones street, and links to the upper level of the larger part of the mall.

Making use of Growthpoint’s logistics and industrial property development expertise, a collaborative effort revealed that the best solution to achieve efficient deliveries for Pick n Pay would be through a truck entrance beneath the building.

Elevators were installed especially for this task and a dedicated delivery vehicle entrance was constructed from Mowbray avenue at the north of the mall’s site, alongside an existing entrance to Casseys Auto Benoni Ford. The new delivery entrance features separate lanes for car deliveries to Casseys and truck deliveries to Pick n Pay, with the delivery area being designed with logistics-grade turning circles for Pick n Pay’s trucks in mind.