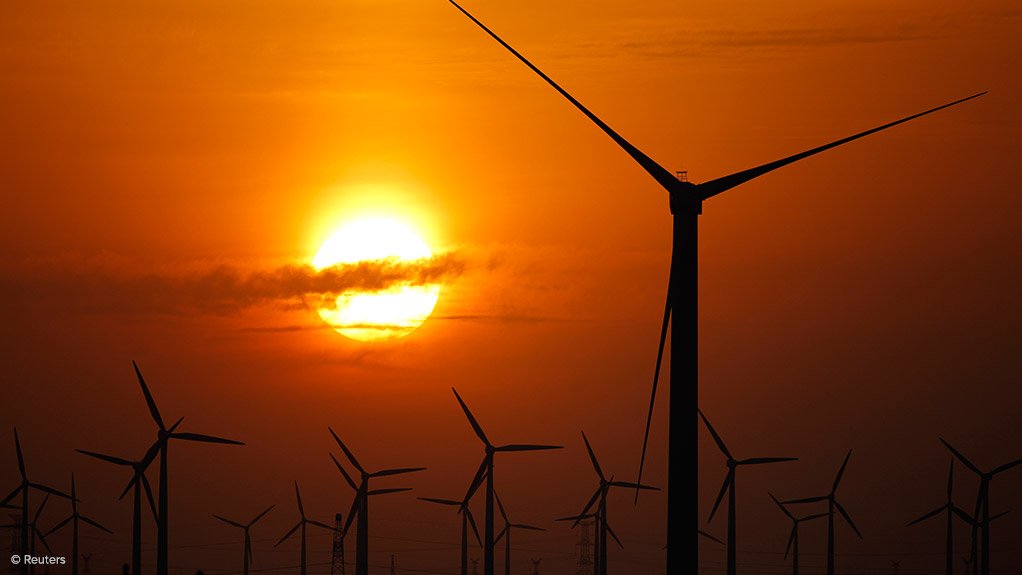 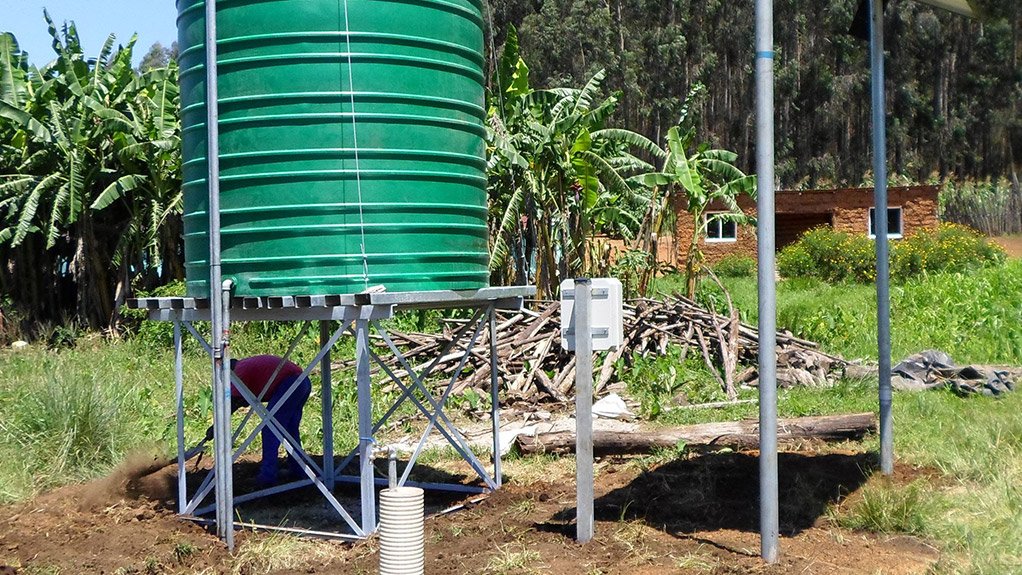 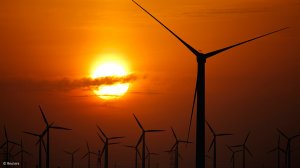 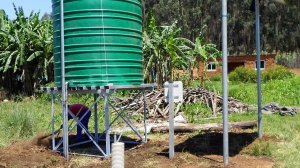 Clients are looking towards greener energy sources to drive groundwater abstraction and reticulation schemes in the rural parts of KwaZulu-Natal, according to the KwaZulu-Natal office of consulting engineers and scientists, SRK Consulting SA.

SRK tells Engineering News that appropriate energy technologies such as solar and wind power are becoming more popular as their efficiencies improve and their capital cost gradually becomes more affordable.

“It is imperative to make better use of renewable-energy sources as grid electricity is not available in some parts of rural KwaZulu-Natal, and the cost of grid electricity is rising steadily in any event,” says SRK associate partner and principal scientist Raven Kisten. “For these reasons, SRK is constantly investigating new applications for green energy in this sector.”

He notes that private individuals in KwaZulu-Natal are largely using solar and wind technologies owing to their improving affordability and have been effective to a point where many have isolated themselves from State-owned power entity Eskom’s power grid. Wind pumps have been used extensively in the past and will continue to be used in combination with solar installations, says Kisten.

“Currently, the deciding factor in the selection of solar-driven systems is the slightly higher initial installation cost,” he says. “However, these systems are proving to be more robust and require low maintenance.”

SRK KwaZulu-Natal has extensive experience in the environmental-impact assessment (EIA) for green energy projects, says SRK senior environmental scientist Philippa Burmeister; through this experience, SRK has gained insights into available green energy solutions that could be implemented for groundwater abstraction and reticulation schemes.

Global Trend She says the shift towards greener energy is part of a global trend, as traditional fossil fuels become more expensive and greener energy technologies less so.

“In South Africa, this shift has been accelerated by concerns regarding energy supply owing to the issues Eskom has experienced,” says Burmeister.

SRK principal environmental scientist Marius van Huyssteen says there has been an upturn in the number of prospective clients emerging in the greener energy and alternative fuels sector, notably independent power producers (IPPs); SRK has already completed a few projects of this type in KwaZulu-Natal.

Van Huyssteen says projects served by SRK in the province in the past ten years have included a basic assessment for a furnace gas-to-electricity cogeneration scheme; a clean development mechanism project at calcium carbide producer SA Calcium Carbide, in Newcastle; environmental consulting and advisory services related to an IPP in a peaking power generation project; and an EIA exemption application for a gas turbine at paper producer Mondi’s pulp mill in Richards Bay.

He points out that the new National Environmental Management Act (Nema) now requires energy generation projects above a certain size to conduct an EIA and obtain the necessary authorisation before proceeding.

According to Burmeister, EIAs are triggered by thresholds specified in recent regulations, including the clearing of more than 1 ha of land for installation of solar panel arrays; the generation of over 10 MW of electricity; or the bulk storage of more than 50-million litres of water.

Failure to plan and conduct EIAs could result in significant delays in the implementation of the systems, she warns.

Understanding the New Regulations Van Huyssteen notes that since the new Nema regulations came into effect in December 2014, it has caused a “flurry of activity”, with many existing and prospective clients unsure of the implications for current and pending environmental applications and project concepts.

“Whenever new legislation or regulations are promulgated, there are transitional arrangements that need to be understood,” he says. “For example, if a client’s application was lodged under the previous regulations, what are the implications under the new regulations?”

He says, while some changes could involve a simple matter of a timeframe or application fee, in other cases, further listed activities become relevant or may fall away completely; this affects how the information is presented, accessed and communicated in an EIA process.

“Therefore, SRK has team members that have championed this drive to understand the changes, many of which are untested with the authorities,” Van Huyssteen says, noting that the company is ably assisting clients in effectively navigating through the amended regulatory processes.

South African consulting engineers and scientists SRK has recently had significant success with its geographic information system (GIS) and mobile mapping technology in a range of different projects in KwaZulu-Natal, says SRK senior GIS specialist Keagan Allen.
These projects range from hydrogeological logging projects, through to housing projects - wherever there is a need for rapid sharing of information from the field to a diverse project team.
“The hydrological project required the near real-time analysis of logged information by members of the project team located off-site,” says Allen. The housing projects required the dissemination of house inspection progress to members of the team – including the client, the Department of Housing and SRK’s internal project team managing the project timelines.
“SRK prefers to use this technology, as there are many projects that require current and sometimes hourly data from fieldworkers; the Internet and mobile mapping devices allow for the capturing of spatial and non-spatial information in a cost-effective and efficient manner,” he emphasises.
SRK partner and principal civil engineer James Morris notes that project leaders deal with the management of project teams that are creating vast amounts of information, much of which is spatial.
“These project teams are often multidisciplinary. The technical team members are not necessarily decision-makers who, in turn, are not necessarily versed in the explicit detail of the technical aspects, which can make managing the project and decision-making, a complex and time-consuming process,” he says.
Therefore, SRK has recognised the need to develop a multidisciplinary approach for use in its projects, Morris adds, noting that using GIS, mobile-mapping and data visualisation enables all project team members to access various levels of information through the Internet, on their mobile devices on site or in the office.
“Ultimately, this allows for better visualisation, decision-making and information dissemination on complex and multidisciplinary projects,” he suggests.
Further, using mobile devices, such as phones, phablets (a smartphone with a screen the size between that of a typical smartphone and a tablet computer) and tablets, enables users to have access to devices they are familiar with, thus reducing the level of specialised training, Morris says.
He adds that a mobile device linked to the Internet allows for two-way information flow, where data can be captured in the field and linked directly to a database in an office.
This two-way flow can streamline the workflow, as a fieldworker does not need to return to an office environment to collect new data or drop off collected data.
Moreover, using mobile apps and mapping techniques helps to reduce the errors in the data capture process, such as inconsistent or insufficient data capture and spelling errors.