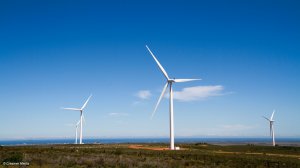 A report indicating that the South African government may seek to renegotiate power purchase agreements (PPAs) concluded with independent power producers (IPPs) in 2011 and 2012 is raising alarm bells within the industry, which is still recovering from a protracted period of uncertainty created by Eskom’s refusal to sign new PPAs between 2015 and 2018.

Business Day reported on Friday that Public Enterprises Minister Pravin Gordhan had proposed that contracts concluded during the first two bid windows of the Renewable Energy Independent Power Producer Procurement Programme (REIPPPP) be renegotiated to “alleviate pressure on Eskom and the electricity tariff”.

A total of 47 projects were procured during the two bid windows at 20-year tariff rates that are far higher than those achieved in subsequent competitive auctions in 2013, 2014 and 2015.

Average solar PV tariffs, in 2018 prices, came in at R4.02/kWh in bid window one and R2.40/kWh in the second bidding round, while wind tariffs of R1.67/kWh and R1.31/kWh were achieved during the two bid windows. Tariffs bid for both technologies subsequently declined to R0.68/kWh in the so-called ‘expedited’ bid window of 2015, also referred to as Bid Window 4.5, which was cancelled by the Department of Energy (DoE).

Gordhan made the remarks during a meeting of Parliament’s public enterprises portfolio committee at which it was also confirmed that South Africa’s electricity utility Eskom was technically insolvent and would require further support by April to shore up it’s going-concern status.

The Minister’s comments were not included as part of his formal presentation to lawmakers and, at the time of publication, Engineering News Online was unable to confirmed with the Department of Public Enterprises (DPE) whether they represented a firm policy position.

South African Wind Energy Association (SAWEA) CEO Brenda Martin told Engineering News Online that the association was also seeking to establish the status of Gordhan’s comments. She cautioned, though, that any renegotiation of terms of the PPA would represent a “clear breach of contract” and could be damaging to investor confidence.

Martin confirmed that the matter of IPP costs had been raised informally, but stressed that none of the preferred bidders associated with SAWEA had received formal notification of government’s intention to renegotiate the terms of the PPAs.

Should such a request materialise, however, it would have far-reaching legal and financial implications. “Renegotiation, besides raising the spectre of breach of contract, would require extensive and careful process to ensure fairness to affected investors while also providing sufficient assurance to prospective investors,” Martin adds.

It could also undermine sentiment towards the REIPPPP, which is still held in high regard, despite the three-year hiatus in the finalisation of 27 IPP projects procured in 2015, but only signed-off in early 2018 after Cyril Ramaphosa succeeded Jacob Zuma as President.

Government, Garner said, has designed a world-class programme to activate renewable energy in South Africa. “Private investors followed the rules of this programme and were awarded 20-year PPAs in a competitive process in which they took risk that was reflected in the hurdle rates they used for investments. Trying to change the rules in an environment where the President of the country wants to attract more investment will be counter-productive and would lead to less investment in the future.”

The higher tariffs of bid windows one and two were a reflection of the higher cost of technology at the time, as well as the higher cost of finance due to initial uncertainty surrounding the REIPPPP. “The cost that IPPs paid for the technology cannot be renegotiated and the investment risk in the country has since increased, not decreased,” Garner told Engineering News Online.

Allen & Overy partner Jason van der Poel warned that, unless the IPP agreed to a renegotiation, the legal battle could be a protracted one in light of the contractual obligations on Eskom and the DoE.

Should a reduction be implemented unilaterally, IPPs could draw on the ‘unforeseeable conduct’ clause in the PPAs, relating to government actions that either negatively affect the tariff, or have an adverse economic effect on the projects. In such circumstances, the IPP is entitled to compensation or relief from Eskom, which places it in the same overall position as would have prevailed in the absence of the unforeseeable conduct.

“In other words, Eskom is bound to respect the agreed tariff under the existing PPAs, and the DoE has agreed in the implementation agreements to make payments where Eskom, as buyer, does not,” Van der Poel told Engineering News Online.

Spain, he added, represented an example of just how drawn out disputes between IPPs and governments could become. The European country has faced ongoing legal challenges after introducing regulatory changes that adversely impacted the economics of renewables projects developed on the basis of “generous” subsidies first introduced in 2007.

“Approximately 33 dispute resolution cases were commenced against the Spanish state. A first arbitral award in 2017 in Eiser Infrastructure versus Kingdom of Spain found that Spain had violated certain treaty obligations and Spain had to pay damages to the investors,” Van der Poel outlined.

Enertrag South Africa CEO Tobias Bischof-Niemz, previously of the Council for Scientific and Industrial Research Energy Centre, argues that any move to renegotiate the contract will represent a “zero-sum game”, as it will damage investor confidence and increase the cost of capital.

As an alternative, Bischof-Niemz believes government could consider offering additional value to the IPPs by extending, subsequent to a competitive process, the PPA periods by a further ten years. “That additional value clearly needs to be paid for and it could be paid for by lowering the current tariff.”

The core principle, he adds, must be that the IPP is able to choose between the new duration or simply staying on the current contractual terms and conditions. "Otherwise it would be a forced renegotiation, which would destroy investor confidence."

SAPVIA’s Chown concurs, arguing that a one-dimensional renegotiation will not create value for South Africa.

Bischof-Niemz’s Initial calculations indicate that, with an additional ten-year operational lifespan, the solar PV power stations procured during the first two REIPPPP rounds could shave between 20% and 30% from their tariffs.

“That said, the best and easiest way to reduce the weighted average renewable-energy tariff is simply to procure new low-cost wind and solar PV, consistently and at a significant scale.”

Meanwhile, SAIPPA’s Garner called for the Integrated Resource Plan to be released and next bid windows announced “to create further certainty that will lead to investment in an energy sector that could then assist in resolving the supply-side challenges that the country faces”.

Instead of “tampering” with the PPAs, Garner urged the DPE and Eskom to focus on “fixing the real problems at Eskom, namely low productivity, high staff costs, unreliable power stations and high coal cost.  They should also publish a clear plan for closing older coal fired power stations.”