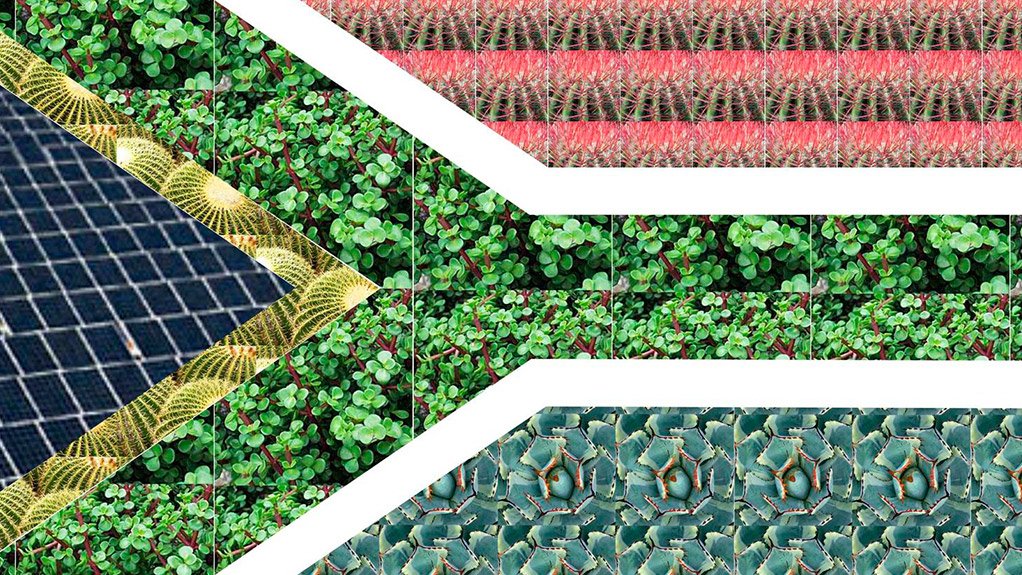 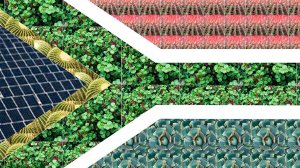 Schematic of the planned Giant Flag

Construction of the R170-million Giant Flag project, in the Camdeboo municipal area of the Karoo, is scheduled to start early next year, creating more than 700 jobs in the area.

The 66 ha South African flag would be made up of 2.5-million coloured succulents and a 4 MW solar field. The novelty project would also include a conference centre; boutique hotel; a small, medium-sized and microenterprise (SMME) hub; a nursery; and an underground reservoir for groundwater harvesting.

“There will be permanent and sustainable employment including new SMMEs based on the existence of the flag. [Other] activities will include hot-air ballooning and microlight sky tours of the Giant Flag, the sale of honey from the many beehives to be established to pollinate the succulents and cacti, ‘plant your own flag’ take away succulent trays, ecotourism initiatives directly connected to the flag and the increased use of airport facilities. This should result in increased overnight stays and flag festivals,” Giant Flag trustee Samantha Jankovich said.

The Giant Flag would be 1 km long on either side and would reach a height of 600 m, and would be completely green and off-grid.

The 4 MW of power to be generated by the project would be sold to the local municipality and Monetego Foods, who had already signed letters of intent, Jankovich said, adding that, as a nonprofit organisation, the trust intended to use the proceeds from the power sales for social projects, as well as to ensure that the project is self-funded.

The Eastern Cape Development Corporation (ECDC) on Thursday announced that it had injected just over R1.2-million into the project, made up of R899 000 for the acquisition of environmental authorisation and town planning services and R356 000 towards the launch of the project.

“ECDC took a decision to support the project due to its strategic importance to the development of the tourism industry in the region. ECDC’s strategy puts more emphasis on support toward green economic initiatives and the Giant Flag became a perfect fit,” ECDC risk capital specialist Phakamisa George said.

Meanwhile, the Development Bank of Southern Africa (DBSA) funded the business plan and the Camdeboo local municipality had shown its support by committing 100 ha of municipal commonage for the project.

The DBSA had also signed a letter of support for R50-million from its Green Fund, while Princess Irene of Holland also provided seed capital for the project.

Meanwhile, Toyota South Africa confirmed that it too was a sponsor of the project, stating that it would donate various vehicles required for the build-up and sustainability of the project.

Toyota will provide the Giant Flag team with Hilux and Fortuner vehicles, besides other models, for the duration of the project. The bulk of the vehicles would be used in the construction phase for several purposes, including transporting succulents, as well as transporting employees to and from work. Thereafter, two Prius units would be used as tour vehicles on the flag.

Currently, the Giant Flag project was in the activation phase, which would, at a cost of about R5-million, initiate a year-long global communications campaign to create awareness about the flag, develop a website and Web app, produce a series of 52 weekly documentary short films and mobilise the community.

The flag was expected to be finished in 2016.