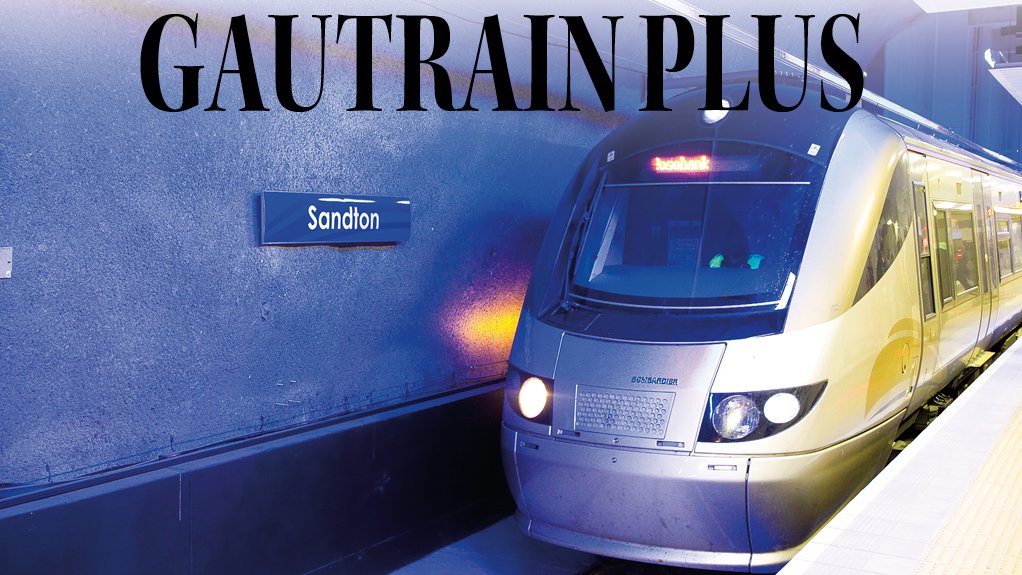 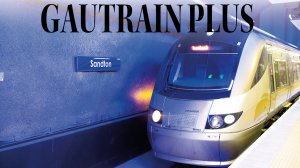 Building and operating the Gautrain rail system has always been a complex numbers game, ever since former Gauteng Premier Mbhazima Shilowa first announced the project in 2000.

Six years from the start of operations in 2010, not much has changed.

Gautrain Management Agency (GMA) CEO Jack van der Merwe and his team have to keep an eye on the daily running of the system by operator Bombela, deal with financial claims dating back to the construction period and attempt to mitigate the current capacity crunch, while also casting their minds ahead to the possible expansion of the rail system.

Four New Lines
The feasibility study on the possible expansion of the 80 km Gautrain system should be completed by the end of August, says the 67-year-old Van der Merwe –who has just signed another three-year contract as head of the GMA.

Van der Merwe says the expansion project has been registered with government as a public–private partnership, similar to the current Bombela-operated Gautrain system.

The project forms part of the Gauteng government’s 25-year Integrated Transport Master Plan (ITMP25), which views rail as the backbone of the public transport system in Gauteng.

No doubt ‘Gautrain 2’ will be another multibillion-rand project, with the current Gautrain system having been built at a cost of R26-billion.

However, with government short on funds as the economy continues to falter, and occupied with a R51-billion deal to provide Metrorail with new rolling stock, it may be difficult to secure the necessary funding and political buy-in.

With Gautrain operator Bombela set to receive around R950-million in government subsidies this year, similar to last year, it is an open question whether government wishes to subsidise an expanded Gautrain rail system.

National Treasury intergovernmental relations deputy director-general Malijeng Ngqaleni noted in June that the current system of public transport subsidies, largely “subsidising the middle class”, was “clearly not sustainable”. She referred to the Gautrain as the recipient of a “huge subsidy”.

Quoting figures from the 2014 National Treasury Expenditure Performance Review of South Africa’s Public Transport and Infra- structure Systems, she noted that the municipal bus service received an operating subsidy per passenger per trip of between R16.75 and R24.36, while conventional bus services, such as Putco, received between R11.40 and R16.89.

Bus rapid transit (BRT) systems received between R11.76 and R15.12. The operating subsidy for Metrorail was R3.73 per passenger per trip, and R60.30 for the Gautrain.

48 New Coaches
One way the Gautrain will be able to reduce its subsidy is to attract more passengers.

Addressing the European Federation of Railways Trackworks Contractors in 2005, the then VP of the European Investment Bank, Wolfgang Roth, said real passenger numbers on rail projects always turn out to be 39% lower, on average, than forecast.

Van der Merwe says there are a number of factors that influenced Gautrain ridership, including two the GMA had no control over.

The first is the fact that government has not rolled out e-tolling on Gauteng’s highways as envisaged – and definitely not at 50c/km as planned when the Gautrain project was hatched. Therefore, there is still no real push towards public transport in the province, as most commuters continue to use the freeways without paying tolls.

Also, construction of Zonk’izizwe, an Old Mutual Property Investment mixed-use development, in Midrand, next door to the Gautrain station, did not materialise as promised, with the Gautrain’s Midrand station now standing somewhat forlorn next to an open piece of veld.

The one development that did materialise, albeit only recently, is the booming Waterfall shopping, residential and office development – on the other side of the N1.

This location adds significant travel time to any Gautrain shuttle travelling from Midrand station to the Waterfall development. It also raises questions of competitiveness, compared with private vehicles.

Midrand station was planned to be in the thick of the Zonk’izizwe development, says Van der Merwe, making it a destination station, where passengers would get on and off the train, creating seat churn – which meant selling the same seat more than once during the Pretoria–Johannesburg journey.

Now, however, passengers climb on board in Pretoria and travel all the way to Johannesburg.

This also means that the Gautrain has reached capacity during peak hours.

In an effort to remedy this situation, the GMA has issued a tender for 48 new coaches.

This tender also includes a new depot to house the rolling stock, as well as improvements to the signalling system.

Loan funding for this project has already been secured, says Van der Merwe.

Six Minutes
An improved signalling system will see the headway between trains drop, meaning it will be possible to run more trains during peak hours, says Van der Merwe.

Marlboro station currently faces a logjam, as the Marlboro–Sandton tunnel must accommodate both the north–south and east–west train services.

New signalling would, however, not be able to solve the problem in its entirety, says Van der Merwe – which is why the GMA is investigating the construction of new tunnels, with two possibilities under investigation as long-term solutions.

A second Marlboro–Sandton tunnel would further decrease headways between trains, while a second train tunnel between Park station and Sandton station would also see an increase in the capacity of the system.

Again, headways could be reduced significantly.

It is highly probable that the Sandton station–Park station tunnel would have to be built using a tunnel-boring machine, says Van der Merwe.

Significant groundwater presence means that the drill-and-blast method would not be the best solution.

A third tunnel option, should the four lines from the feasibility study become a reality, is the construction of a tunnel from Randburg to Sandton, and continuing to Marlboro.

“There is no timing yet for any of these projects,” notes Van der Merwe.

150 Buses, 150 Taxis
Marlboro station does not have a Gautrain bus feeder and distribution service.

However, following negotiations with minibus operators, the GMA approved a minibus service that operates on a fixed timetable and minimum standard from the station.

It leaves at a fixed time, even though there may only be one passenger on board.

The taxi routes do not overlap with those of the Gautrain buses.

Gautrain users can buy their taxi tickets at the station’s ticket office.

The taxis do not accept the Gautrain gold card.

“The taxi operator receives the fare, and the GMA also assists him or her to buy a new vehicle. The Gautrain receives the benefit of expanding its footprint,” says Van der Merwe.

While the Marlboro service has been operational since 2011, the Centurion service started in June.

Another minibus taxi service that has emerged is a weekend shuttle service between Montecasino and Sandton station.

“In two to five years, I would like to see 150 Gautrain buses and 150 Gautrain taxis operating around the Gautrain stations,” says Van der Merwe.

This project should be completed in the first half of next year.

The agency is also investigating the addition of two floors to the Rosebank and Hatfield parking garages.

“We are also investigating expanding the parking facilities at Pretoria station. Increased use of the Gautrain from here has seen parking become a problem,” adds Van der Merwe.

The Marlboro, Sandton and Johannesburg stations still have sufficient parking bays, he adds.

“However, we cannot continue [adding] parking. At some point, Gautrain users will have to make use of other forms of public transport.

We cannot build parking for 60 000 passengers.”

4.5 Coaches
Expansion work at the OR Tambo International Airport station will soon see passengers use the Gautrain on an extended platform.

Currently, only 2.5 coaches can open their doors on the platform – this will be expanded to 4.5 coaches, allowing for an eight-car train to travel to the station.

Gautrain 2
Convincing the powers that be of a Gautrain 2 will not be easy, and neither will building such a system, acknowledges Van der Merwe.

“When we have the feasibility study, the provincial government will have to go to Treasury with the 2015 KPMG study in hand, showing that every rand invested in the Gautrain has yielded R2 in investments within a five-year period.”

As to the subsidies the Gautrain receives, Van der Merwe notes: “[There is] no Living Standards Measure (LSM) for congestion. Everybody sits in traffic. You, me, trucks, taxis. It is the middle class you have to convince to get out of their cars and onto public transport.

“Also, everyone requires and deserves public transport, especially as urbanisation and the population count in Gauteng continue to speed up.

Gautrain 2 is part of a long-term vision for the province. We require an expanded rail system to avoid gridlock on our roads.”

While the Gautrain was initially imagined to be a white elephant, its black ridership is estimated to be around 64%.

R624-million
Earlier this year, the GMA was faced with the news that the arbitration tribunal that made the ruling on the Bombela Concession Company’s (BCC’s) Gautrain Sandton station cavern claim had increased its provisional quantum award of R354-million, as set in March, to R624-million (excluding VAT).

The award relates to a claim lodged by the Bombela Civil Joint Venture (BCJV), through the BCC, against the Gauteng provincial government for the costs incurred as a result of design changes to the Gautrain project.

The construction of Sandton station was tendered as a cut-and-cover design; however, this was subsequently changed under a varia- tion order issued by the Gauteng provincial government to a cavern design, which attracted additional costs.

The BCJV was responsible for the design and construction of the Gautrain system. The shareholders of the BCJV were Murray & Roberts (45%), Bouygues (45%) and SPG (10%).

The Gauteng provincial government has since instituted High Court proceedings to review the quantum award.

BCC is opposing the application for review.

Murray & Roberts has also presented the Gauteng goverment – of which the GMA is an agency – with a claim for the additional costs incurred following a design change to the Gautrain bridges over John Vorster and Jean avenues, in Centurion.

The tribunal ruled in favour of BCJV on this matter on May 4, with the quantum of the claim to be determined in October.

Another claim not yet ruled on considers what has been termed the late handover of land.

The provincial government had to hand over 1 400 parcels of land to BCJV at designated periods. Bombela says this was done late and out of sequence, making construction more costly.

This claim is scheduled for arbitration in the second half of 2017, says Van der Merwe.

“However, I doubt whether a verdict will be delivered at the end of 2018.

“We will see where these claims go,” he adds. “If we need to pay, the province will pay.”

In 2013, BCC saw an arbitration award made against it regarding water ingress in parts of the main Gautrain tunnel.

The award consisted of financial compensation for noncompliance in certain parts of the tunnel and remedial work in other parts.

“We have high availability and punctuality. The Gautrain has exceeded my wildest dreams.

“With the additional rolling stock we are acquiring, and the other projects the GMA and Bombela are rolling out, it is possible for the Gautrain to carry 90 000 train passengers a day in 2020.”