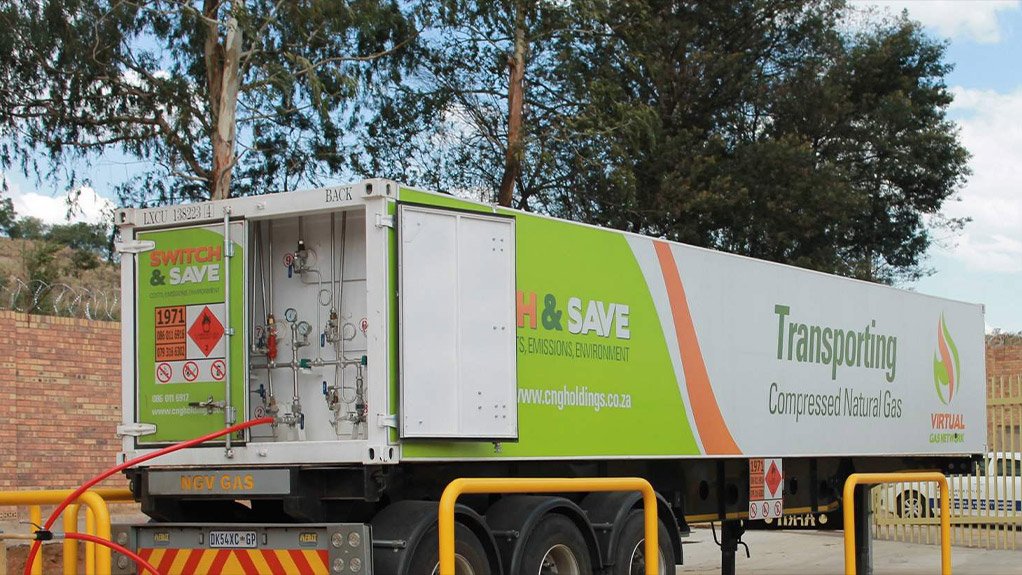 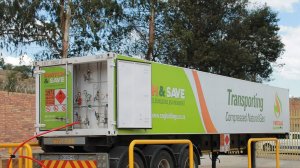 This is achieved through the efficient road distribution system which Virtual Natural Gas uses to supply CNG to large-scale industries.

“In South Africa, CNG is in high demand, and industries should implement conversions sooner rather than later to ensure access to the lower gas prices,” claims Virtual Gas Network group sales and marketing manager Wayne Williams.

He adds that CNG has a multitude of industrial uses; many manufacturing processes require heat to melt, dry, bake, or glaze a product. Further, CNG is consumed primarily in the paper, pulp, metals, stone, plastics, chemicals, glass and food processing industries.

Some of these industrial applications include similar uses found in residential and commercial settings, such as heating, cooling and cooking.

“However, the energy demand is usually on a greater scale in the industrial sector, which makes a reliable and economical source of energy vital,” adds Williams.

Combustion machinery such as boilers and burners require significant amounts of consistent energy for uninterrupted production. CNG is able to provide a consistently high energy heat; this makes it a powerful fuel, with the capacity to fire various high-energy demanding machinery. Despite it being a powerful fuel, CNG has fewer impurities, it is less chemically complex, and its combustion generally results in less pollution.

Natural gas burns cleaner than most fossil fuels, it improves equipment and plant performance and it reduces maintenance by lessening the build-up of carbon residues and stench within components, which leads to increased production time.

Mining is one of South Africa’s biggest industries, unfortunately, most mineral substances that were closer to the surface have been extracted and are no longer available. For this reason, mining operations are required to dig deeper for valuable underground materials. As miners go deeper, enormous amounts of energy are used to power equipment and operate trucks.

In contrast to the combustion of oil and wood, CNG produces less carbon dioxide (CO2), sulphur dioxide, nitrogen oxides and particulate matter. The reduction in CO2 could affect personal health, the environment and the atmosphere as well as reduce carbon tax liability.

Williams adds that CNG has innumerable uses in various industries, with new applications and technologies being developed continuously.

“Natural gas plays an important role in the success of productive, cost-effective and environmentally sound industries globally,” he concludes.