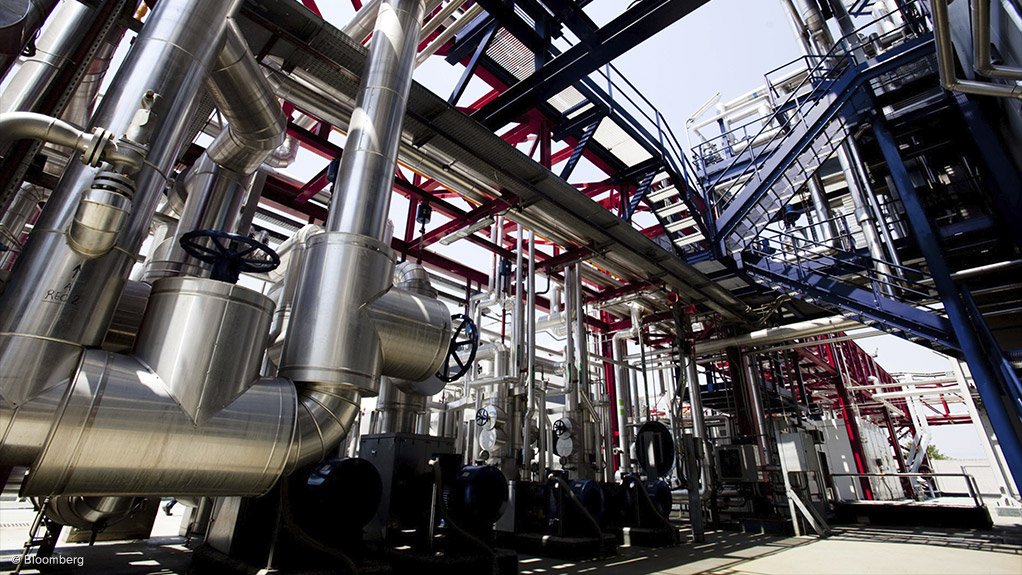 It’s the most nettlesome problem in the quest to ditch fossil fuels: how can you get thousand-degree heat used in factory furnaces without pumping billions of tons of greenhouse gases into the atmosphere?

Heat-intensive processes like steelmaking and oil refineries are the starting point for production of everything from cars to life-saving medicines. But fueling their ultra-high temperatures requires burning coal, oil and natural gas. That makes industry responsible for about 20% of the carbon dioxide produced by humans and heating processes, and a bigger emitter than all cars and aircraft combined.

Under mounting pressure from protesters and climate-conscious investors, major industrial companies and governments are scrambling for a solution. They’re finding the most likely alternative may be hydrogen.

“Hydrogen has a big advantage,” said Markus Krebber, the finance director of RWE, Germany’s largest electricity generator. “You can use it in everything that’s difficult to electrify, from long distance trucks, barges, trains, maybe planes one day. It will be needed to decarbonise the power sector 100%.”

The gas is the world’s most abundant element and powered rockets and airships in the last century. It flames at 2 000 °C, while giving off no more than water vapor as exhaust.

The biggest problem with hydrogen is that it’s currently expensive to make — and most often is derived by splitting up molecules of natural gas, producing carbon dioxide in the process.

But that’s changing. Some of Europe’s most important names in energy and industry are racing to develop emissions-free ways of producing hydrogen. They’re focused on using electrolysis, where an electric current passes through water, splitting off hydrogen atoms from oxygen. That technology is well known and growing cheaper by the year. When it’s driven by renewable energy, it makes what the industry calls green hydrogen.

“It’s not witchcraft,” said Thomas Kolf, a professor at the Karlsruhe Institute of Technology. He’s the lead engineer on a project to convert green electricity into hydrogen and methane in the east German town of Falkenhagen. “The question is, how do you scale it up?”

A handful of blue-chip companies are leading the race to commercialize green hydrogen. They include utilities such as Uniper and RWE, machinery maker Siemens and industrial gas giant Air Liquide.

Having successfully piloted small-scale plants, they’re partnering with deep-pocketed oil majors such as Royal Dutch Shell to bring production to commercial scale. Governments are starting to think about the potential for green hydrogen and how to nurture its production and distribution.

The push to develop green hydrogen technology comes as Europe’s biggest industrial firms grapple with climate activists, politicians and investors demanding to know how they’ll slash emissions. A string of extreme weather events have pushed the environment to the forefront of public consciousness and is driving gains for green parties in elections.

“Cutting carbon in half by 2030 and reaching net-zero carbon before 2050 will help avoid the most catastrophic impacts of climate change on our economy, communities and environment,” said Mindy Lubber, board member at Climate Action 100+, which speaks for investors managing more than $35-trillion of assets. They want companies to act “more quickly” or risk being excluded from funds.

With measures such as improving insulation and training staff to curb energy use mostly exhausted, industrial firms are now looking at hydrogen to open up a deeper level of decarbonization. Steelmaker Thyssenkrupp in November started testing hydrogen in its Duisburg steel mill.

Even the world’s top natural gas exporter thinks a piece of the market will embrace hydrogen. Gazprom, the Russian company that supplies much of Europe’s gas, is trialing hydrogen at the Siberian town of Tomsk. Researchers are refining a process that heats the methane found abundantly under the frozen Siberian tundra into solid carbon and hydrogen gas. The carbon could go into chemical production and the gas used as an emissions-free fuel for heavy industry.

Gazprom’s embrace of hydrogen as a growing alternative to natural gas comes alongside President Vladimir Putin’s about-turn on climate policy. The president, who once joked that snow-covered Russia could use higher temperatures, this September signed the world’s fourth-largest greenhouse gas emitter to the Paris Agreement on climate change, citing more frequent freak weather events.

Gazprom’s engineers are also investigating whether they can insert hydrogen gas into natural gas pipeline networks.

“We think it will be a very good solution which will decrease emissions,” said Elena Burmistrova, the CEO at Gazprom’s export arm.

In the woodlands skirting Falkenhagen, Uniper has successfully generated hydrogen from electrolysis powered by a wind turbine.

The gas could be transported to industrial companies or used to store energy generated by wind turbines, according to Axel Wietfield, head of storage at the utility. The project has caught the eye of oil major BP. Both companies are working on a larger project that would provide 100 MW of energy, the size of a small power plant.

While the companies are all confident the project will work, question marks remain over whether hydrogen can ever be profitable.

“The problems with hydrogen are more economic than technical,” Wietfield said.

Those economic hurdles are daunting. Green hydrogen costs between $2.50/kg to $6.80/kg to make due to the relatively high costs of renewable-powered electrolysis, according to analysis from BloombergNEF. Those costs would need to fall below $2 dollars in order to make renewable hydrogen competitive with coal, and to around 60c to beat the cheapest natural gas-based production, according to BNEF.

But those production costs are expected to tumble as electrolysis technology becomes more efficient and production is scaled up. Moves by European governments to increase the cost of carbon dioxide emissions could further tilt the economics of the market in favor of hydrogen.

There’s other hurdles. Manufacturing huge amounts of green hydrogen may strain electricity grids overwhelmed by the revolution in electric cars. It may be that production is concentrated in southern Europe, where the gas can be made most cheaply with abundant solar power.

But for now, hydrogen is offering the most plausible solution to one of the most intricate problems for the transition away from fossil fuels. Concerns about climate change will continue to rise, but so will demand for metals, building materials and chemically-derived medicines, all of which start with a powerful source of heat.

“If I have to make a bet for the future, hydrogen is definitely one of those,” said Fatih Birol, executive director at International Energy Agency, said in an interview with Bloomberg TV.