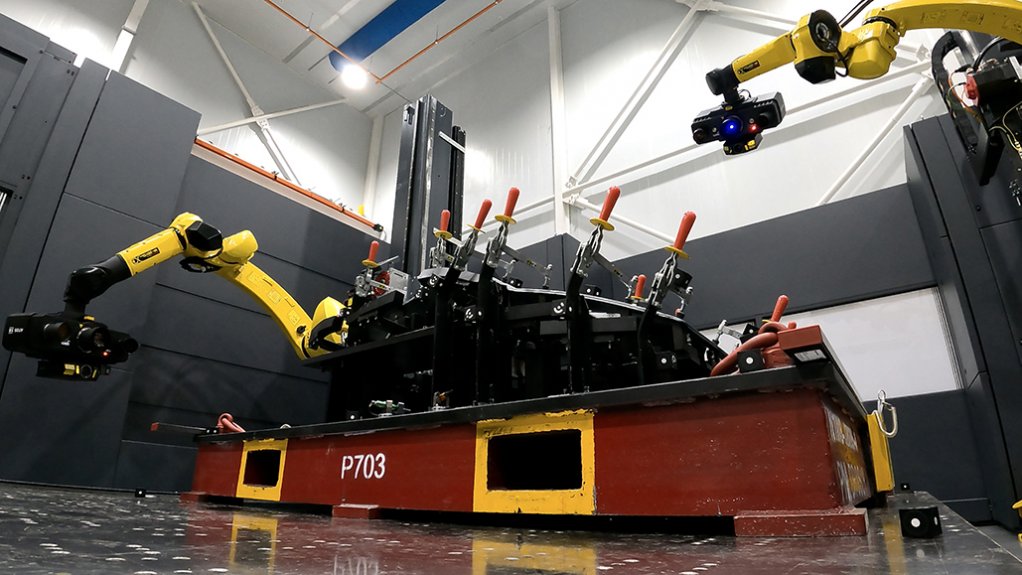 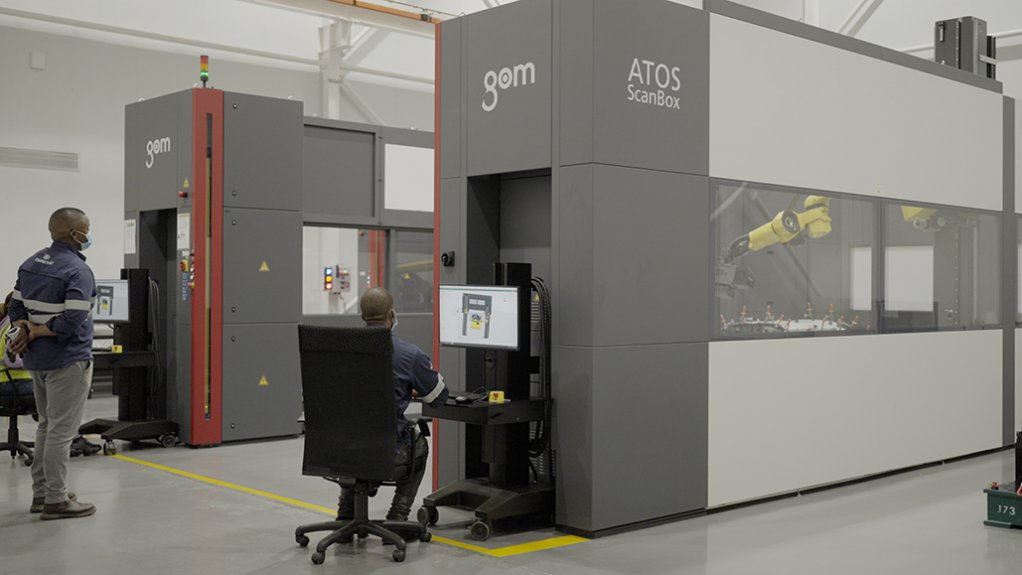 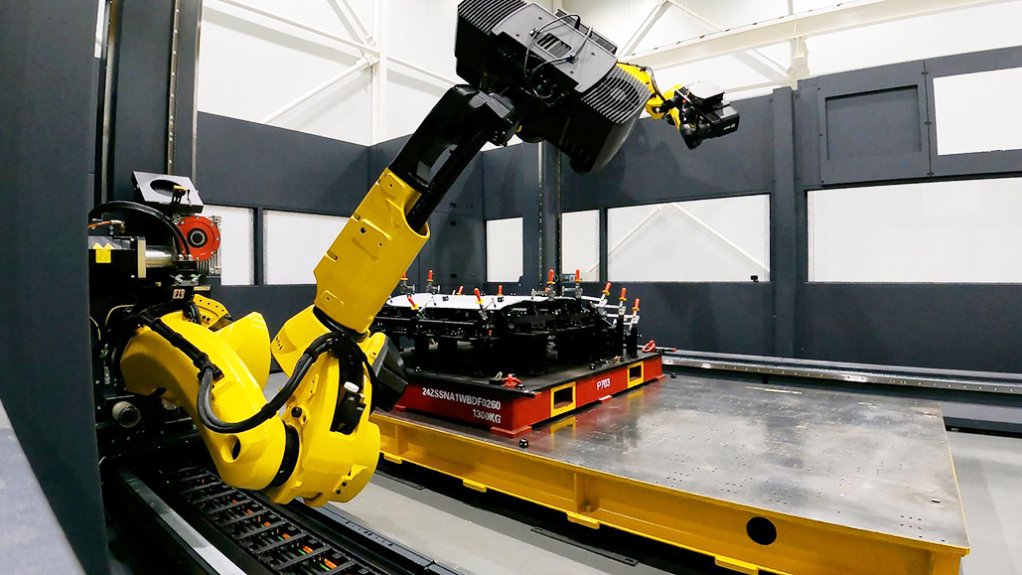 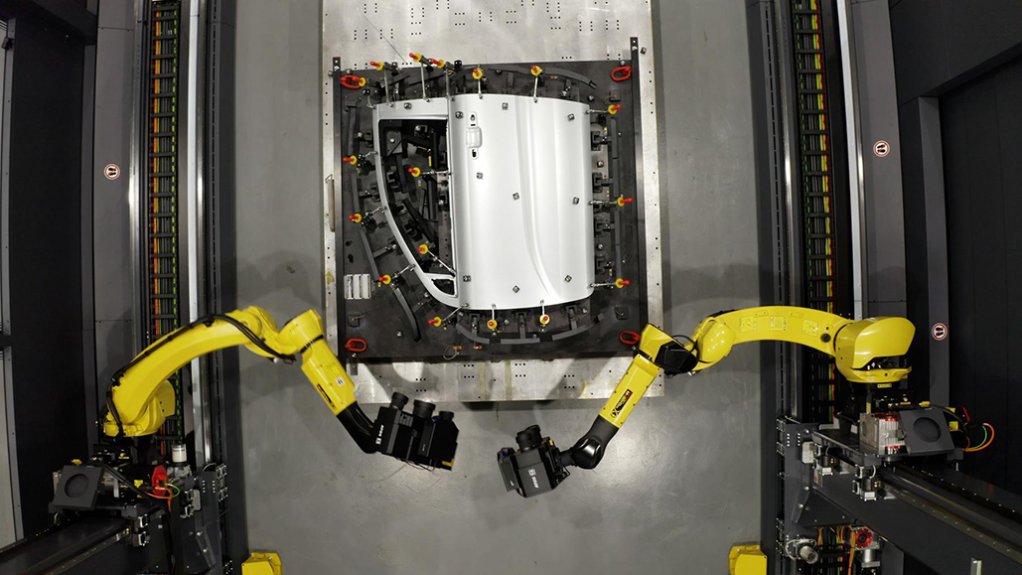 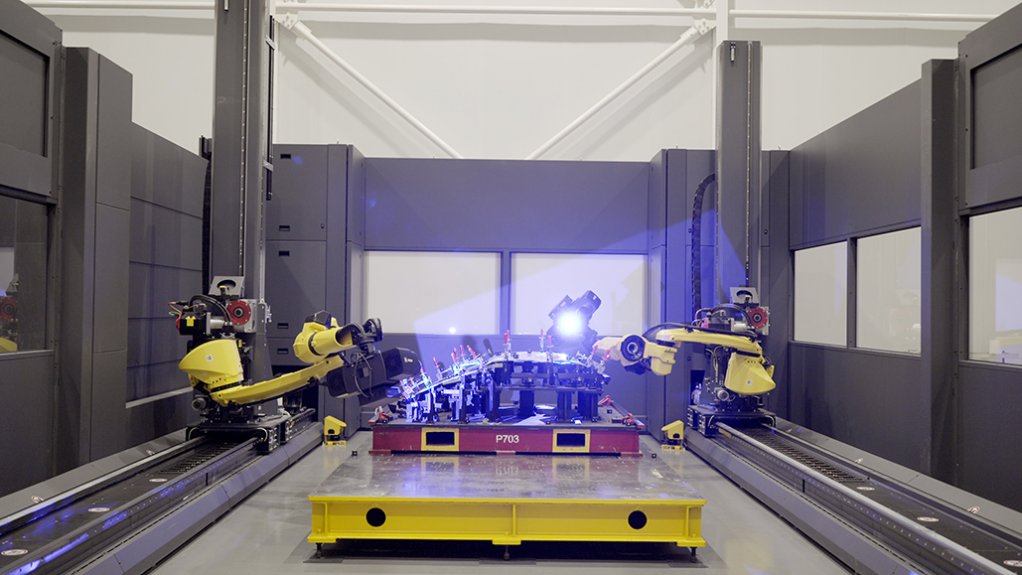 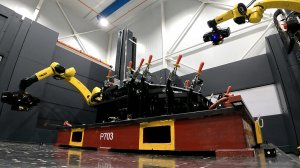 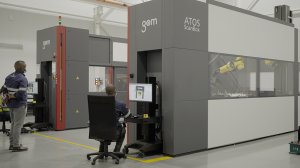 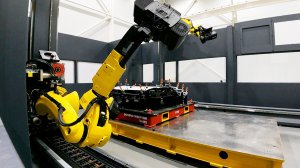 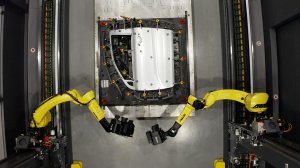 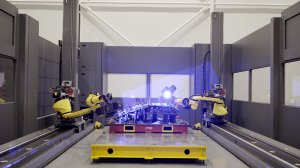 The new stamping plant at the Ford SA plant in Silverton

Ford Motor Company has kicked off production at its new stamping plant at the Ranger assembly complex in Silverton, Pretoria.

The new facility measures 10 320 m2 in floorspace, equivalent to almost 1.5-times the size of a standard soccer field.

The stamping plant forms part of a R15.8-billion investment in Ford’s South African operations to prepare it for production of the new Ranger pickup for the local and export markets.

“Previously we used external suppliers to stamp our metal body parts, but we decided to set up our own stamping plant for the next-gen Ranger, which will go into production later this year.

“With our focus on delivering the highest levels of quality and efficiency for the next-gen Ranger, it was essential that we brought stamping operations in-house.

“This ensures that we are able to control the production quality throughout the stamping process, validate that all parts are within specification, and then deliver them directly to our new body shop located adjacent to the stamping plant.”

“The new stamping facility also dramatically improves our plant capacity and efficiency with a higher level of automation, while eliminating the time, cost and potential damage incurred when transporting these parts by road,” adds Davies.

“Most importantly, it allows us to deliver vehicles of the highest quality to our customers in South Africa and more than 100 markets around the world.”

The stamping plant comprises five tandem presses, including a 2 500 t draw press, a 1 600 t press and three 1 000 t presses that stamp the flat sheet metal into the various inner and outer body panels required for all three body styles of the Ranger, namely single cab, supercab and double cab.

The presses are housed in a sound abatement enclosure to reduce the noise generated by the operations, with an automated interpress feeder system transferring the stamped panels along the process to the end of line.

The entire line is fully automated, with an installed capacity of 16 strokes a minute.

“We have 47 die sets with a total of 208 dies producing 67 different parts, including the floorpan, body sides, roof, bonnet, doors and load box,” explains stamping plant area manager Jan Groenewald, who heads up the team of 22 salaried employees and around 270 hourly employees at the facility.

To facilitate the movement of the heavy dies, the facility is equipped with a 50 t automated sling crane, two 60/20 sling cranes, and a 50 t semi-gantry crane.

“The Silverton assembly plant now has an installed capacity for 200 000 vehicles a year,” says Groenewald.

“When running at full capacity, the stamping plant will be processing 272 t of steel per day over a three-shift system.”

“This is one of our important new technologies that enables us to measure the perimeter and surface dimensions of each part, and generate an accurate three-dimensional (3D) model that is compared to the stored 3D model on our computer system,” notes Groenewald.

“The ScanBox has reduced the scanning and measurement of parts from more than an hour to less than three minutes.

“We have three-hour production runs scheduled at a time, and the ScanBox measures 30 consecutive parts during each production run,” says Groenewald.

“This gives us the analysed data for the parts before they are moved across to the warehouse, or fitted to a vehicle in the body shop, which simply wasn’t possible with the previous system.

“Following the Six Sigma process, it ensures that we have a 99.997% probability that all parts produced are within specification, which means that all of the body parts that go into a Ranger will be of the highest production quality.”