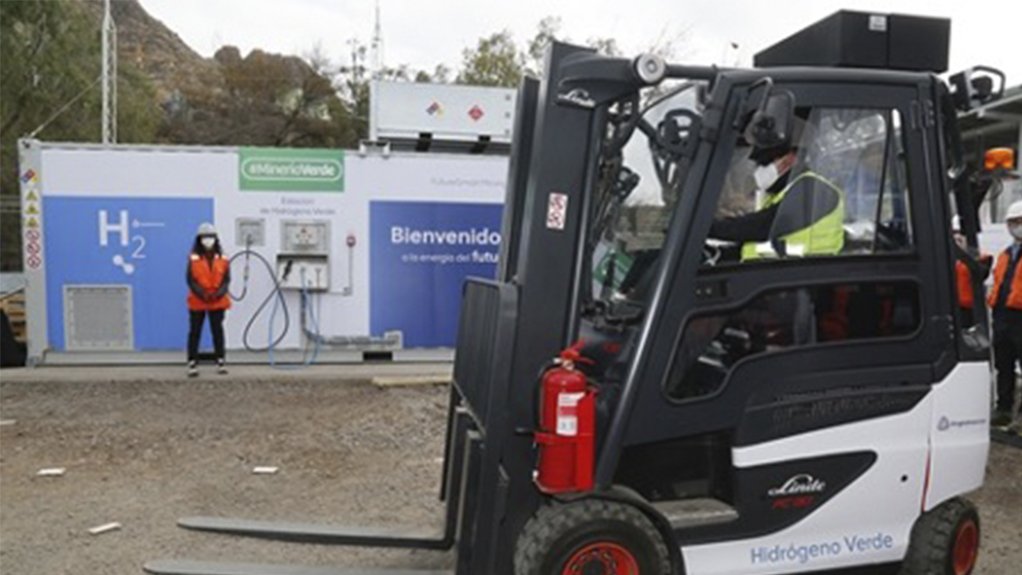 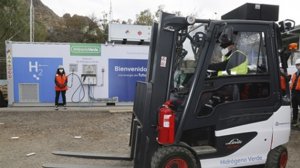 HYDROGEN STATIONS Using a hydrogen generator module, a fuel cell is fed to provide clean energy to a forklift crane

Located at the Las Tórtolas flotation plant, in the Colina region of Chile, the new station has generated the country’s first green hydrogen molecule for electromobility.

Using a hydrogen generator module, with a production capacity of 2 kg of hydrogen a day, a fuel cell is fed to provide clean energy to a forklift crane, in addition to a stationary fuel cell, which reinjects energy to the local grid.

“We want Chile to be a leader in the transition towards clean and innovative mining of the future. The incorporation of green hydrogen in the industry, a zero-emission fuel, is essential to achieving that change.

“Today we see how mining companies are already piloting its use in their work and the challenge is to generate the conditions to scale these projects and promote the development of new initiatives. In this way, we see how the energy and mining sectors are more complementary than ever. They come together to contribute in the fight against climate change, through green hydrogen, which will allow us to reduce our emissions by more than 25% and will be a key axis to achieve carbon neutrality by 2050,” Jobet said at the time.

“As a company we want to contribute this agenda, with pioneering initiatives such as this which also drive us to reach our goal of carbon neutrality by 2030. The [ . . . ] project is a clear sign of the long-term commitment we have with the country and with the development of an activity that generates value,” explained Puna.

Anglo American is developing the world’s first mining truck to use hydrogen as fuel, with a view to introducing this technology to Chile within two years.

The company is also a founding member of the World Hydrogen Council, which seeks to strengthen the role of hydrogen in a future green economy and supports the research and demonstration of technologies associated with hydrogen in the implementation of projects.