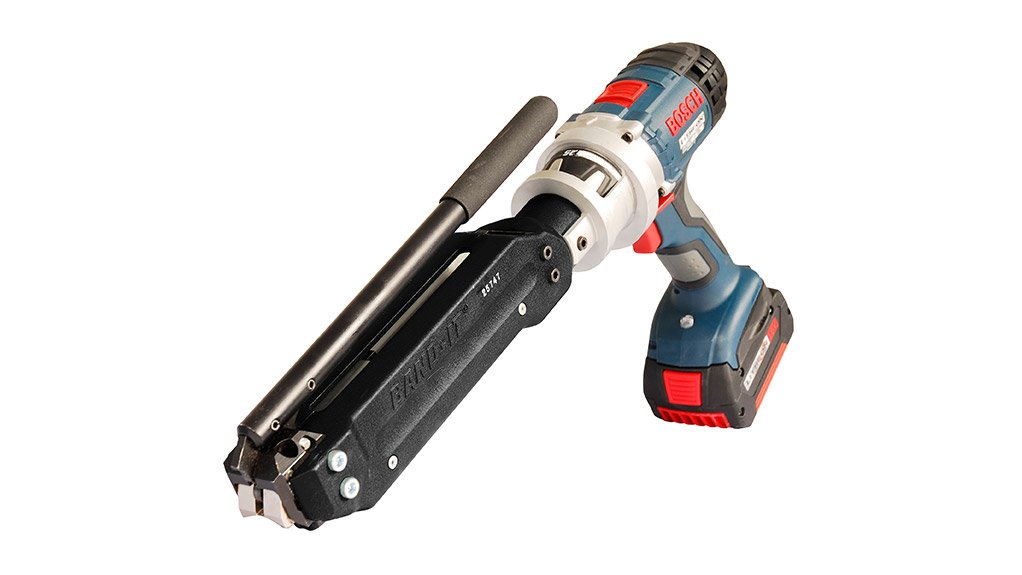 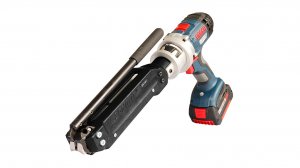 The installation of band clamps can be performed faster and tighter than before using the newly released Ultra-Lok UL4000-C tool.

“The Ultra-Lok system has been available in the US for a few years, but the lithium-ion battery version has only been available in South Africa since February,” she says, adding that the portable rechargeable Ultra-Lok tool is the next- generation advanced application tool.

The UL4000-C, which was previously powered by an 18 V alkaline battery, now operates using a modern lithium-ion battery.

An exhausted battery reaches full charge in 45 minutes, with the charge lasting up to three hours when used nonstop.

Performance in the Field Field tests have proven that the Ultra-Lok tool can install clamps at a rate that is three to five times faster than that of conventional banding tools when tensioning a band clamp.

“The increased power of the Ultra-Lok installation tool works in combination with the exclusive high-tensile grade 201 quarter hardened stainless steel clamps to form a tighter, consistent lock under full tension,” she explains.

The tool ensures that every clamp has the same strength and holding characteristics, even when it is installed by different workers on site. This eliminates assembly installation guesswork and operator dependancy, owing to the predetermined band lengths and preset torque settings on the tool.

Remendos adds that the Ultra-Lok clamp system is faster than conventional clamping systems, owing to the buckle being pre- attached to the strapping.

Further, the Ultra-Lok’s efficiency is increased through its high-tensile stainless steel bands, which are 25% stronger than typical bands.