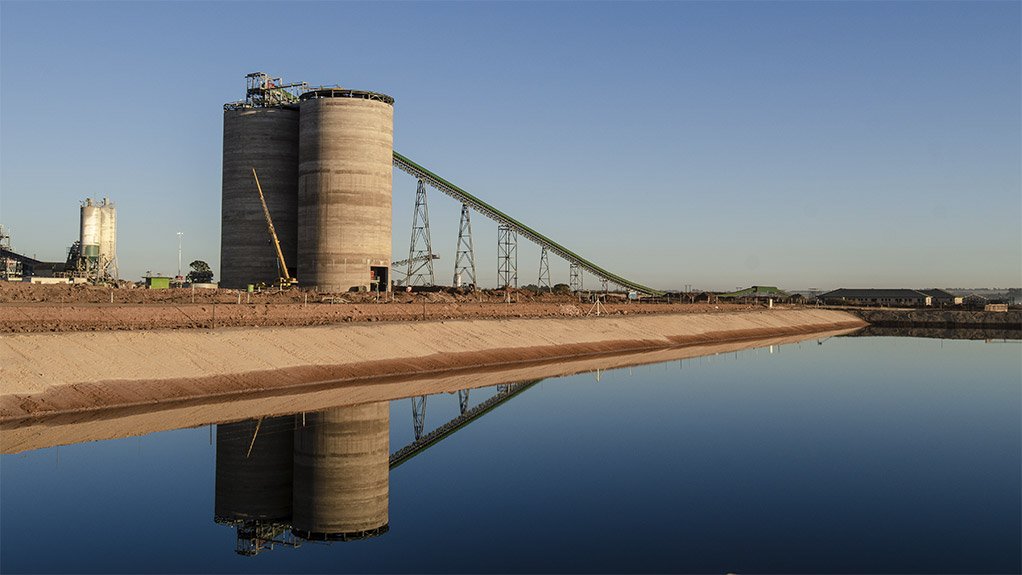 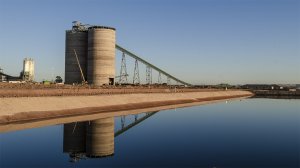 A slowdown in global economic growth, supply-side disruptions, escalating US-China trade tensions and energy transition themes have, in the year-to-date, all impacted on the commodities that diversified miner Exxaro Resources produces.

In a pre-closed-period trading update for the financial year ending December 31, published on Wednesday, the company said its coal business had been performing well so far, with a 2% decrease in production volumes forecast for the full-year, despite the estimated 6% decrease in coal demand from embattled State-owned power utility Eskom’s Medupi power station, in Limpopo.

FD Riaan Koppeschaar said total coal capital expenditure (capex) would be about 2% lower than that of 2018, owing to a reduction in sustaining capex as a result of the timing of truck replacement at the Grootgeluk mine.

This would be offset, to some extent, by an increase in expansion capital, largely driven by the acceleration of the Belfast project, and Exxaro Coal Central (ECC) expansion capex on the Dorstfontein West 4 Seam project.

Good demand for sized product in the domestic market continued in the year-to-date, he added, particularly as more domestic supply was available owing to weak export prices and domestic pricing having remained stable.

The seaborne thermal coal market, however, remained in an oversupplied position, with export sales prices having dropped by about 40% this year, after having traded at about $100/t in 2018.

The soft ban on coal imports in China and a sluggish Indian economy, despite India continuing to draw on South African coal, put a lot of pressure on seaborne trade, Koppeschaar said, adding that European stock levels remained relatively high because of cheap gas prices.

Exxaro expects its thermal coal production for the year to reach 43.7-million tonnes, compared with previous guidance of 44.3-million tonnes.

Its total coal output is expected to reach about 45.9-million tonnes, compared with the previous guidance of 46.4-million tonnes.

Meanwhile, with the conclusion of Exxaro’s replacement empowerment shareholding transaction, the miner undertook to transfer at least 10% of its 24.9% shareholding in Eyesizwe into structures for the benefit of Exxaro’s employees and communities adjacent to operations.

It is anticipated that implementation will be concluded in the first half of 2020.

Turning towards coal logistics and infrastructure, Koppeschaar on Wednesday noted that Transnet Freight Rail (TFR) had railed 59.4-million tonnes to the Richards Bay Coal Terminal (RBCT) from January to October.

This, he added, was equivalent to an annualised figure of about 70.5-million tonnes a year.

For this same period, export rail performance for the Exxaro Mpumalanga and Waterberg Transnet long-term rail agreement achieved 95% against the yearly contracted tonnage, with Grootgeluk achieving an average of 4.3 trains a week.

Export rail performance from Grootegeluk had declined after the yearly coal line maintenance shutdown, which was exacerbated by a collision between two trains at the Matlabas crossing located between Thabazimbi and Lephalale in October. High-level engagements are ongoing and train planning has been approved at levels above five trains per week.

Metallurgical coal production is anticipated to be in line with 2018, and coal buy-ins are expected to be 75% lower as a result of higher coal availability from Exxaro’s own mines.

The expected 12% increase in export sales volumes is driven by the availability of export product from the miner’s own operations, and total sales to Eskom are expected to increase by 3% as a result of higher sales from Leeuwpan and ECC, partially offset by lower offtake by Medupi from Grootegeluk and the NBC divestment in 2018.

Given Exxaro’s deliberate strategy to divert sales volumes from Leeuwpan to the export and Eskom markets, as well as the NBC divestment in 2018, the miner’s domestic thermal coal sales volumes are expected to decrease by around 34%.

Thermal coal production and sales are both expected to decrease by 11%, mainly owing to the Mine 3 shortwall ceasing production earlier than anticipated as a result of safety concerns.

Meanwhile, the implementation of the Thabametsi Coal independent power producer (IPP) had been delayed owing to, inter alia, the finalisation of licence to operate approvals and lenders withdrawing their support of funding for power stations using “old coal technology”.

Exxaro on Wednesday confirmed that it had now completed all Thabametsi mine studies and obtained all necessary licences to operate, but was still working on the financial close of the project.

Engagements in this respect are taking place with the project developer of the coal IPP to bring clarity to the future of this project.

The project remains ahead of schedule and within budget.

Production at Mafube Nooitgedacht, meanwhile, is on track and the mine is expected to produce at nameplate capacity by the fourth quarter of this year.

For the first half of 2020, Exxaro expects domestic thermal coal demand and pricing to remain relatively stable.

The Medupi offtake from Grootegeluk is expected to remain as per the offtake plan at this time, and the miner welcomed the release of the 2019 Integrated Resource Plan, as well as government’s announced efforts to secure Eskom’s financial viability.

The closure of ArcelorMittal South Africa’s Saldanha Works is not expected to impact negatively on Exxaro as the high-value product can be placed in alternative markets, said Koppeschaar.

The Atlantic Basin is expected to remain oversupplied, with gas prices forecast to remain low.