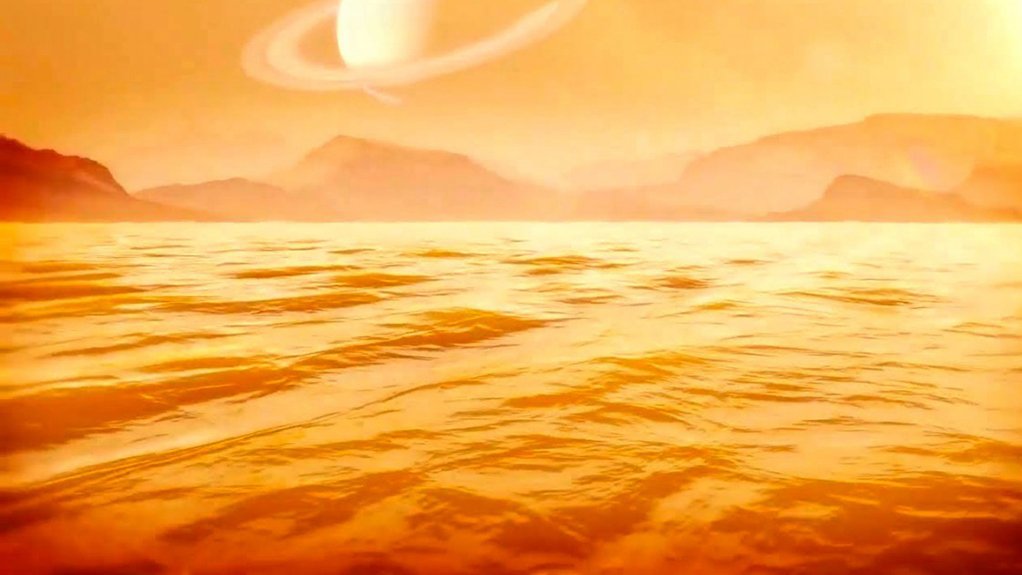 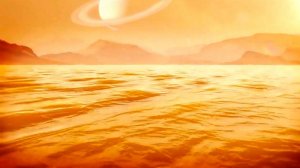 Astronomers at Cornell University, at Ithaca in the US state of New York, have used radar data to determine that the biggest sea on Titan, the largest moon of Saturn, is, near its centre, at least 300 m deep. The sea is named Kraken Mare, and it is estimated to have a surface area of some 400 000 km2, which would make it bigger than Earth’s Caspian Sea.

Titan is the second largest moon in the Solar System and is larger than the planet Mercury (the largest moon is Ganymede, which orbits Jupiter). It has a thick nitrogen atmosphere and is the only other Solar System body, besides Earth, known to have liquids on its surface, in the form of rivers, lakes and seas. However, on Titan, because it is so cold (with a maximum observed surface temperature of –179.6K C) these comprise liquid hydrocarbons such as ethane and especially methane, and not water, as on Earth. Nevertheless, Titan has an entire ‘hydrological cycle’ including evaporation of surface liquids, cloud formation and rain. Titan is rich in organic molecules and its seas could host life ‘as we don’t know it’.

The data used to calculate the depth of the seas was collected by the Cassini space probe on one of its numerous flybys of Titan – the one designated T104, which took place on August 21, 2014. On that day, the spacecraft overflew the moon at an altitude of about 965 km and at a speed of nearly 21 000 km/h. The depths of the lake were probed by Cassini’s radar altimeter.

The Cornell astronomers and US National Aeronautics and Space Administration Jet Propulsion Laboratory engineers worked out how to use the radar data to determine the depth of Titan’s lakes and seas. They did so by determining the differences in the returns times for radar pulses reflected off the sea surface and off the sea bottom. The centre of the Kraken Mare and a liquid methane river estuary which empties into the sea, Moray Sinus, were surveyed on the T104 flyby. The actual depth of the central region of the sea could not be determined, because the radar pulses lacked the energy to reach the sea bed there. Moray Sinus was determined to be just over 85 m deep.

Taking note of the amount of the radar energy absorbed by the liquid also allowed the researchers to determine the composition of the sea. Previously it had been thought that Kraken Mare would contain an ethane/methane mixture in which ethane was the dominant element, whereas in the lakes and seas further north, methane was the dominant element in the mixture. If fact, the mixture in Kraken Mare is pretty much the same as that in the more northerly bodies of liquid, with methane dominant.

“The depth and composition of each of Titan’s seas had already been measured, except for Titan’s largest sea, Kraken Mare – which not only has a great name, but also contains about 80% of the moon’s surface liquids,” highlighted Cornell Centre for Astrophysics and Planetary Science research associate and study lead author Dr Valerio Poggiali. “[T]o understand the depth and composition of Kraken Mare and the Moray Sinus is important because this enables a more precise assessment on Titan’s methane hydrology. Still, we have [still] to solve many mysteries.”