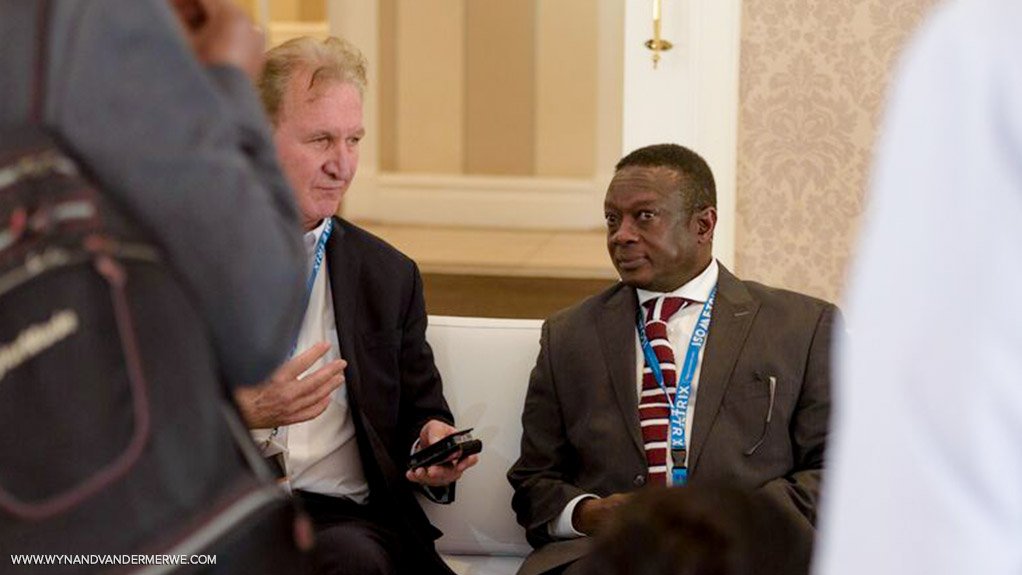 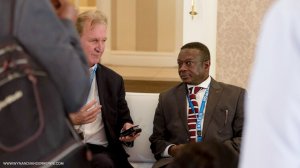 JOHANNESBURG (miningweekly.com) – Deputy Mineral Resources Minister Godfrey Oliphant is engaging with companies on local value-addition opportunities in zinc and platinum-catalysed fuel cells, and would like mining companies to make these and other locally mined commodities available at developmental prices to facilitate economic-growth-generation through local beneficiation.

Oliphant, who was responding to Mining Weekly Online during a media conference on the sidelines of last week’s Junior Indaba, revealed that local zinc beneficiation plans with a major mining company were at an advanced stage and certain foreign companies were looking into fuel cell markets.

“It’s happening on a small scale and all we’re saying is let’s accelerate. There’s excitement out there and we shouldn’t leave it to mining companies alone, but we should see these as opportunities for entrepreneurs to enter,” the Deputy Minister told journalists.

He envisaged mine-gate prices as forming the basis of developmental pricing and expressed excitement about the prospects for zinc beneficiation in particular owing to what he described as the “very advanced stage” that had been reached with a major company “in terms of what to do”.

On platinum and fuel cells, his contention was, however, that there had been more talk than action, despite the “huge opportunities” that the fuel cell market offered.

He revealed that there were companies from other countries already in South Africa looking into fuel cell development:  “We’ve tested it, we’ve piloted it, it works, and that’s what we need in South Africa,” he said of the fuel cell, the local development of which he regarded as “a no brainer”.

“We can go on to each and every commodity that can be beneficiated. In fact, that’s how countries that are not in mining are growing. They’re manufacturing, using the commodities that we mine,” Oliphant said.

He dispelled the notion of South Africa benefiting most from a pit-to-port strategy and described the country’s resource base as being sufficiently expansive to include local beneficiation, which he believed could be facilitated by extending the regulatory model that was already in place for diamonds to other commodities.

“We just have to improve on what we’ve done in diamonds, where we’ve said that each and every company must make available 10% of their production for local beneficiation. The weaknesses need to be removed and the concept extended to other commodities,” was his comment to Mining Weekly Online.

Emphasising South Africa’s rich mineral endowment, he pointed out that the country was blessed with one of the largest known deposits of zinc in the world.

“We’ve looked into all the value chains for opportunities to add value. We can turn the Northern Cape into a beneficiation hub,” he said.

Oliphant said in response to journalist questions that investigations were ongoing into allegations of corruption within the Department of Mineral Resources (DMR).

“There are matters of corruption that are already in the courts. It’s work in progress. As and when we pick up instances of corruption we act on them,” the Deputy Minister said.

On the DMR firing corrupt personnel, he said some had already “fired themselves”, and predicted near-term progress on the anti-corruption steps that had been taken.

“Some of the problems of the department that we’re resolving are matters where a lot of people were serving in ‘acting’ capacities. We’ve closed most of the gaps in the senior positions and I think within June we should have resolved some of the issues in dealing with people who would be called upon to take full responsibility for being laissez faire,” he said.

This would not be made available to successful junior mining applicants in the form of cash. Instead, successful applicants  would be given vouchers for presentation to the Council for Geoscience, which would carry out the exploration drilling and provide the geological reports.