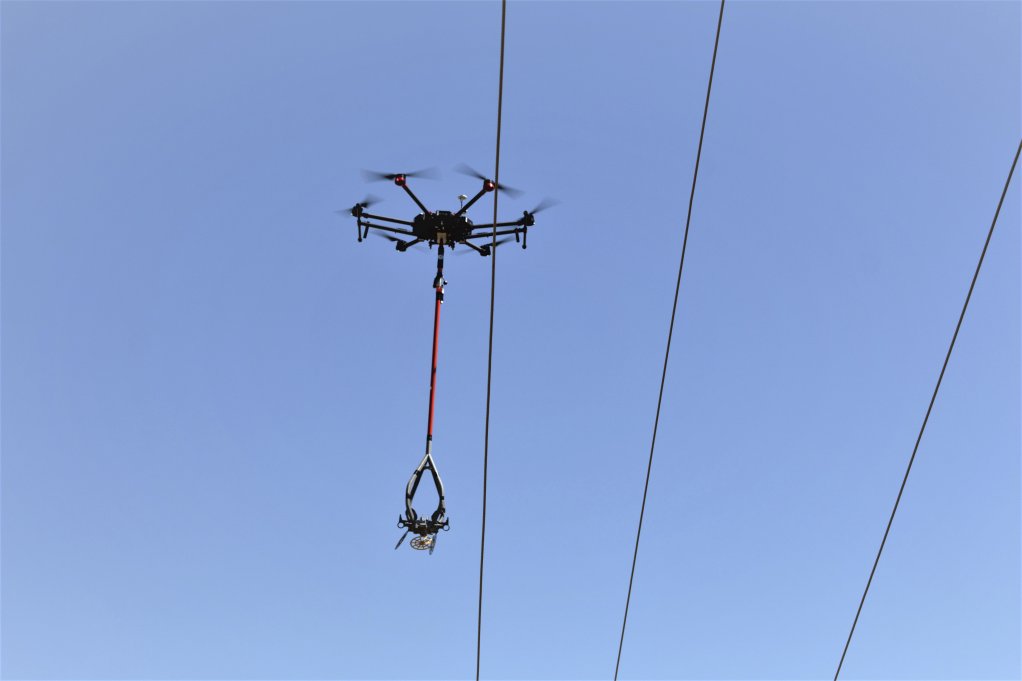 A drone-operated system that can deploy bird flight diverters, or so-called “flappers”, has been designed and developed in a partnership between the Endangered Wildlife Trust’s (EWT’s) wildlife and energy programme and Eskom.

The diverters serve as markers that will improve the visibility of power line cables to birds in flight.

Collision with overhead power lines by birds is a significant cause of mortality for several large species. Eskom’s distribution and transmission overhead power lines have a well-documented negative impact on South Africa's threatened and protected birdlife and, therefore, improving the marking efficiency and cost-effectiveness will help streamline powerline mitigation efforts to the benefit of thousands of birds.

To address the situation, the EWT says power line markers are the preferred and most widely implemented approach to preventing avian collisions with power lines and can reduce mortality by up to 92% for certain species.

However, drone technology now provides an alternative that negates the need to bring human technicians into direct contact with power lines, while potentially saving millions of rands in helicopter flying and other live-line equipment usually required to perform the task, says the EWT.

The EWT used three-dimensional design and printing technology to develop a working prototype of a remotely operated attachment system that is mounted on a drone and used to attach flappers to powerlines safely.

This custom-built system can carry one magazine, holding four flappers at a time, and multiple magazines can be printed to facilitate quick reloading in the field.

The magazine is suspended safely below the drone by an insulated rod, enabling the drone pilot to position the aircraft away from live energy components while the magazine makes contact with the line and dispenses the flapper.

The concept was successfully demonstrated to the South African Civil Aviation Authority in December 2020 and subsequently approved for commercial application – subject to rigorous safety and operational procedures.

Following this, the system was tested in a controlled environment under the supervision of the Eskom distribution North West operating unit platinum live work department before a field trial was completed in the Zeerust area early in March.

In addition, marking the line selected for the trial formed part of Eskom distribution’s bird mitigation strategy, as several vultures had collided with the line previously.

EWT industry partnerships senior manager Constant Hoogstad, who initiated the project in 2016, says the development of the system took years of hard work and dedication from a very committed team to ensure that history was made and is a “huge win” for bird species affected by collisions with powerlines.

“The system will enable utilities to mark power lines in a more cost-effective way from now on, which will save millions of rands.”

EWT wildlife and energy programme manager Lourens Leeuwner says the successful demonstration of this system is a major milestone for the strategic partnership with Eskom.

“It simply would not have been possible without the assistance of the Eskom North West operating unit and the many individuals from Eskom’s live work department who took time out of their busy schedules to assist us on the day.”