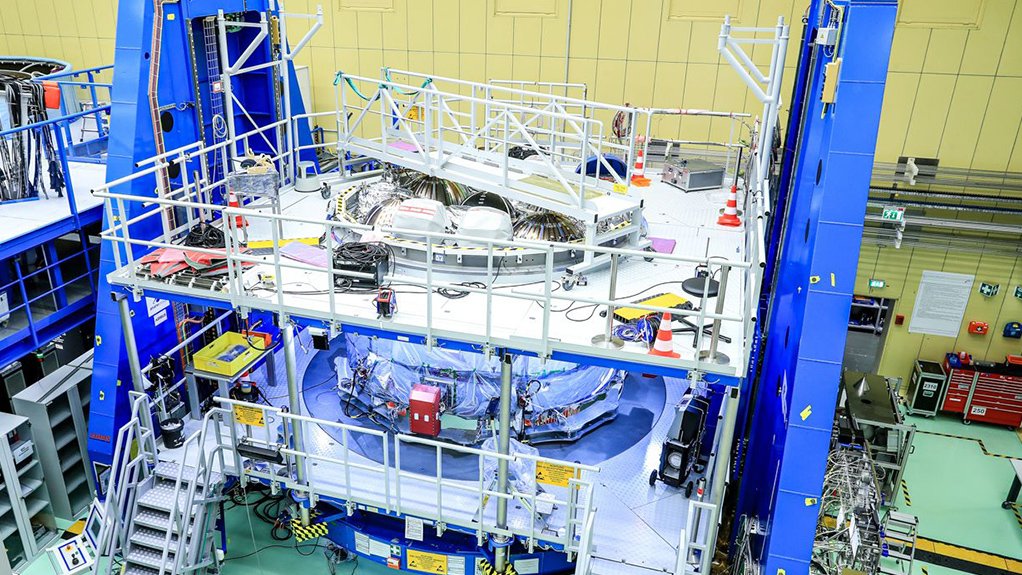 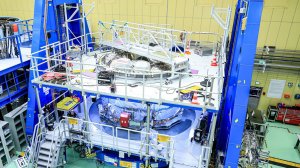 The second European Service Module (ESM) for the US National Aeronautics and Space Administration- (Nasa-) led Artemis crewed spaceflight programme was successfully delivered by air to Nasa’s Kennedy Space Centre, in the US state of Florida, on Friday. The ESM is the responsibility of the European Space Agency (ESA, which is not an agency of the European Union). ESA chose Airbus as the prime contractor to develop and manufacture the ESM. Six ESMs have so far been ordered.

Airbus handed over the completed ESM, designated ESM-2, at its facility in Bremen in Germany, last Thursday. The module was subsequently flown across the Atlantic on an Antonov An-124 outsize cargo aircraft. The ESM is a cylinder about 4 m tall and also about 4 m in diameter. It can carry 8.6 t of fuel (to power its main engine and 24 attitude control thrusters) and, at launch, will have a mass of a little more than 13 t. It is also fitted with four solar arrays which, when unfurled, have a total extent of 19 m, and which will produce enough energy, Airbus stated, to power two households (presumably each composed of two adults and two children).

The ESM will provide power, propulsion, thermal control, water and oxygen to the Orion crew capsule, under which it will be mounted and with which it will be integrated. Together, the capsule and module will form the complete Orion spacecraft, which will execute the Artemis crewed missions, including the return of humans to the Moon. ESM-2 will be used for the Artemis II mission, which will be the first crewed flight in the programme, and which will orbit, but not land on, the Moon.

“Delivery of the second [ESM] for Nasa’s Orion spacecraft marks another huge step forward on the journey to return astronauts to the Moon,” highlighted Airbus Space Exploration head Andreas Hammer. “Working hand-in-hand with our customers ESA and Nasa, and our industrial partner, Lockheed Martin Space, the programme is moving apace and we are ready to meet the challenges of returning to the lunar surface in 2024.”

Before hand-over and shipment, ESM-2 was subject to a thorough validation process. This included gimbal testing of its main engine (which is a refurbished engine from the decommissioned space shuttle Atlantis). The engine is mounted on gimbals so that it can be swivelled to change the direction of its thrust, for manoeuvring and course correction purposes. The module will now be integrated with the Orion capsule and the complete spacecraft will then be subject to yet more thorough testing, before it is integrated with its launch rocket. This process is expected to take about two years.

ESM-1 was delivered to Nasa’s Kennedy Space Centre in November 2018 and integrated with its counterpart Orion capsule. The two will execute the Artemis I mission, which will be uncrewed but will see the combined spacecraft travel more than 64 000 km beyond the Moon. Artemis I could be launched before the end of this year, but sometime in the northern spring or early summer next year currently seems more likely.