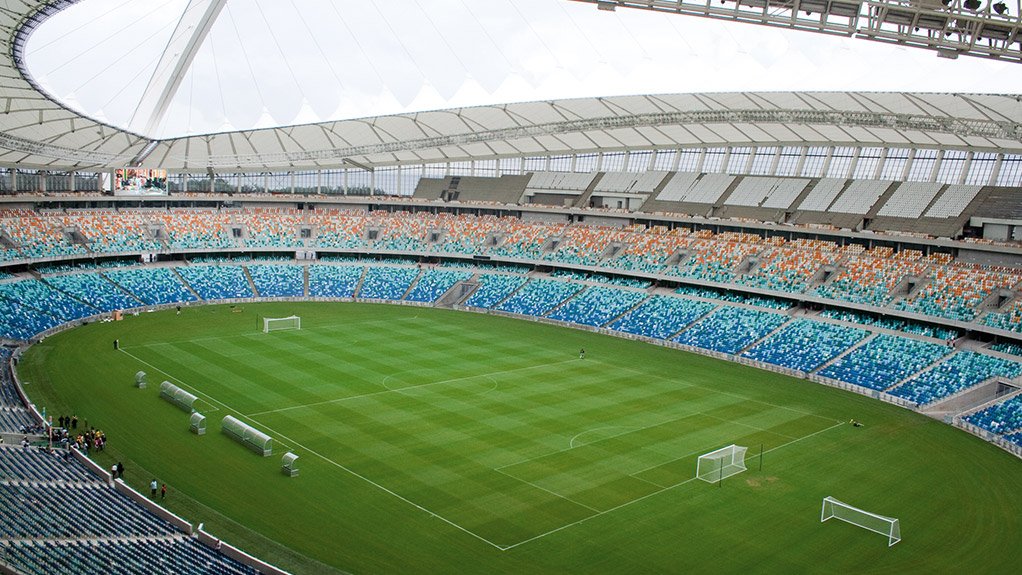 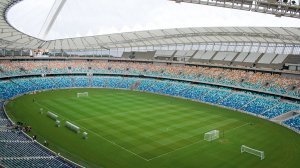 Aluwani Ramulifho, the recently appointed renewable energy manager at the eThekwini municipality’s Energy Office, said the locations had been strategically selected to raise the profile of solar energy in the city and represent different sized installations.

Panels placed on the arch and above the restaurant at Moses Mabhida Stadium were expected to generate 112 kW, while the panels at uShaka Marine World would add a further 135 kW and those at the Metro Police’s headquarters another 115 kW of power to the city’s grid. Panels on the roof of the Kings Park swimming pool would supply 110 kW, the EWS 45 kW and Loram House 5 kW of electricity.

Ramulifho was speaking at an event entitled Preparing Durban for a Solar PV Future that was hosted by the municipality’s energy office and electricity department, as well as the British High Commission and the KwaZulu-Natal Sustainable Energy Forum at the University of KwaZulu-Natal.

The municipality also on Tuesday launched its Durban Solar Map, making it the first city in South Africa to provide an online means of calculating the costs and viability of installing solar panels on buildings across the city.

“We have created the Durban Solar Map so that Durban residents can get a quick estimate of the likely costs of a solar PV installation, as well as an approximation of likely savings,” said Susanna Godehart, the International Energy Transaction Officer at the Energy Office, who demonstrated the process at the event.

Residents and businesses using the Website could type in their addresses and, once the map had zoomed in on the specific location, identify the roof area where they would like to install PV panels. The site calculated the size, potential electricity output and cost of an installation on the defined area.

Another tool developed by the eThekwini municipality that was unveiled, was a more comprehensive calculator of solar PV installation costs aimed at installers based in Durban.

These form part of the Durban Solar City Framework, which was compiled with the assistance of Camco Clean Energy. The company was awarded £50 000 by the British High Commission to work with the eThekwini municipality to help address challenges in implementing a large-scale solar PV roll-out in the city.

“Large-scale PV is here, small-scale PV is on its way,” Jonathan Curren of Camco Clean Energy said. He cautioned that there was still a long way to go in addressing the energy crisis in South Africa, emphasising that solar was just one of a mix of technologies that was needed.

Curren highlighted a February 2015 National Energy Regulator of South Africa (Nersa) paper, entitled ‘Small Scale Embedded Generation: Regulatory Rules’, detailing how this national approach would open the door to the mass roll-out of embedded generation, specifically for system sizes between 100 kW and 1 MW. This would have a significant impact on enterprise development and job creation, he said.

He joined Godehart and Sanjeeth Sewchurran from the city’s electricity department in highlighting the fact that 95% of the city’s current solar PV installations were illegal both in technical and town planning terms.

Sewchurran said that, despite the fact that the municipality, as a distributor of electricity bought from Eskom, stood to lose revenue from the widespread adoption of solar power, it encouraged the introduction of renewable energy. He also noted problems posed by complicated application processes and said that attempts had been made to significantly simplify this process.

More intricate administrative challenges still existed, he acknowledged. In the case of small-scale generation, he said the municipality had elected to offer remuneration based on a net tariff structure as it was the most practical and easy to administer. In the lead-up to adopting this, he said that eThekwini Electricity had engaged with a number of key stakeholders.

The embedded generation tariff had been submitted to Nersa for approval. In the interim, to prevent delays, he said the municipality had allowed customers to synchronise to the grid using a policy of zero remuneration as long as all safety and technical criteria were met.

According to Sewchurran, eThekwini municipality had concluded power purchase agreements with five local organisations and was in the process of finalising a sixth one. Two of these organisations produced electricity through solar PV installations.