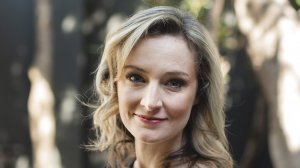 Main Activity of the Company: Architecture

First Job: Part-time cashier in a clothing store when I was a student

Career History Prior to Current Position: I have been at Paragon for 14 years. Prior to that, I worked for R&L Architects, a small architectural office in Pretoria, and then moved to London, where I worked for an architectural firm called Broadway Malyan

Size of First Pay Packet: R5 000, as a candidate architect

Number of People under Your Leadership: 107

Management Style: I adjust my approach, depending on the specific person or team that I am dealing with

Personal Best Achievement: Completing my MSc degree a few months after my twins were born, while also holding down a full-time job

Person Who Has Had the Biggest Influence on Your Life: My parents

Person Who Has Had the Biggest Influence on Your Career: Anthony Orelowitz, one of the founding directors of Paragon

Businessperson Who Has Impressed You Most: Sheryl Sandberg

Philosophy of Life: Look for the magic in the ordinary; find pleasure in the small, simple things in life, and you will have a never-ending source of delight

Biggest Ever Opportunity: Joining Paragon when it had 15 staff members only and playing a part in building it into the big company that it is today

Biggest Ever Disappointment: Not stated

Hope for the Future: That this generation curbs global warming

Favourite Music: I listen to almost anything, depending on my mood on the day

Favourite Sport: I do not watch sports on TV at all

Miscellaneous Dislikes: People who interrupt you while you are talking