Electricity starting to emerge as a power source for aircraft 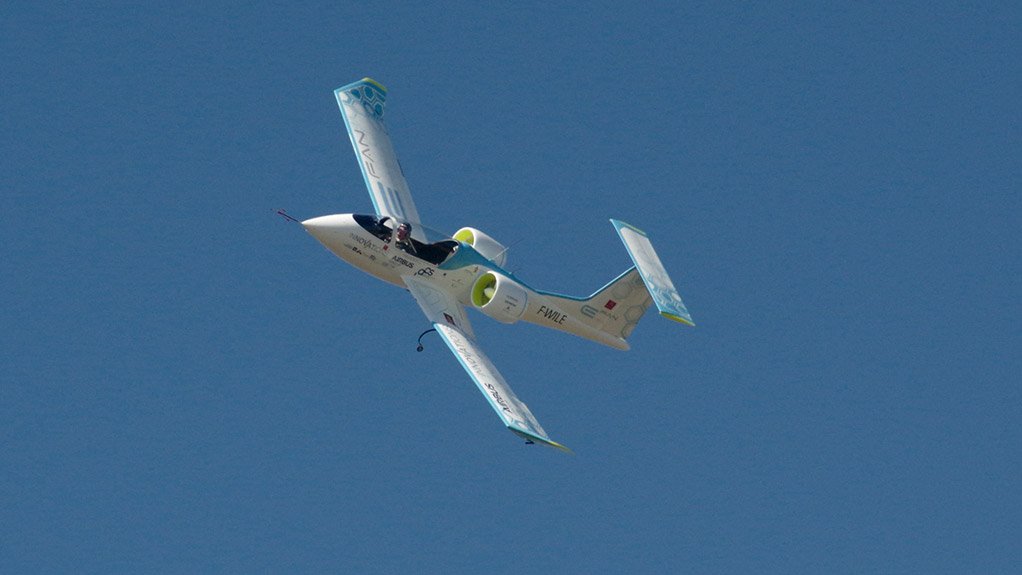 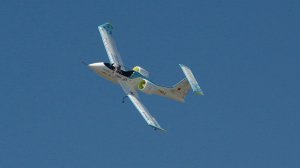 Airbus is working on using electricity as a means to power aircraft. This was highlighted on Friday by Airbus Defence and Space VP and head of disruptive innovation Jan van Toor. He was talking at the fifth Council for Scientific and Industrial Research conference in Pretoria. Electric propulsion would effectively eliminate emissions from the aircraft, almost eliminate noise and largely end vibration.

Currently, the Airbus Group is leading a European project to develop an electrically-powered training aircraft, the E-Fan. The E-Fan demonstrator aircraft was the world's first to be designed from scratch to use electric power. It made its first public flight in April 2014. The plan is to follow it with a two-seat E-Fan 2.0 production model for basic training, which should make its first flight in late 2017. This will then be followed by the E-Fan 4.0 four-seat production general aviation aircraft.

The E-Fan demonstrator is powered by two ducted fans, mounted over its wings, driven by electric motors which get their energy from lithium-ion batteries. The aircraft is 6.67 m long, has a wingspan of 9.5 m and a total engine power of 60 kW. The batteries contain 120 cells, the twin fans produce 1.5 kN of thrust for a maximum speed of 220 km/h and an endurance of 45 minutes to one hour. In July this year it successfully flew the English Channel (74 km) in some 37 minutes, at an altitude of about 1 000 m.

However, Van Toor noted, electrical systems are heavy. Consequently, it is necessary to reduce the energy consumption of an aircraft so that it can be flown with smaller and lighter electrical propulsion systems. This, in turn, requires much improved aerodynamics.

Airbus studies suggest this would be possible with a regional airliner designed from the start for electric power. The group has a preliminary concept of such an aircraft, with extremely "clean" aerodynamics and powered by a single ducted fan mounted at the rear of the fuselage in a "pusher" configuration.

However, pure electric power is not suitable for long-range aircraft. For such airliners, the Group is looking at hybrid-electric propulsion. This hybrid-electric system, designated E-Thrust, is being developed with Rolls-Royce. It would massively reduce engine emissions and noise from the aircraft. It would, of course, also greatly reduce fuel consumption. In this system, the aircraft would be fitted with a number of ducted fans (in clusters), a turbogenerator which would either recharge the batteries (which would drive the fans) or power the fans directly, as required.