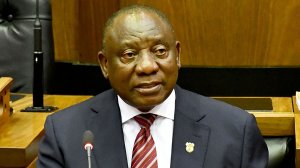 President Cyril Ramaphosa has assured South Africans that the economic recovery plan he presented last week will protect jobs in vulnerable sectors that have been hit hard by the coronavirus (Covid-19) pandemic.

The Presidential Employment Stimulus announced last week involves a public investment of R100-billion over the next three years, which Ramaphosa said marked a fundamental shift in the country’s approach to tackling unemployment.

In his weekly address to the nation, he said support would be provided to early childhood development practitioners, mainly self-employed women.

Government has also promised to undertake public investment in human capital, with the State acting as a creator and an enabler of jobs.

He said government would create directly-funded jobs and livelihood support interventions while the labour market recovered from the pandemic.

Some of the stimulus interventions build on the strengths of existing programmes but also include new and innovative approaches.

This includes a focus on "social employment".

“The aim is to support the considerable creativity, initiative and institutional capabilities that exist in the wider society to engage people in work that serves the common good. This work cuts across a range of themes, including food security, ending gender-based violence, informal settlement upgrading and much more. This will supplement the efforts of the public sector, allowing for greater scale and social impact as well as new forms of partnership with diverse social actors,” Ramaphosa added.

On the education front, government has developed a new programme to employ teaching and school assistants in schools across the country.

There is also a focus on graduates, with opportunities for nurses, science graduates, artisans and others.

The stimulus provides new funding to help the arts and culture sector and includes support to digital content-creation and an expansion of e-commerce platforms.

Ramaphosa explained that this would allow artists to adapt to new market conditions brought on by the pandemic.

The stimulus will provide affordable, high-speed broadband to low-income households through connection subsidies and the expansion of free public WiFi.

“Like public employment programmes across the world, this employment stimulus supports and complements the critical role of the private sector in creating jobs. It is counter-cyclical, in that as the recovery advances, the scale of public employment will decline. The work experience and skills acquired by beneficiaries of the Presidential Employment Stimulus will improve their prospects of securing formal employment,” said Ramaphosa.

He reiterated his affirmation that the pandemic was an opportunity to build back better and assured that employment stimulus vague commitments for the future, but rather about jobs being created right now.

He said government had set itself realistic goals that were measurable and achievable.