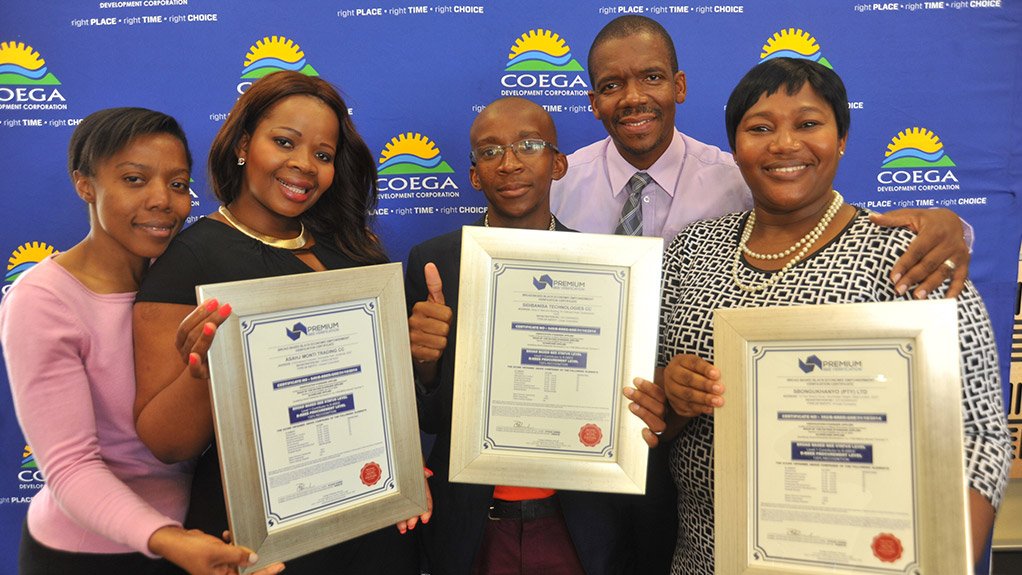 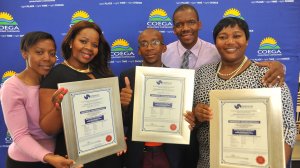 The Coega Development Corporation (CDC) handed out 200 certificates in the Eastern Cape and 300 certificates in KwaZulu-Natal in November 2014 to small, medium-sized and microenterprises (SMMEs) that had successfully completed the development agency’s Black Economic Empowerment Com-petitiveness Improvement Programme (BEECIP).

Established in 2013 to accelerate transformation in various sectors, the BEECIP aims to assist emerging suppliers, especially black women and youth, in gaining access to markets and in taking advantage of the business opportunities available to them, says SMME unit head Andile Ntloko.

Every year the CDC, which is based in the Eastern Cape, facilitates the procurement of goods and services from preferred suppliers to highlight business opportunities for SMMEs, which is in line with preferential procurement regulations and broad-based black economic-empowerment (BBBEE) policies.

This yearly endeavour to empower SMMEs through business development skills is what prompted the CDC to establish the BEECIP. Meanwhile, CDC senior BEE analyst Nolubabalo Pandle says SMMEs’ growing interest in the programme, as well as the positive feedback it has received, has convinced the CDC that the programme is moving in the right direction.

The BEECIP has also assisted SMMEs in business administration and record keeping. The Qualifying Small Enterprises (QSE) BEE certificate, issued by an Independent Regulatory Board for Auditors-registered verification agency, enables participating SMMEs to tender for contracts valued below R5-million and those between R5-million and R35-million, she says.

Ntloko says the programme is designed to enhance the efficiency of small businesses and build the operational capacity of 100% black-owned enterprises across all industries.

“The criteria followed in selecting the SMME participants are rigorous. This is followed by a six-month journey, during which the participants learn about BEE and business etiquette. Those who receive certificates after this process must be proud of the hard work they put in,” he says.

Ntloko explains that the participants undergo a full BEE audit under the QSE scorecard, as stipulated in the Code Series 800 of the BEE Codes of Good Practice. They are judged on four of seven elements, each of which accounts for 25% of their final scorecard, with ownership and management control being the priority elements.

Spreading the Benefits In May last year, the CDC extended the BEECIP initiative to KwaZulu-Natal, where it operates as the implementing agent on behalf of the provincial government to expedite service delivery.

“The CDC’s growing national footprint has necessitated that its impact be felt wherever it operates. This, in turn, touches on the objective of socioeconomic development, which is in line with the organisation’s vision.”

CDC marketing and communications unit head Dr Ayanda Vilakazi says the organisation has a 35% SMME participation clause in all the service contracts it awards. “The participation of emerging businesses is important to ensure development and transformation,” he says.

In the Eastern Cape and KwaZulu-Natal, SMMEs have benefited directly from working on various construction sites where the CDC operates as an implementation agent, including projects for provincial departments, such as the Department of Health, the Department of Roads and Public Works, and the Department of Education, says Vilakazi.