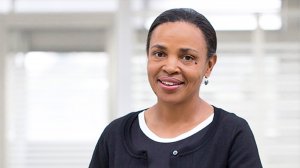 Transnet CEO Portia Derby says the State-owned freight logistics utility has had initial engagements with some international terminal operators and shipping companies regarding the potential to form partnerships to improve the performance of its container terminals at the ports of Durban and Ngqura.

The group has formally released request for information (RFI) documentation for the Durban Container Terminal (DCT) Pier 2 and Ngqura Container Terminal (NCT) operations as a precursor to a competitive bidding process aimed at securing partners for the terminals, which are currently operated by Transnet Port Terminals (TPT).

Both DCT Pier 2 and NCT are operating well below their nameplate capacities of 2.4-million twenty-foot equivalent units (TEUs) and 1.3-million TEUs respectively, and Transnet is hoping to use the two RFIs to gauge market appetite for private sector participation (PSP) at both facilities.

Speaking during a webinar hosted by the Toyota Wessels Institute for Manufacturing Studies on Wednesday, Derby indicated that Transnet had already identified international terminal operators and marine shipping companies that might be interested in partnering with TPT to boost efficiencies at DCT Pier 2 and to position NCT as a transshipment hub.

“We have spoken to some of these companies who have expressed interest both in DCT as well as in Ngqura,” Derby reported.

The closing date for both RFIs is September 14, after which Transnet is expected to launch a formal bidding process.

Derby indicated that seeking a partner for DCT Pier 2 was only partly motivated by the group’s balance sheet stresses, with the primary objective being the securing of a partner to modernise operational practices at the terminal.

It also forms part of Transnet’s ambition to develop the Port of Durban into a modern, deep-water container hub port, with a long-term capacity of about 10-million TEUs.

She said the desired end-state for the port included a plan for a super container terminal that eradicated DCT Pier 2’s current Z-shape, which made for challenging operational conditions.

Such a capital programme, which could involve investment of about R100-billion, would also be pursued as a PSP.

It would involve the development of a dedicated 1.7-million TEU container terminal at the Point Precinct, as well as a new breakwater channel, berth deepening, the widening of the Island View Channel and the augmentation of container depot capacity.

The plan also includes the relocation of the dry bulk terminal to Richards Bay and the expansion of the automotive terminal.

Derby said the proposed reconfiguration would yield more capacity than the dig-out port plans for the old Durban International Airport site, part of which was currently being developed into a logistics hub.

She said the site would be retained by Transnet with the objective of developing the dig-out port in about 2045.