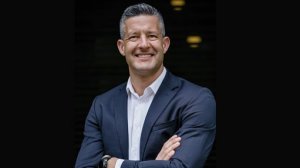 JOHANNESBURG (miningweekly.com) – The detraction of the South African investment market is the uncertainty around approval timelines and the implementation of a deeming provision could change all that by treating applications as approved after the passing of a set period of time.

Many want to invest in exploration and mining right now but are put off by timeline uncertainties.

A deeming provision has the potential to bring immediate certainty by way of simple amendments to existing legislation.

It could significantly truncate timelines, without any control being lost over the level of compliance.

NSDV advisory head Mark Gilbert drove these points home forcefully in a Zoom interview with Mining Weekly, in which he remarked: “Let's place an onus on the regulator to perform. I don't think it's an unreasonable request. It's a simple amendment to the legislation and it won't be unique, other places have done this.” (Also watch attached Creamer Media video.)

Regulators will have a fixed time to respond, and in instances where they do not, licences are granted – “bang, done. That would bring in an enormous amount of capital,” Gilbert enthused.

The law is very clear. You must be compliant, so no control over the level of compliance is lost, while absolute timeline certainty is gained at a time of commodity demand uplift for not only future-centric metals but also traditional ones.

“People underestimate how valuable our mineral endowment is. There is so much gold still to be mined in South Africa, along with platinum group metals, chrome, nickel, zinc, rare earths.

“What prohibits people from investing are these timeline uncertainties, not a lack of appetite. We can propose a complete rewrite of the legislation which will take an inordinate period of time. We think we are going into a commodity super cycle at the moment and that started probably six or eight months ago. It will be volatile.

“But we saw the platinum miners last year announcing profits up 200%, 300% 400%, absolutely spectacular numbers, the South African gold companies printing money, so our mines are highly profitable, the environment is good. The detraction of the South African market is the uncertainty around timelines to get all of these approvals,” Gilbert reiterated.

“Our laws work, our courts work. The appeal processes work. They may be cumbersome at times and frustrating but if we were to have an absolute deeming provision, it would bring absolute clarity.

“If mining companies submit compliance applications, they know within 120 days or whatever the time period is, they can start mining. That would unlock the vast exploration potential and when I say its vast, as a country, we probably have some of the best exploration data in the world," he said.

“We had massive mining companies here for hundreds of years with trapped capital and a lot of that capital was poured into exploration. That data sits here in South Africa. I don't think there is a significant mineral deposit that is actually not known in South Africa.

“The quality of data is spectacular, so that's not the problem. The problem is unlocking the capital, and people want certainty, but I think we're looking at it the wrong way. It's not certainty of legislation. It's certainty of performance, and that's a relatively easy thing to fix. If I put in a compliant application, and if they don't respond in time, I get my licence, that's pretty attractive.

“It's one of the great frustrations for me, as an economist, that we missed the boom in 2008. Post crises, one tends to get huge uplifts in real assets, commodities in particular. We’re one of the most mineral-rich countries on the planet, and we risk missing out again, simply due to delays,” Gilbert added.