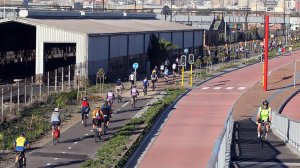 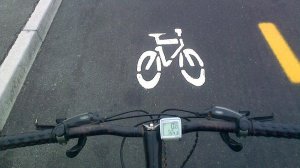 The Development Bank of Southern Africa (DBSA) Devel- opment Planning Division notes in its Working Paper Series No 24 that the current natural resource constraints and ecosystem pressures require a shift in the development trajectory from conventional economic growth towards greener alternatives. The concept of a ‘green economy’ has emerged amid calls from government for growth strategies that are economically and environmentally sustainable.

This has led to the promotion of cycling and walking as an alter- native form of green transportation by the City of Tshwane, which appointed SMEC to undertake the planning stage of its Bus Rapid Transit (BRT) Line 1 NMT Plan to integrate with the BRT system in the city that is under development.

“South Africa is such a car-orientated country, as success is often equated with the ability to buy and drive a motor vehicle. But we have to start thinking of ways to decrease the effect of carbon emissions on our environment. This requires an efficient and practical transport system that encourages people to use NMT and BRT systems instead of cars,” says SMEC roads and highways Gauteng South manager Sekadi Phayane.

She explains that during SMEC’s planning phase for the implementation of NMT in the City of Tshwane, the company focused on the routes that people used to travel to key attraction points, the safety aspects along these routes and the proposed measures that could make the entire journey seamless, aesthetic and comfortable for all users – with a special focus on universal accessibility.

“The existing infrastructure between people’s homes and their destinations was key to planning how the NMT would work for the public. Our findings from the research part of the planning – compiled using infrastructural surveys and through consultation – led to our advising city planners on how infrastructure could be improved to make public transport more efficient for commuters,” Phayane points out.

While government is working to get these systems operational for all income groups in South Africa, the challenge is that cycling is most common among poor citizens who cannot afford public transport fairs. Therefore, SMEC hopes the projects that they are involved in will raise awareness among the working class and people living in urban areas to invest in cycling as a form of transport.

“Private companies can also get involved in implementing these systems by providing bicycle parking, shower facilities at work, investigating alternative greener transport modes for their employees and encouraging these forms of transport over the traditional motor vehicle,” she highlights.

NMT initiatives are an ongoing priority for the Department of Transport and its provincial and regional partners, and SMEC hopes to help implement the promotion of NMT in other towns. “By providing tailor-made solutions for towns and cities in South Africa, the public will gain greater awareness of the system and more people will use it regularly,” concludes Phayane.