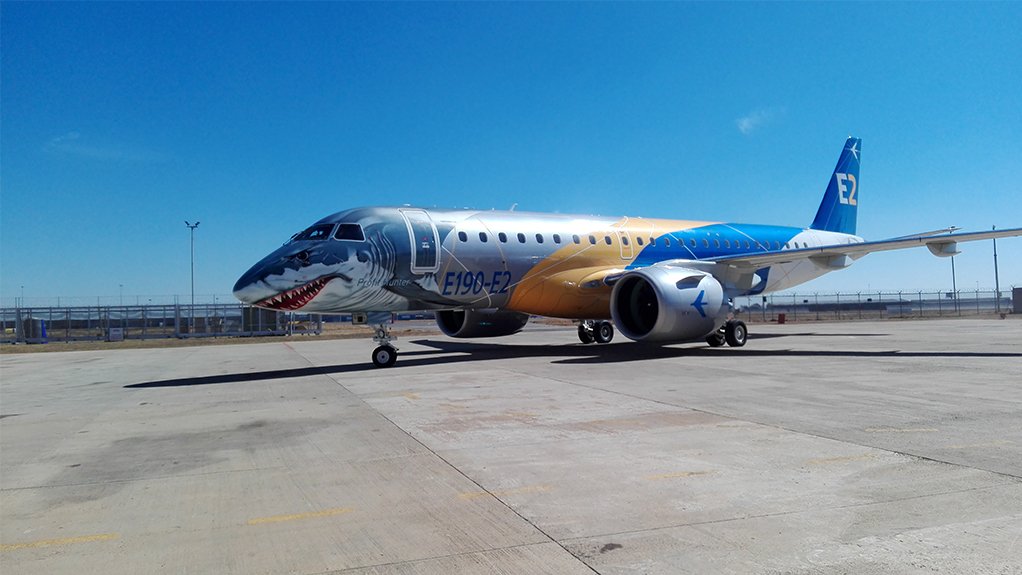 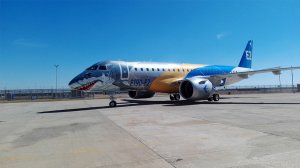 Embraer, the Brazil-based major aerospace group which is the world’s number one manufacturer of commercial jets with up to 150 seats, has confirmed that it is slowing down the development of its new generation E175-E2 airliner, because of the current poor condition of the global airliner market, resulting from the Covid-19 pandemic. The E175-E2 is the smallest of the E2 family, which is a new generation development of the company’s highly successful E-Jet family, the E2 versions having new engines, new wings and other refinements.

The company now plans for the E175-E2 to enter commercial service in 2023. (The other two members of the E2 family, the larger E190-E2 and the largest version, the E195-E2, have both already entered commercial service.) “The company believes that the E175-E2 will still be available with more than adequate time to enter into service in the commercial aviation market to meet market demand for the jet,” stated Embraer in its press release. “Until then, Embraer continues to offer the market-leading E175 jet from the first generation of E-Jets, the most efficient and comfortable commercial aircraft in the market in the 76-seat category.”

This announcement was made as part of the group’s release of its results for the second quarter of this year (2Q20). This quarter saw the company delivering four commercial jets (as against five in the first quarter) and 13 executive jets, comprising nine light and four large jets (up from nine – five light and four large – during the first quarter). In all, Embraer delivered nine commercial and 22 executive jets in the first half of this year, in sharp contrast to the 37 commercial and 36 executive jets (27 light and nine large) delivered during the first half of 2019. On the defence side, 2Q20 saw the delivery of one KC-390 multirole transport and tanker aircraft to the Brazilian Air Force and a Super Tucano light attack aircraft destined for the Nigerian Air Force (via the Sierra Nevada Corporation in the US) as well as six M60 radars to the Brazilian Army, among other developments.

“Second quarter operating results were negative across all business segments in 2020, driven by the ongoing impacts of the Covid-19 pandemic and its effects on the aerospace industry,” said Embraer. “The largest negative driver was the 84.6% year-over-year decline in commercial jet deliveries, which despite the company’s efforts to reduce costs via furloughs, salary reductions, and other actions, had a profound impact on Embraer’s ability to absorb fixed costs during the period.”

During 2Q20 the group suffered a net loss (attributable to shareholders) of $315.3-million, compared to a net income of $7.2-million during the equivalent period last year. For the first six months of this year, Embraer registered a net loss (attributable to shareholders) of $607.3-million. The company’s adjusted net loss (which excludes social contributions, deferred income tax and after-tax special items) for 2Q20 was $198.8-million, whereas in last year’s second quarter this loss amounted to $13.9-million. For the first half of this year, the company’s adjusted net loss came to $302.8-million, as against an adjusted net loss of $75.7-million during the first half of last year.

Earnings before interest and taxes (Ebit) came to minus $342.2-million during 2Q20, in comparison to plus $26.6-million during the same period last year. Adjusted Ebit (which excluded various special items) was minus $140.5-million. Free cash flow for the second quarter was minus $476.2-million, although this was an improvement over the minus $676.5-million during the first quarter. “Embraer’s liquidity remains solid as the company finished the quarter with total cash of $2.0-billion and major debt maturities starting in 2022 onwards,” it assured. The conclusion of agreements with export credit agencies and private and public banks had added up to another $700-million to its liquidity.