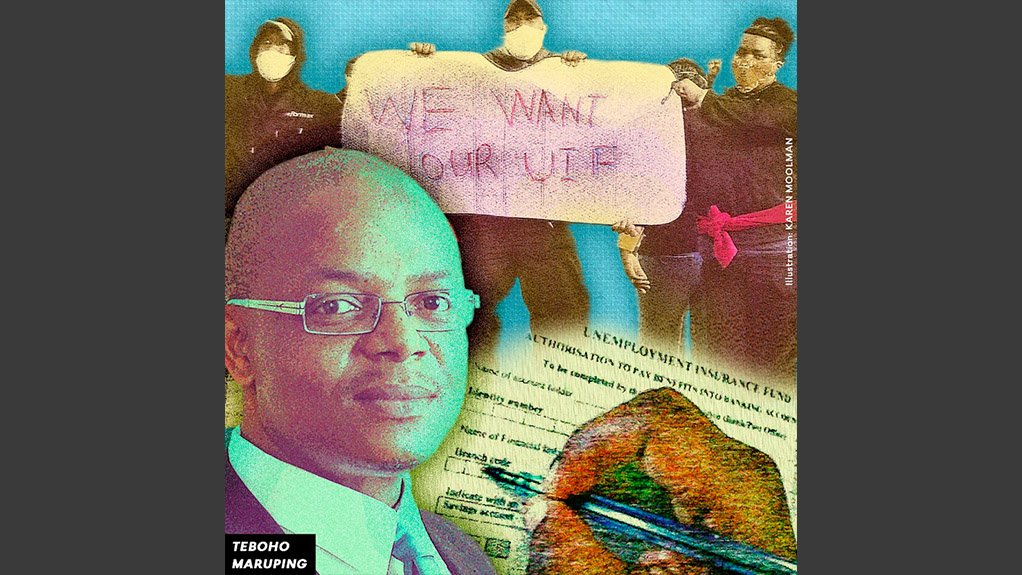 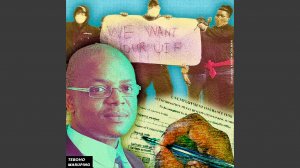 It makes a great headline when a top government official is suspended, as was the case with Unemployment Insurance Fund (UIF) commissioner Teboho Maruping, who along with his top team has just been placed on so-called precautionary suspension.

Maruping was caught in the spotlight during an examination of the running of the largest SA business support scheme in living memory: the Temporary Employer/Employee Relief Scheme (Ters). The commissioner was in the (very) hot seat when the auditor-general issued his report into Covid-19 spending, just as the ANC was promising its latest corruption crackdown.

Yet, while there is a growing list of people in public life who may have committed fraud — or worse — during the pain of the pandemic, I find it hard to spot any obvious trace of criminality in the commissioner’s conduct. Over just a few months of the pandemic Ters will have distributed more than R40bn to keep on the payroll of companies that were in lockdown and unable to trade millions of workers who were therefore unable to work.

When the pandemic struck in March SA had a manual UIF system where each employee who wanted to claim benefits would have to fill in forms and stand in a queue. Typically, new IT systems are designed over months, and tested and retested with parallel test processing before going live. The UIF had no time to do any of that.

The choice was simple. Launch with a flawed system and fix it on the go, or build a perfect system and only then launch it. Yet the latter was not an option, pressure to launch the system and to get the payments flowing in April and May was enormous.

Another concern is that the UIF calculation methodology that was used was insanely complex for such a task. Why did we not just use a simple percentage of salary with a cap? The UIF methodology is just too complex for ordinary people to understand, be they the government, employers or employees.

I believe an incorrect decision was made upfront, with which the commissioner and his team had to live. The Ters rules were also changed in April and May, which introduced renewed uncertainty over who qualified. Should the rules not have been clear from the start?

Employment & labour minister Thulas Nxesi gave the UIF the task of disbursing the money, and then the UIF had to hurriedly come up with a system, warts and all. Time for detailed planning was a luxury that was just not available.

While the auditor-general has had no problem detecting flaws, weaknesses and mistakes in the Ters system, the findings of the audit highlight gaps that had already been highlighted to the department, most of which have already been given attention.

Fraudsters inevitably found the gaps. The UIF tried to close them by implementing new controls. Some of those controls were imperfect as well. It was progress, but not perfection.

I agree with the observation by the auditor-general that government information technology systems carry data on almost everyone in the country, which could be used to improve the UIF system. For example, there are the home affairs databases and the SA Revenue Service (Sars) databases. Indeed, work is already under way to plug the UIF into these.

There have been stops and starts, and MPs have been critical of the shortcomings of the scheme — piling on the pressure to pay quicker — but somehow the ship has stayed afloat, and the money has largely flowed into the right bank accounts.

Of course, there was some fraud. But not large-scale looting. We have to look elsewhere for that. We know that early on some companies were overpaid, as the auditor-general has also noted, but the department had measures in place for companies to refund the money, and this has occurred.

One of the concerns raised by the auditor-general relates to double dipping: people claiming more than one benefit instead of sticking to a single one, such as maternity pay or Ters. But this is not necessarily fraud, and these errors have been rectified as we went along. Sometimes companies failed to filter out people who were on maternity leave, or were deceased, when they made workforce-wide applications for Ters. Most companies have already fixed this. Strangely, though, it is the Ters administrators who are feeling the wrath, with the implication that they are corrupt.

As far as actual fraud is concerned, there have been 38 reported serious cases and these must be harshly dealt with. Employers are in support of the “follow the money” strategy, which will require the auditor-general to conduct audits on companies that received the Ters benefit. However, on the face of it there does not appear to have been large-scale looting and corruption, as is being implied.

So what are we to make of the precautionary suspension of the UIF commissioner? Is the government sending the wrong signal? Will individual public servants in future find themselves in the unenviable position of having to choose between taking calculated risks to get the job done or opting to do nothing to protect their careers?

Inevitably, the commissioner’s suspension has been seen as an admission that there is serious rot in the Ters scheme, which I have already suggested has actually been run pretty well under extremely difficult circumstances. I am not saying it could not have been done better. Of course it could, but we are all geniuses with hindsight.

With the president wanting to march on the issue of corruption, many will welcome any sign of a crackdown. And while Maruping may have been doing his best to keep the Ters payments flowing into the right pockets, he and his team of senior managers do need to be held accountable for their mistakes.

That said, mud sticks, and we should not seek scapegoats. This must not be allowed to distract us from the core purpose of the Ters scheme. The UIF has to continue to pay out funds to vulnerable workers as the response to the Covid pandemic continues to unfold.