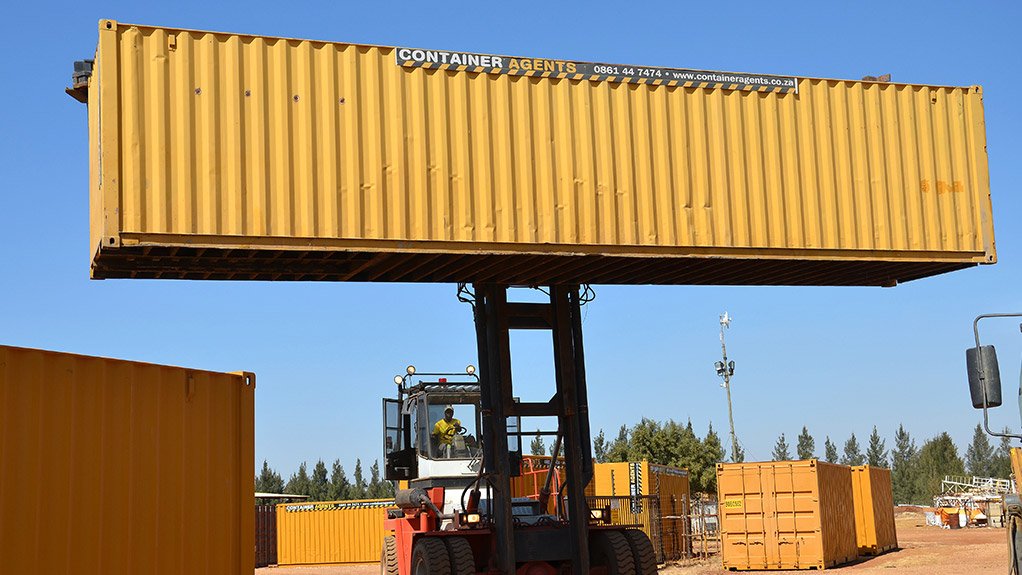 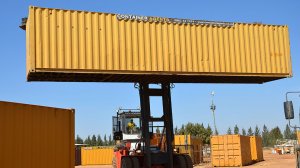 Based at the N4 Gateway Industrial Park, east of Pretoria, Container Agents – which will next year celebrate its tenth anniversary – is a member of the Master Builders Association (MBA) North. Further, Container Agents director Charl Venter is the current president of MBA North.

MD José Frazao says the company has come a long way since its establishment in 2006. “The company’s growth was given major impetus during South Africa’s staging of the FIFA 2010 Soccer World Cup, for which we supplied storage containers for all the new northern stadia building sites.”

Container Agents’ rental business focuses on areas within 350 km of Pretoria; about 80% of its customers are active in the construction industry. “The containers are generally used for the storage of building materials on site or for standard or executive offices, for which we can do a standard conversion. However, we could also convert the units according to customers’ requirements, with fittings such as specific air vents or air-conditioning, windows and doors, partitions, ablutions – some with showers – and even corporate colours and logos, if required,” says Frazao.

Container Agents can convert containers into several different types of structures, including spaza shops; guard houses; laboratories, with special chemical-resistant floors; classrooms; sheds - some with floors; and even mobile bachelor studios - also with floors. “The company also sells 6 m and 12 m refrigerator containers – or so-called ‘reefers’ – which are large mobile fridge/freezers,” he says.

Frazao adds that Container Agents is striving to get ahead of the competition when it comes to reefers, as the company provides not only a detailed pre-sale inspection report, but also a six-month guarantee.

Container Agents GM Willie Mouton says a potential growth area for the company is in the provision of containers, which are converted into top-end sanitary facilities, including toilets, showers and wash basins.

“This will enable the renter to add men’s and women’s toilets to the container storage space and container offices they already hire from us,” he says, adding that it is now compulsory to provide separate male and female ablution blocks on building sites and that the demand from contractors for containers with ablution facilities is continually increasing.

Mouton adds that customers who prefer the normal chemical toilets for workers on site can also be accommodated through a joint venture with equipment hire company Coastal Tool Hire.

Container Agents has a fleet of four crane trucks to deliver both rented and sold containers. The company also owns a special container-handling forklift to assist customers at the Container Agent’s yard in Donkerhoek, Pretoria.

“In terms of distribution, Container Agents has concluded an agreement with the major Chamberlain’s Hardware Group, through which our containers are given special Chamberlain’s branding,” he says. Chamberlain’s supplies the containers to customers for storage of cement and other building materials.

Container Agents can also supply containers to other African countries and arrange transport from the nearest harbour to selected building sites.