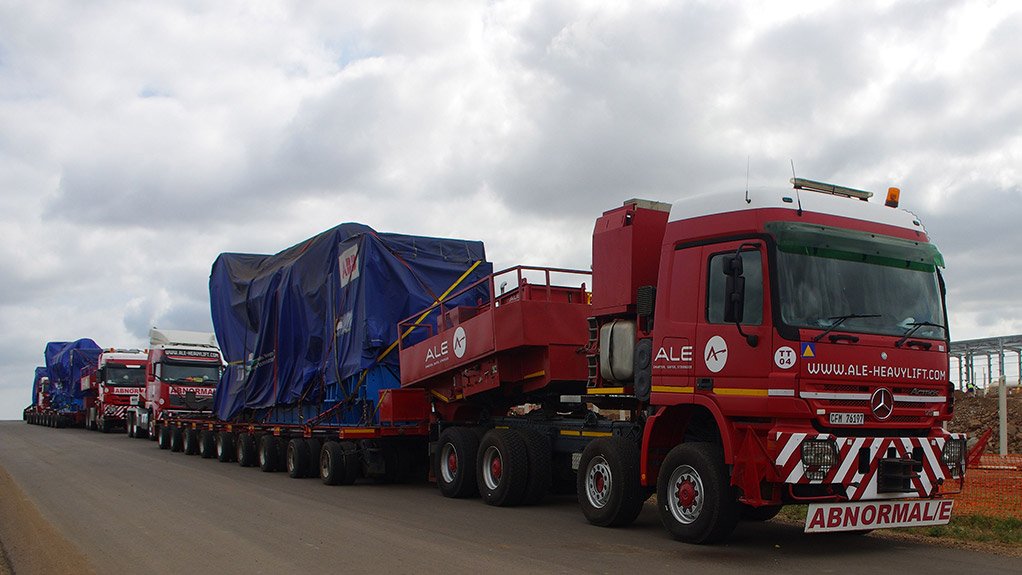 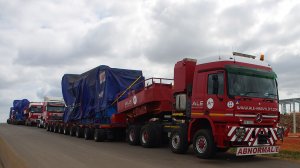 The construction of a 100 MW natural gas-fired power station at Ressano Garcia is progressing well, with the first of 13 power generation sets having arrived at the Gigawatt Park site on April 15.

South African investment group and majority shareholder in the project Gigajoule International on Thursday said shipment of the 20-cylinder natural-gas-fuelled Rolls Royce engine sets, manufactured in Bergen, Norway, had been completed in March.

The generator sets were now being transported by road to the R2.24-billion project, where civil construction got under way in August 2014.

The construction of the power station was on schedule and within budget and it was expected to be fully operational before the end of the year. The engineering, procurement and construction (EPC) contract was executed by a consortium comprising WBHO and PB Power, while TSK was the main subcontractor.

Gigajoule International CEO Johan de Vos said the power station was a “great example of the huge potential” of natural gas as feedstock for power generation in Southern Africa.

“Natural gas has proven to be the least damaging to the environment of all fossil fuel-based energy sources and it is, by far, more cost-effective and energy efficient than any of its counterparts – coal, oil and diesel.

“The short lead time and ease of construction of gas-fired power stations make them ideal to help solve the energy crisis that South Africa faces – in the short, medium and long term,” said De Vos.

He added that the massive natural gas reserves now discovered in northern Mozambique had the potential to meet all the energy needs of Southern Africa in the long-term.

Gigawatt Mozambique would supply the power to Electricidade de Moçambique, the country’s power utility, under a long-term power purchase agreement.

Natural gas would be delivered by Matola Gas Company, which currently provided gas to more than 30 industries and three temporary gas-fired power stations in Mozambique.

The plant could supply electricity to the equivalent of 250 000 households and would make a substantial contribution to Mozambique’s power supply capacity.