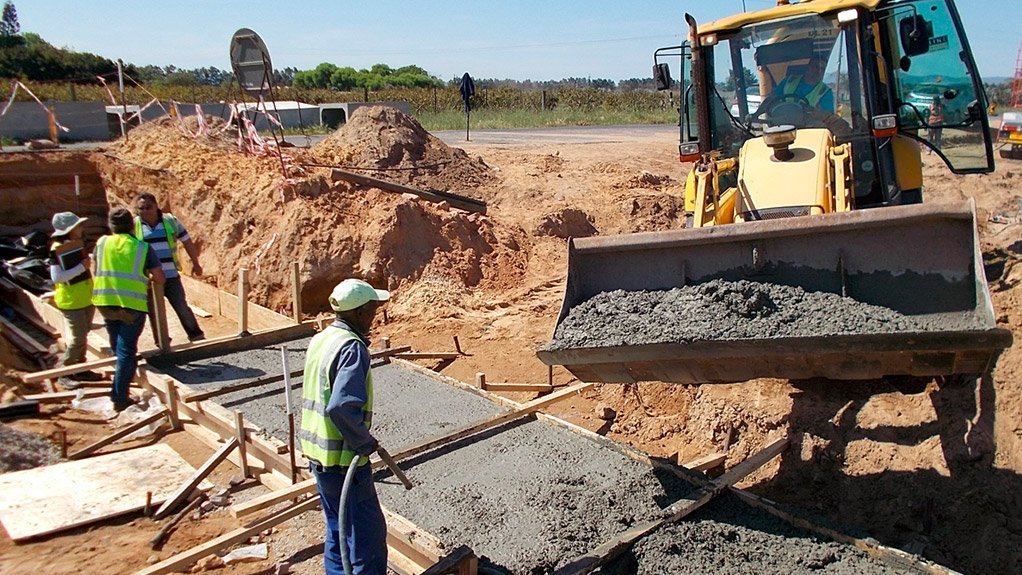 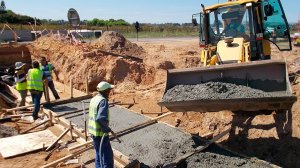 Despite certain sections of the construction industry returning to work under Alert Level 4 of the national lockdown, the industry is currently only working at between 10% and 15% of its capacity, says Industry Insight senior economist David Metelerkamp.

Construction on public projects, such as roads, water, sanitation, power, schools and hospitals, had been allowed to continue under Alert Level 4, which kicked off on May 1.

Current planning shows that work on commercial buildings may only start at Alert Level 3, with private residential projects to wait until Alert Level 2.

Many contractors did not go straight back to work on May 1, says Metelerkamp, with many taking two to three weeks to return, while some others are not yet back on site.

He notes that a survey showed that contractors are battling to obtain the correct permits to get back to work. Another problem is the fact that there is no single set of regulations managing the health and safety measures to be implemented at construction sites to contain the spread of Covid-19.

“Even though a sizeable chunk of the industry can go back to work, this hasn’t really happened, and we are operating at a really low level,” says Metelerkamp. “This needs to speed up to a large degree if we want to see any sort of return to normality.”

Looking ahead, Industry Insight has compiled three scenarios on how the Covid-19 lockdown may impact the South African construction industry.

The assumptions worked into these scenarios are that Covid-19 will peak in September and that there will be no major resurgence later in the year. The scenarios also assume there will a major slump in spending by government going forward, a much weaker economy, as well as lack of demand from the private sector.

The three scenarios are also based on government’s guidance on when what parts of industry will return to work, and at what capacity.

Baseline Scenario 1, and the most likely at a 60% probability, is that the construction industry will operate at 50% capacity from May 14 to the end of June, says Metelerkamp.

The industry will then operate at 70% capacity until the end of October, and 100% thereafter.

“We are going to have to adjust this in coming months, because there is a lot of uncertainty, a lot of moving parts and a lot of variables in a very short space of time.”

Under this scenario, the construction industry contracts by roughly 28.2% in 2020.

“That is a significant decline,” says Metelerkamp.

Scenario 2 is the most optimistic of the three, but has only a 30% probability, says Metelerkamp.

Under this scenario the construction industry will operate at 70% capacity from April 30 to the middle of June, at 80% until the end of September and at 100% thereafter.

This scenario sees the South African construction industry contracting by 14.5% in 2020.

“Maybe these big stimulus measures by government come through, maybe the economy bounces back quicker than we think, maybe the vaccine comes sooner than we expect,” says Metelerkamp. “But this is a bit optimistic.”

Scenario 3, with a 55% probability, he notes, is that the industry operates at 50% capacity until September, 70% until the end of the year and 100% capacity thereafter.

Under this scenario, the construction industry contracts by 34.3% in 2020.