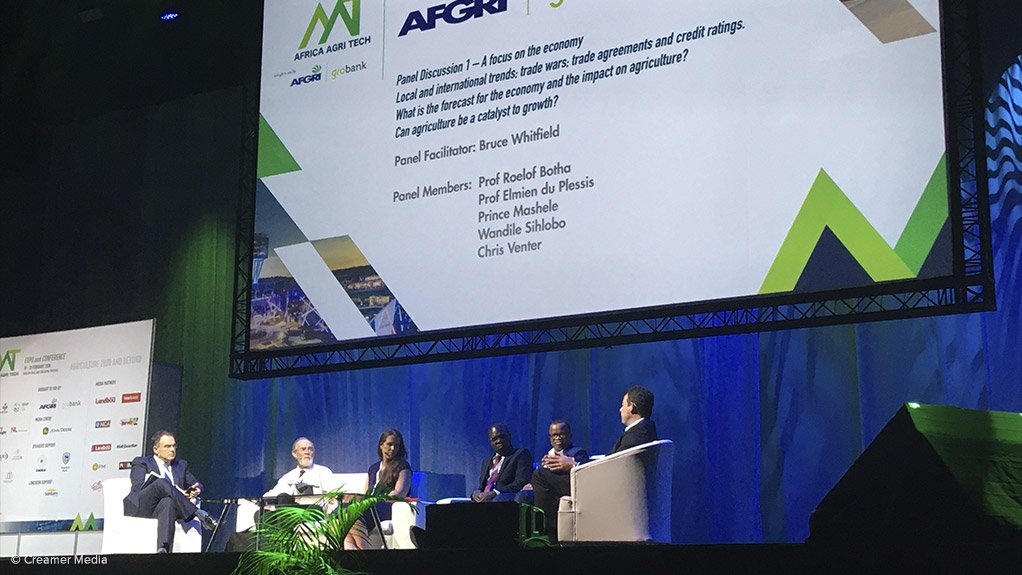 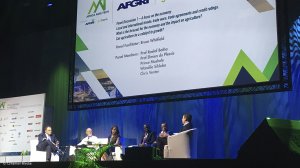 South Africa should put in place a 50- to 100-year food security plan, and then walk backwards to see what it can do to make that happen, says former Afgri CEO Chris Venter.

“However, this is not happening. We are not looking at the areas becoming increasingly drier in our country to see what we can farm there, for example.

“If you go over it, year for year, you can see that there is a twenty-year shift in rainfall, but government is not preparing for this.”

Venter stepped down from the food and agriculture group in January.

Speaking at the Africa Agri Tech conference, held in Pretoria this week, Venter on Thursday added that much of the goodwill that had flowed from Cyril Ramaphosa’s appointment as the new African National Congress president had “filtered away”, because there had not been a consistent message delivered to the farming community.

“We had nine lost years under [Jacob] Zuma and now we’ve lost two or three more.”

Venter said a farmer in Australia had to worry only about the weather and the markets, while South African farmers were faced with issues around land tenure, crime and unreliable electricity supply.

South African farmers also didn’t receive subsidies, as a lot of farming communities in other parts of the world did, he added.

Also participating on the panel discussion on agriculture, land reform and the economy, North-West University Faculty of Law professor Elmien du Plessis added that there was no clear policy on what the South African government wanted to achieve in the agricultural sector.

With the debate on agriculture taken over by politicians in “a fruit salad of ideas”, there was little room for economists, lawyers and the private sector to participate in developing the sector.

She said the debate around land expropriation and a potential constitutional amendment had cropped up because of government not moving on the issue over the last 25 years, while it had, in fact, all the legal instruments to do so, but lacked political will.

She said the best option for the process would be a clarification to the Constitution, rather than changing it.

She noted that land distribution was necessary, but in an orderly and fair manner.

Agricultural economist Wandile Sihlobo regarded the chances for a constitutional amendment as 50/50.

He emphasised the urgent need to strengthen the government departments concerned with agriculture and land, as “a mere constitutional amendment would not deliver much”.

It was also necessary to invest in the infrastructure required to farm, such as roads.

Sihlobo believed the biggest potential for farming growth existed in the Limpopo, Eastern Cape and KwaZulu-Natal. South Africa also needed to improve its access for agricultural goods to markets such as India and China.

Political analyst Prince Mashele, slamming the ANC as a failing liberation movement past its sell-by date, added that a constitutional amendment would not benefit the majority, with education a much more empowering factor.

He said a personal study of the history of South Africa showed that Afrikaners had historically not moved upwards economically through farming, but rather through investing heavily in education.

Mashele believed one of the ways the ANC would take education more seriously, would be if politicians at all levels were forced to enroll their children at public schools.

He said South Africa’s land ultimately needed to be in the hands of people who could run it productively, with ownership reflecting the country’s demography, and with farms not used as “vanity projects”, such as those farms owned by politicians such as Ramaphosa.

If the ANC government had been serious about land reform, it would have also spent the last 25 years training agronomists in preparation for a shift in ownership, he added.

“What use is a constitutional change now?”

Sihlobo believed that the agricultural sector was in the position to absorb people with a lower skills level, which was important as 10.3-million people were unemployed.

Du Plessis recounted how she had been approached by farmers wishing to execute private land reform projects, by sub-dividing their land for the benefit of their workers.

However, this required a sign-off from government – a single signature – which it was not prepared to give as current ideology dictated that land reform should benefit communities and not individuals.