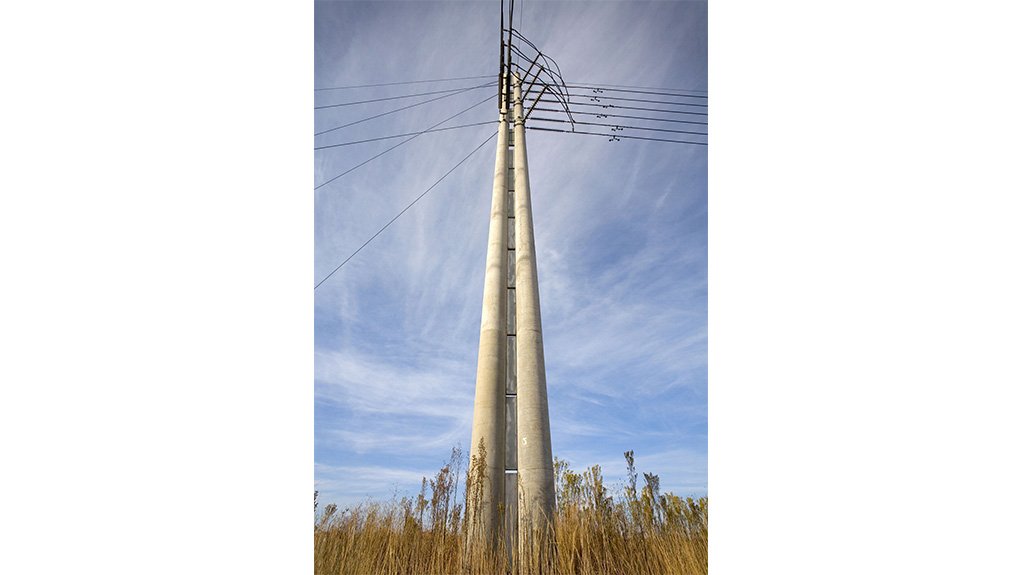 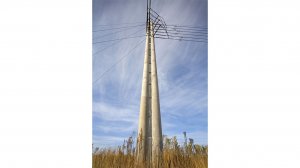 Concrete products supplier Rocla subjected its 11 m concrete cast pole to 8 kN of force testing at its manufacturing plant, in Roodepoort, in May.

“Our cast pole is manufactured using the conventional concrete casting method. It is essential that we continually conduct quality checks to ensure that the pole is standing up to the required standard, and the results of the recent test show that our concrete poles reached the SANS 470 concrete pole code easily.

“In fact, the final test result was that our poles reached a load of 10 kN without collapse,” states Rocla civil engineer Muhammad Bodhania.

This force testing means that the pole would be able to support a load of 8 kN applied at 300 mm from the tip, which is known as the ultimate load of the pole.

The pole has a safety factor of 2.5; therefore, in practice, the pole might be subjected to a maximum load of 2.5 times less than the ultimate load. This is known as the working load.

The proof load of the pole is 10% higher than the working load. At proof load, the load must comply with the deflection, crack width and permanent set criteria set out in SANS 470.

The 8 kN cast pole has to fulfil certain criteria according to SANS 470, including the proof load test, where the pole is subjected to a load of 3.52 kN. This is calculated by dividing the rating of the pole by the safety factor of 2.5 and adding 10% to the result.

The pole sustains the proof load when it does not exceed a crack with width greater than 0.25 mm and does not deflect more than 698 mm, which is 7.5% of the cantilever length of the pole.

The pole must also be subjected to a permanent set test, where the proof load is released and the permanent set, or deflection, should not be more than 20% of the deflection at proof.

During the ultimate test of 8 kN, which is the rating of the pole, it must sustain this load without collapse.

Bodhania enthuses that the pole passed all these requirements, as the pole reached 10 kN, compared with 8 kN that it needed to reach, at the ultimate load.

“We loaded our concrete pole to proof. At proof, the deflection and maximum crack width is measured. The load at which the first crack appears is also noted. After loading the pole to proof, the load is released, and the permanent set is measured. We then loaded the pole again to ultimate, and the 10 kN without collapse was achieved.”

He states that concrete poles provide a number of benefits, including an optimised design that allows for the use of standardised fittings and ease of installation.

He also emphasises that concrete gains strength over time: “If a concrete product is designed, manufactured and installed correctly, it exceeds its service life expectation many times.”

Concrete poles also require minimal maintenance and are a cost-effective, long-term and durable solution. They also have a superior fire rating than wooden poles and are less prone to theft and vandalism, as hardened vandalised concrete has no resale value.

Further, concrete poles are heavier than steel and wooden poles, making them less likely to be stolen.

Rocla’s concrete poles are manufactured locally and have also been installed in countries such as Namibia, Botswana, Mozambique and Lesotho.

Rocla has also completed the manufacturing of about 500 poles for the Karusa and Soetwater wind farms, owned by multinational energy company Enel, in the Northern Cape.

“We are proud of the recent quality assessment results on our cast concrete pole. Safety and quality are all-important features in the Rocla manufacturing processes. “We believe that we deliver a superior product and our test results confirm that,” concludes Bodhania.