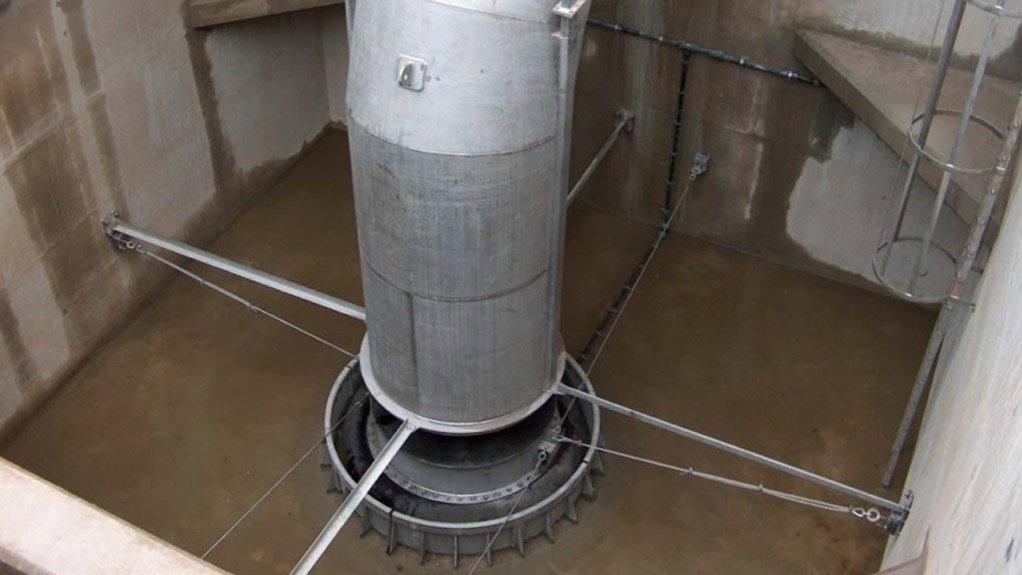 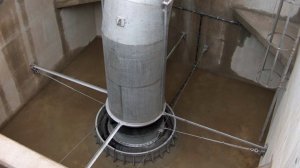 In January, the company installed three 1.35-m-diameter FDS-DVs in the Van der Kloof canal near Jacobsdal, in the Free State, for use in the Orange-Riet irrigation scheme. These valves are fitted with an electric actuator connected by telemetry to a control room situated 22 km away in Jacobsdal to provide remote adjustment to the flow.

The company is also installing FDS-DVs for water authority Amatola Water Board’s reservoirs, and plans to install two of these valves at the Ncora dam, on the Tsomo river – all in the Eastern Cape – in the next few months.

Another two large FDS-DVs are scheduled to be installed for Swaziland irrigation schemes within the next few months.

The valves are mostly used for irrigation and dirty-water control schemes in remote areas because the valves operate automatically and do not require supervision or regular maintenance.

The FDS-DV was initially developed by farmer Laurie Turner in the 1960s, on his farm near the Little Fish river, north of Port Elizabeth, in the Eastern Cape.

“He wanted to have a control mechanism that worked automatically, and at that time, the only valves available were hand-operated sluice gates, which was not a satisfactory operating system,” explains Townshend.

The concept was then engineered by water solutions company Fluid Dynamic Systems in the 1970s, after which Amanziflow Projects applied for a licence in 1990 to further improve the FDS-DV’s engineering to a standard that enabled Amanziflow Projects to supply the Department of Water and Sanitation and other water authorities with automatic valves for use for irrigation, dams and reservoirs.

“These valves have an operating range outside that of other valves, which means they only need low water heads of 0.5 m head of water to operate. They overcome blockage problems, such as dirty water, reeds and frogs, which can normally stop other valves from operating.”

The FDS-DVs are low-pressure valves, ranging in size from 150 mm to 1 600 mm, which can operate up to 90 m of pressure, but generally operate in the 5 m to 40 m range. The valves have a diaphragm to pressurise water flowing in from upstream to automatically control the flow of the water further downstream.

“This is especially useful in canal systems with low water heads and dirty water that can clog up valves that otherwise use screens,” Townshend points out.

In 2007, the company installed two 1.6-m-diameter valves for the Maguga dam, in Swaziland, to automatically regulate the intermittent and large flows from the hydropower station for power generation, and keep a constant flow down the Komati river. These valves are specifically developed to reduce erosion problems as a result of uncontrolled rushing water downstream.

“Our valves are also efficient in dissipating energy from a dam – similar to a fully opened tap – as water flows out of the dam. The FDS-DV discharges into a chamber which reduces the energy of the water flowing down the river,” notes Townshend.

He also mentions that it is important to innovate with water control equipment, as leakages are a big problem in South Africa. He says that around 37% of water is unaccounted for, owing to illegal connections, pipe breakages and valve leakages.

“Therefore, it is necessary to improve operating efficiency of water control systems, especially with increasing water demand in our semi-arid country.”

The Company Amanziflow Projects was established in 1990 and has more than 25 years of operating experience in the design, supply and installation of automatic water control equipment in Southern Africa.

The equipment is specialised for application in African conditions and requires no electrical supply or labour to operate.