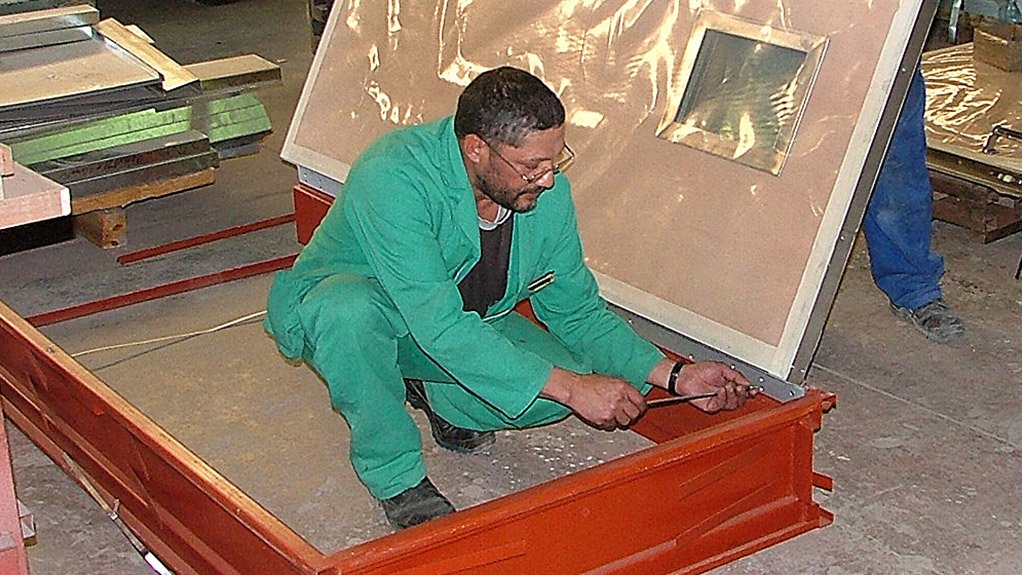 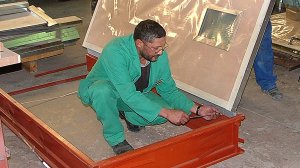 “There has always been a demand for security doors wherever money is handled and stored, and the rising crime rate in South Africa has most certainly sustained this demand,” he notes.

He says that, as a result of the growing demand, the company is considering expanding its factory within the next 6 to 12 months to ensure that production output of the security doors is increased.

The modernisation programme entailed the addition of new equipment, including a CNC guillotine and a bend brake, which have already been installed, that are used to cut and bend steel for the manufacture of the frames for the security doors.

Vollmer says Bitcon supplies doors to organisations and outlets that are involved in handling money, such as banks, retail shops, education institutions and petrol stations.

“The doors are supplied as a door and frame unit and installed by the building contractor,” he says.

Institutions that have recently had security doors installed include the International Bank for Africa in the Democratic Republic of Congo, the University of South Africa and The Lady Pohamba Hospital, in Namibia.

“However, there has not been any significant demand from places such as private residences and security estates, as demand from these sectors has been confined mainly to clubhouses,” Vollmer says.

He adds that the company also exports its security doors to Botswana, Mozambique, Nigeria and Ghana, besides others.

Vollmer tells Engineering News that a company needs to consider several aspects before investing in a security door, for example, ensuring that a recognised testing authority, such as the South African Bureau of Standards (SABS), has tested the doors.

“Bitcon’s security doors are SABS-tested for weapons and ammunition that vary from handguns, AK47s and R1 and R4 rifles, as well as R4 rifles that use 5.56 armour-piercing ammunition.”

What makes Bitcon’s security doors the best choice for businesses is their proven record as effective security features, as well as their quality, which is accompanied by service excellence and peace of mind that stems from the knowledge that you have invested in an effective security door, he says. Vollmer adds that the company’s security doors include the Anti-Bandit, Polar and Hippo ranges. The doors comprise a reinforced bullet-resistant core, with a veneer or steel finish, a stainless steel channel surround and a stainless steel stile to the leading edge of the door to limit access to the locking mechanism.