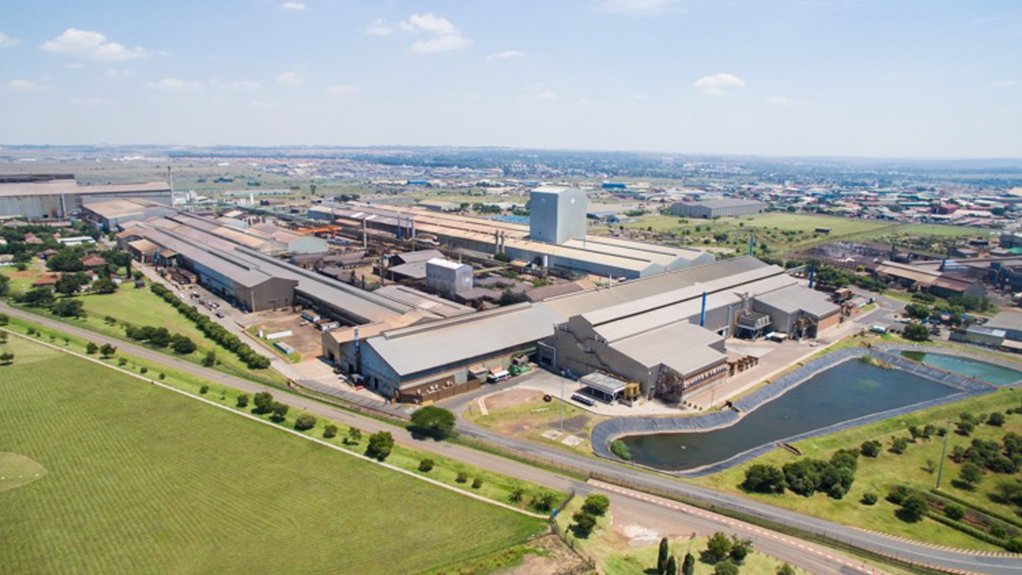 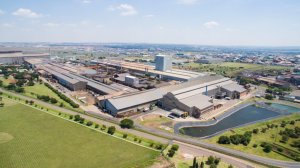 Year of Formation and Background to Founding:
Columbus Stainless was registered on December 24, 1964 by Rand Mines as Southern Cross Steel. The South Africa Stainless Steel Development Association was formed during the same year. In 1965, Rand Mines announced its intention to establish a stainless steel manufacturing facility adjacent to its RMB Alloys plant, in Middelburg, and in 1967 Southern Cross Steel officially opened its rolling mill and the first piece of stainless steel was rolled successfully. In 1977 a ferritic steel containing chromium which would give a significant longer product life than mild steel was crafted and would later be patented by Columbus Stainless being named 3CR12®. The next decade saw the company, now named Middelburg Steel and Alloys (MS&A), expand after an approved capital expenditure (capex) of R150 million. In 1980 3CR12® was tested in 450 different applications and South African Railway placed its first order for electrification masts running alongside rail tracks.

MS&A was then acquired by the Columbus Joint Venture (a consortium of Samancor, Highveld Steel & Vanadium and the Industrial Development Corporation) in 1991 with massive expansion plans and capex approval of R2, 55 billion. The expansion project was completed in 1996 and former President Nelson Mandela officially launched the plant. The Spanish Stainless steel producer, Acerinox acquired 64% shareholding in 2002 paving the way for synergies in marketing and sales into international markets. A year later the stake was increased to 76%, reflecting its confidence in the company.

Today, Columbus Stainless has a rolling capacity of one million tons and is the biggest stainless steel single site producer in Africa. It has recently added mild steel to its product offering.

Company Mission, Products & Services:
The company focuses on supplying value-added stainless steel which can be used mainly to support South Africa’s downstream fabrication and other manufacturing industries. Our mission, adding stainless quality to life is to grow and support the domestic, national and international value chain. Our vision of making tomorrow stainless is the driver to ensure that we continue to be a globally competitive, preferred supplier of stainless steel flat products.

Columbus Stainless produces the three main families of stainless steel namely: standard and utility ferritic, austenitic and duplex stainless steel in a variety of forms including plate, sheet, coil, all of which are supplied in various dimensions as required by the end user.

Current Shareholders:
Columbus Stainless is a subsidiary of a global player with its head office in Spain. Acerinox S.A. holds 76% shares in the company whilst the South-African Industrial Development Corporation (IDC) holds 24%.

Number of People Employed:
The company supports the livelihoods of 1300 employees and 600 onsite contractors. Annually over 100 job opportunities are created for young trainees. Through its BBBEE program, Columbus Stainless actively promotes doing business with small, medium and micro enterprises (SMMEs) owned or controlled by black entrepreneurs that are able to supply quality products and services in a timely and competitive manner.

Greatest Corporate Achievement:
One of our greatest achievement is 3CR12® - a proudly South African Columbus Stainless invention. This product continues to bridge the gap between coated carbons steels and the more highly alloyed stainless steels. 3CR12® is a low cost alternative material used widely throughout the South-African, African and International mining industries as a cost effective solution to corrosion in a variety of structural applications, without the need for additional corrosion protection. Applications are widespread and include ore handling environments in mines and coal wash plants – for example in applications such as ore cars and wagons, chutes and launders as well as shaft steel work. 3CR12® is also used in chimney stacks, ducting, roofing and cladding (most commonly poultry and piggery buildings), walkways including grating, hand rails, stairs, electrical boxes and security fencing. It has also seen successful uses in water applications, including sewage processing plants and municipal water storage tanks.

Hope for the future:
There are endless growth opportunities for the South African stainless steel value chain. Many manufacturers of stainless steel finished products in South Africa have their focus not only in the domestic market, but with export focus for their growth potential. These include the manufacturers of exhausts and catalytic converters, tank containers, and the pipe and tube makers and various other finished products. We at Columbus are proud to be associated with these leading manufacturers and will continue to assist them in their quest to make their businesses successful.

We trust that the plans being put in place by our government, through the implementation of the Steel and Metals Fabrication Master Plan, will unleash these great opportunities with the ultimate goal to grow the South African stainless steel value chain.