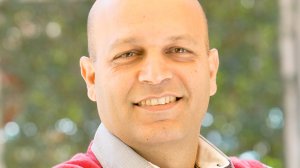 “Two key factors for the success of infrastructure projects in Africa is the collaboration between the private and public sector, whilst using a third party for early engagement and de-risk; and integrity in the design process,” said Poya Rasekhi, Chief Executive Officer of Arup SA, at the recent Captains of Construction Exclusive Leadership Forum panel discussion which addressed the topic ‘Industrialisation Policy Goals in Africa: Aligning Private Sector Strategy’.

Rasekhi said, “The private and public sector has to engage in a collaborative approach in order to succeed in reaching project goals. It also makes ‘success-sense’ to identify a third party and engage early on in the developmental stage to minimise risk factors associated with major infrastructural programmes. This will help align objectives and priorities for making the project a success, where both private and public sector can meet their objectives. The Fifa 2010 World Cup project is a perfect example of how partners worked together with Fifa to achieve the great success that the project became.

“Integrity in design cannot be compromised in any way. We see sub-standard designs working their way into developments more regularly due to the pressure of price and lack of upfront planning and design work. In a recent Arup survey on the real cost of poor design, we discovered that in developed countries between 4%-5% is spent on design, whilst in developing countries it is between 2%-3%  - often resulting in an over run of 30% to 40% of capital cost. These costs can be easily reduced in Africa through embracing effective planning and good design.”

When commenting on big Africa infrastructure to watch, Rasekhi added, “The Renewable Energy Independent Power Producer Procurement Programme (REIPP) is globally recognised as a success. We now need to focus on how we implement similar initiatives into other sectors of industry as well as exporting the concept to the rest of Africa. In the energy space, the price of grid electricity is increasing while the price of solar energy is decreasing, so the incentive for utilising renewables integrated into buildings is increasing.

“An indication of the importance that Arup SA places on renewable energy resources is evident by the fact that five years ago Arup South Africa had no renewable energy team to speak of. “Our SA team is now regarded as the global leader of excellence for renewables within Arup,’’ he concluded.

The above comments are extracts from a panel discussion at the Captains of Construction Forum recently held alongside ConstructionIT and the Totally Concrete Expo, in Johannesburg, May 2016. Arup CEO, Poya Rasekhi, formed part of a high profile panel that included representatives from Power Africa; the Industrial Development Corporation; the Ambassador to South Africa, Democratic Republic of Congo; and the Development Bank of South Africa.

Arup is the creative force at the heart of many of the world’s most prominent projects in the built environment and across industry. From 92 offices in 40 countries our 12,000 planners, designers, engineers and consultants deliver innovative projects across the world with creativity and passion.

We have over 650 staff in Africa, with 400 based in South Africa. Through our unsurpassed technology and connectivity, we can call on the international expertise of our colleagues from across the globe at any time. We have worked on more than 20,000 projects and developments in Africa including commercial buildings, mixed-use developments, airports, sports venues, bridges, highways, railways, industrial development zones, oil, gas and energy projects, hospitals, prisons, arts and cultural venues, science and technology parks, water and waste projects.

On these projects, we have provided or continue to provide multidisciplinary engineering, planning, project management, transaction advice and sustainability consulting services.

For more information, go to www.arup.com