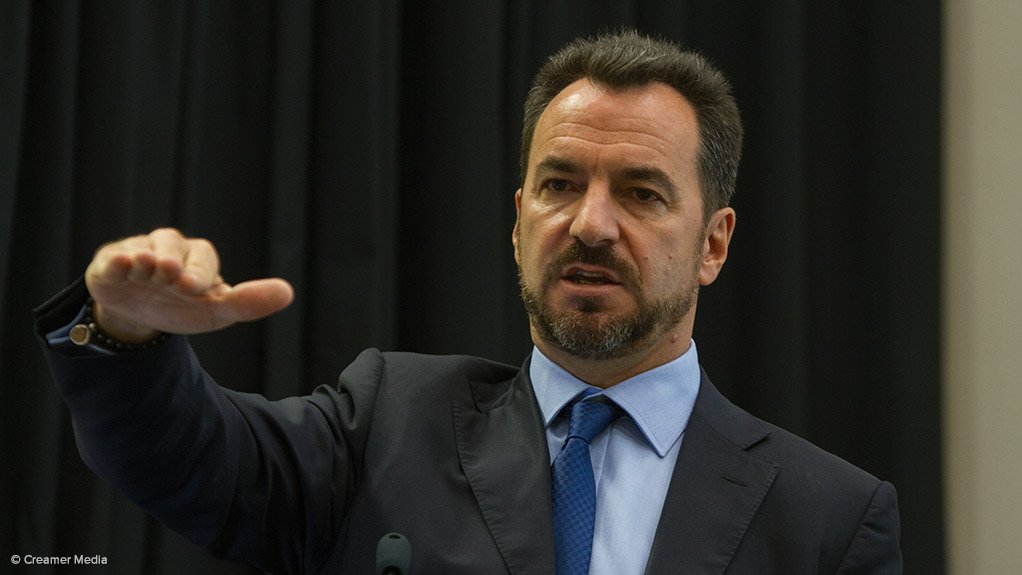 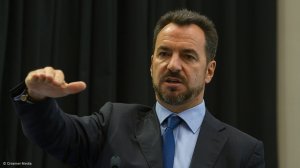 Speaking at a presentation at the Gordon Institute of Business Science (GIBS) attended by Creamer Media’s Mining Weekly Online, Coleman put the stabilisation of South African mining at the top of a list of eight priorities for this country, which the world-leading investment bank found had an extremely sound financial sector and low hard-currency external debt but red-flashing 24%-to-34% unemployment lights.

Key conclusions from stress tests the bank applied in a comprehensive data-backed study found that South Africa had a well-governed corporate sector with resilient earnings and a free-floating exchange rate that acted as a shock absorber.

But to raise economic growth, each of this country's social partners would have to play its role, with government creating a conducive environment for business, business raising capital investment to drive domestic growth and jobs, and labour creating a stable environment for industrial relations.

The bank proposed a national youth service initiative big enough to engage 300 000 over five years and advocated a ‘Team South Africa’ approach to the rebuilding of investor confidence.

The comprehensive Goldman Sachs study found that although South Africa's wealthiest had grown stronger in the last 20 years of democracy, the country's poor had become less poor.

Of the 54-million South Africans, there were now 41-million “with something to lose” as a result of the income effect.

But the country needed to arrest the decline of mining to benefit from its multiplier effect and mining’s contribution to exports.

Although South Africa’s resilience to financial shock should give the confidence to private and public sector fixed investors and calm fears of an impending crisis, the country could not afford to be complacent.

“We need to get bolder," said Coleman, a member of a South African family with strong anti-apartheid struggle credentials, who observed that local business was readying itself to be more vigorous in its engagement with government.

The overall findings of the illustrious bank were that public policymakers and private sector participants needed to act with urgency to increase the pace and effectiveness of reforms to modernise the economy and address the weaknesses of unemployment, twin deficits and slow economic growth.

Government should embrace business, and vice versa, as partners for economic growth.

Recommended was the establishment of an economic council to drive growth because without urgent action, South Africa ran the risk of being caught in a low-growth trap, amid rising domestic social pressures and an approaching storm of global headwinds.