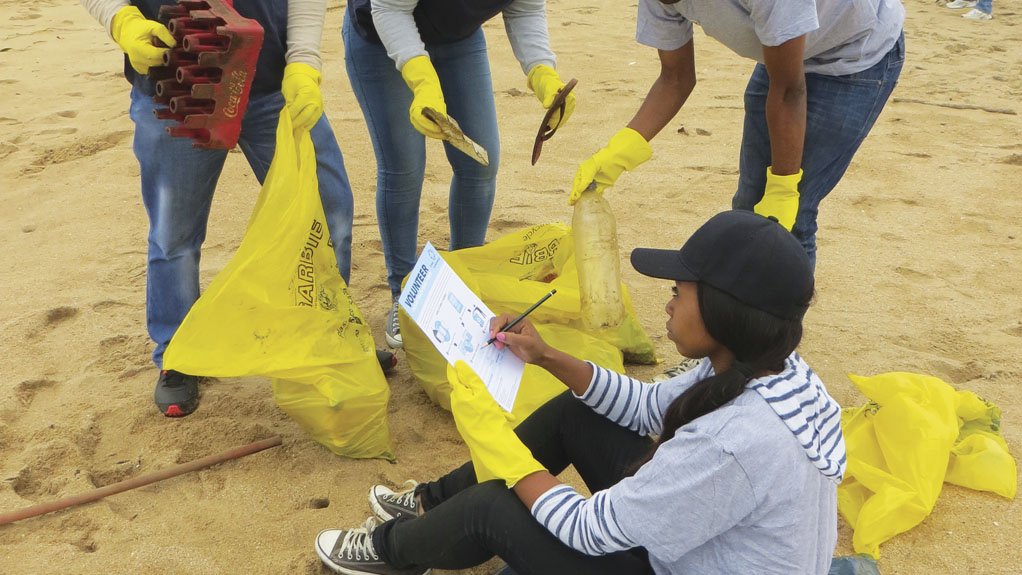 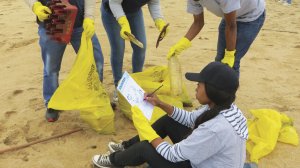 As part of the yearly initiative, Clean-Up & Recycle SA Week, which runs from September 11 to 17, industry body Plastics|SA says the yearly International Coastal Clean-Up (ICC) day on September 16 is the highlight of the week, as it is the world’s biggest yearly volunteer effort to promote ocean health, with thousands of people flocking to beaches to pick up litter.

Plastics|SA sustainability director Douw Steyn explains that the ICC initiative was launched by the plastics industry and Ezemvelo KwaZulu-Natal Wildlife in 1996 to reduce marine litter. A year later, the local plastics industry decided that the clean-up and recycling activities should be extended to the interior as well, resulting in the launch of Clean-Up & Recycle SA Week which is supported by various packaging streams, retailers and other organisations.

Clean-Up and Recycle SA Week includes various clean-ups that are planned for schools, neighbourhoods, water sources and beaches around the country.

Steyn explains that environmental organi- sation Ocean Conservancy is the international coordinator of the ICC, but Plastics|SA coordinates the beach clean-ups in the Eastern, Western and Northern Cape provinces, as well as various river clean-ups inland. “We are proud to partner with KwaZulu-Natal Marine Waste Network members, who take responsibility for coordinating beach clean-ups at all the major beaches in KwaZulu-Natal. To date, nearly 12-million people have been part of this effort to protect the ocean, and South Africa is a major part of this success story,” Steyn points out.

He notes that Plastics|SA will this year support one of the biggest national clean-up collaborations by partnering with the Let’s Do It! Africa campaign and the Wildlife and Environmental Society of South Africa Tourism Blue Flag Project – the latter being a National Department of Tourism-funded coastal conservation and youth development project. “This collaborative effort will mark one year to the big World Clean-Up Day on September 15, 2018.”

Moreover, Steyn says there is a real need for “proper” waste management in South Africa, adding that two of the major challenges are ensuring that the recycling environment is accessible to all communities and finding more end markets for the recycled material.

There is a lot of negative publicity regarding plastics, he notes. “Even worse, some commentators say society should ban plastics.” He says this suggestion is unrealistic and that the negative perception regarding plastics is unreasonable, as plastics are not inherently bad. “Plastics make our modern life possible, as cellphones, computers, televisions, cars and even clothing use plastics. They are safe, reusable, recyclable, durable and lightweight.”

He stresses that plastic-associated waste and litter result from human activities and that people should strive to become responsible users of plastic, and “reduce, reuse and recycle.”

Those participating in the Clean-Up and Recycle SA Week will likely develop good recycling habits and assist them in becoming responsible users of plastic, he adds.

“Every year, volunteers participate in the clean-up activities that take place along roadsides and rivers, at schools, and resi- dential and illegal dumping areas,” notes Steyn. The initiative is supported by provincial governments, local municipali- ties, environmental organisations, businesses, schools and communities.

“The aim of this week is to increase awareness of the social, environmental and economic benefits of recycling. During this time, we encourage communities, schools and businesses to clean up the areas where they work, live and play by collecting the litter and ensuring, where possible, that it gets recycled,” he states.

Steyn comments that it is difficult to estimate the amount of waste collected during the course of the week, but suggests that it is substantial. He notes that more than 400 000 clean-up bags were sponsored for coastal and inland clean-ups last year, with more than 120 000 volunteers participating nationally in various Clean-Up and Recycle SA activities.

Busy Schedule Steyn highlights that three other events will also take place, including the South African Plastics Recycling Organisation’s Best Recycled Product of the Year Competition, to be held on September 15 in Gauteng.

“This competition aims to acknowledge products that are made from recycled materials, thereby encouraging brand owners and industrial designers to consider recycled plastics as a material of choice.”

The yearly Clean-Up & Recycle Schools Competition is aimed at educating and encouraging schools, communities, businesses and organisations to “play their part” in cleaning up their immediate surroundings.

“The competition is open to primary and high schools, as well as businesses or organisations, which are eager to initiate a clean-up and/or recycling activity in their area,” says Steyn. Applicants have to write a short report on their clean-up and recycling activities, including photographs and information of what was accomplished, and then “stand a chance to win exciting prizes”.

The Sustainability Living Exhibition will run from September 15 to 17 in Durban. It includes a special education and awareness programme for schools on clean-up and recycling activities. “Plastics|SA partnered with shark and marine education company AquaAmazing to [encourage] schools not to litter, as it can harm marine life,” he concludes.