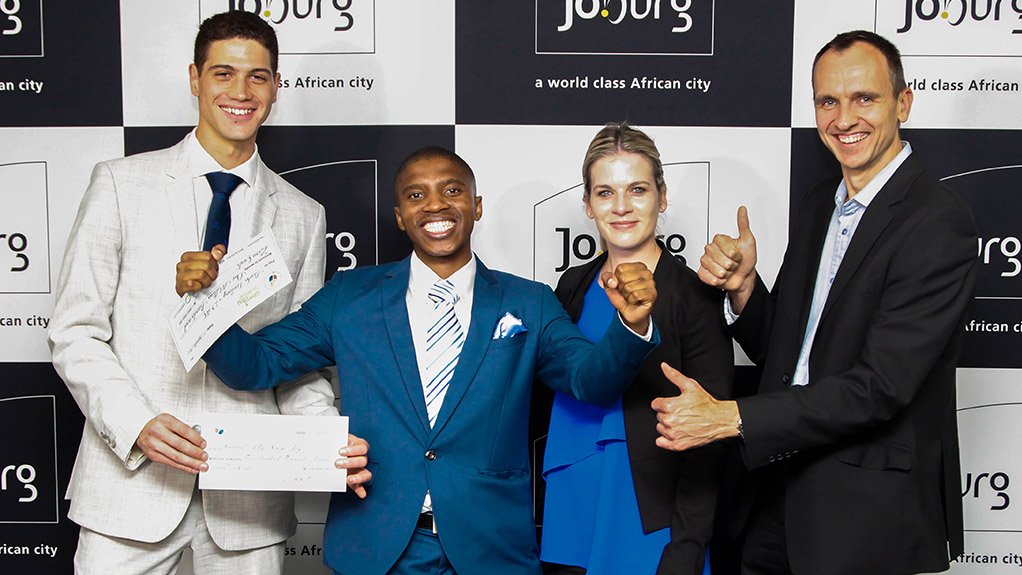 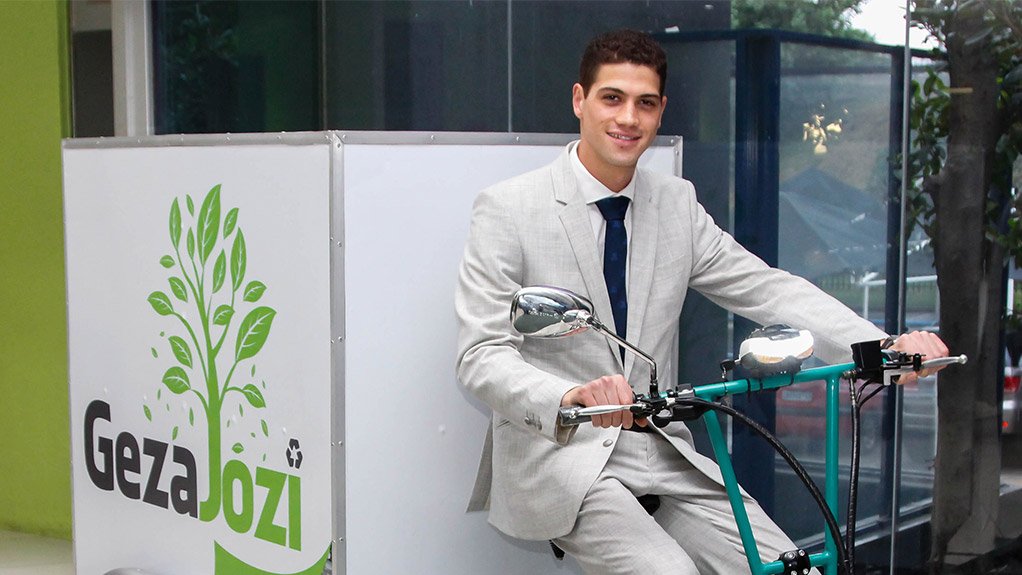 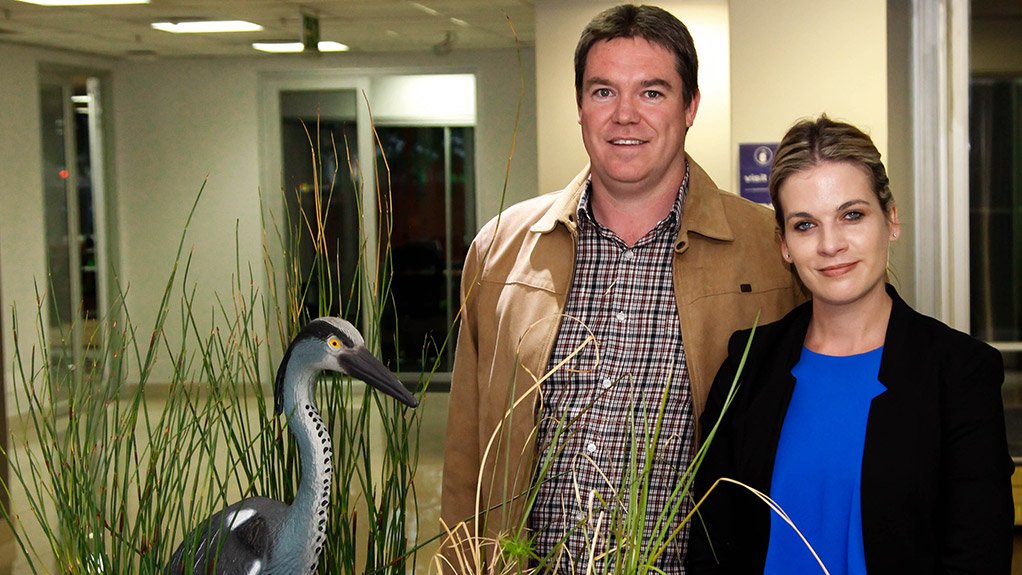 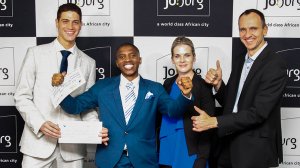 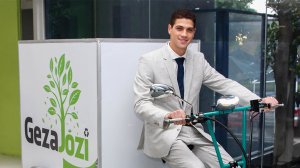 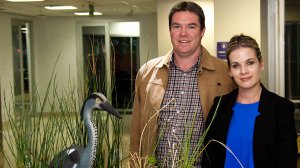 In partnership with the University of Johannesburg (UJ) and the UJ-owned training, research and development ecosystem, Resolution Circle, the City of Johannesburg developed the Green Challenge Fund, aimed at identifying creative green entrepreneurs whose ideas could help improve the city’s green culture.

“We were looking for ideas that were immediately scalable,” says City of Johannesburg economic development executive director Ravi Naidoo, adding that entries were open to start-up businesses, small and medium-sized enterprises (SMEs), as well as partnerships in the energy, waste, water, transport and building sectors.

Naidoo confirms that, owing to the success of this initiative, it will continue in 2016.

Mathang further notes that the Green Challenge Fund facilitators want Johannesburg to be known for this initiative: “When people speak about the green initiative, we want them to say that Johannesburg is the leader in Africa.”

Water, Hygiene and Convenience (WHC) CEO Paseka Lesolang took top honours at the awards, winning R1-million for his WHC Leak-Less valve, which prevents up to 70% of water loss in toilet leaks. “South Africa loses R7.2-billion every year, owing to water leaks and, according to the Department of Water and Sanitation, as well as the World Health Organisation, South Africa’s water consumption might exceed availability of supply by 2025,” he said.

Second prize was awarded to founder and CEO of PowerOptimal Sean Moolman, who won R500 000 for his PowerOptimal power demand management technology, which helps reduce peak power demand by 30% to 50%, with very little impact on the electricity users’ activities. For commercial customers, this can mean a 20% saving on their electricity bill.

Joint third place was awarded to Gabriel Ally, a representative of Geza Jozi, the social enterprise that manufacturers and equips waste pickers. Ally won R300 000 for the Recycle e-Trike – a 500 W electrically assisted tricycle, designed to double the output of trolley recyclers and improve their safety on the road.

The Recycle e-Trike can transport 150 kg of recyclable waste over a distance of 50 km. Gabriel notes that he was inspired by the determination and resourcefulness of trolley recyclers and developed a model for the transformation of the informal recycling industry.

The other third place winner was Yolandi Schoeman, a representative of multidisciplinary environmental, social and ecological services company Baoberry. She designed the AqueouSphere floating treatment wetland that could address the City of Johannesburg’s water and sanitation challenges, which have developed as a result of urbanisation. The AqueouSphere comprises a buoyant base mat, on which wetland plants are used to filter nitrates, phosphates, organic compounds and heavy metals, as well as other runoff contaminants. It is also effective in reducing suspended solids and dissolved organic carbon. Schoeman was awarded R300 000.

For the Green City Startup Challenge, which was launched in December 2014, 86 proposals were reduced to eight. These finalists each received R250 000 to build a prototype of their idea and were also offered in-depth technical support and workshops facilitated by Resolution Circle to improve their ideas and help them present their pitches. The finalists presented their prototypes and business plans to a panel of judges, including an independent team of entrepreneurs and technical experts early last month.

Meanwhile, Naidoo highlights the Green City Startup Challenge as a “vivid demonstration” of what a “triple helix” – a partnership between government, academia and business – can achieve. “We want to expand the size of the programme by inviting the private sector to join us in building the innovation system in Johannesburg,” he adds.

The development of a green economy is one of the City of Johannesburg’s core strategic objectives. Mathang notes that this is aligned with the National Development Plan, which calls for simultaneously achieving sustainable development and a low carbon economy, increased employment and reduced inequality.

“It is also aligned with the provincial strategy aimed at making the transition towards clean, innovative, resource-efficient, low-carbon technologies and infrastructure,” he adds. Additionally, a green economy addresses the city’s Integrated Development Plan, which emphasises job creation and income generation through waste recycling, energy diversification, greening public- and private-transport vehicles and the city becoming a leader in innovation in the green economy.

“What is respectable about the Green City Startup initiative, from a challenge point of view, is that it is the first challenge in this part of the world that is happening for the green economy and [it is] one of the things that will allow it to continue into the future and expand to connect to the private sector,” explains Mathang, adding that the proposals are from the private sector, as well as small and established businesses.