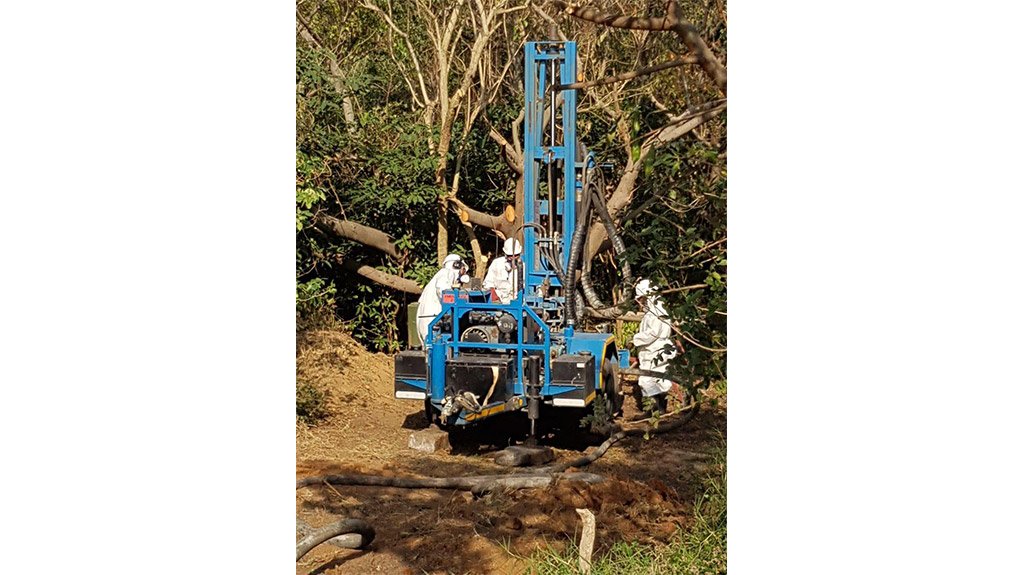 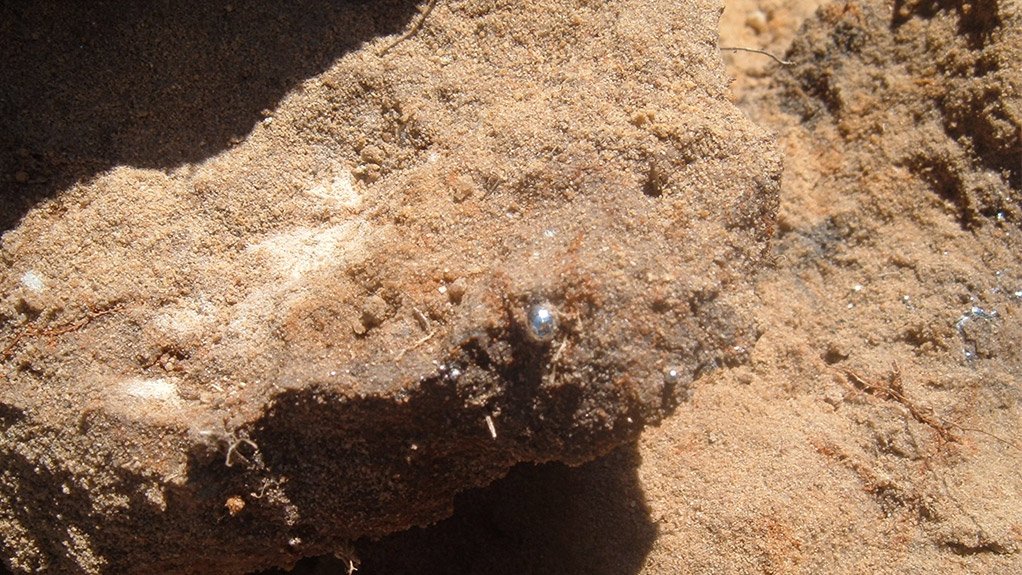 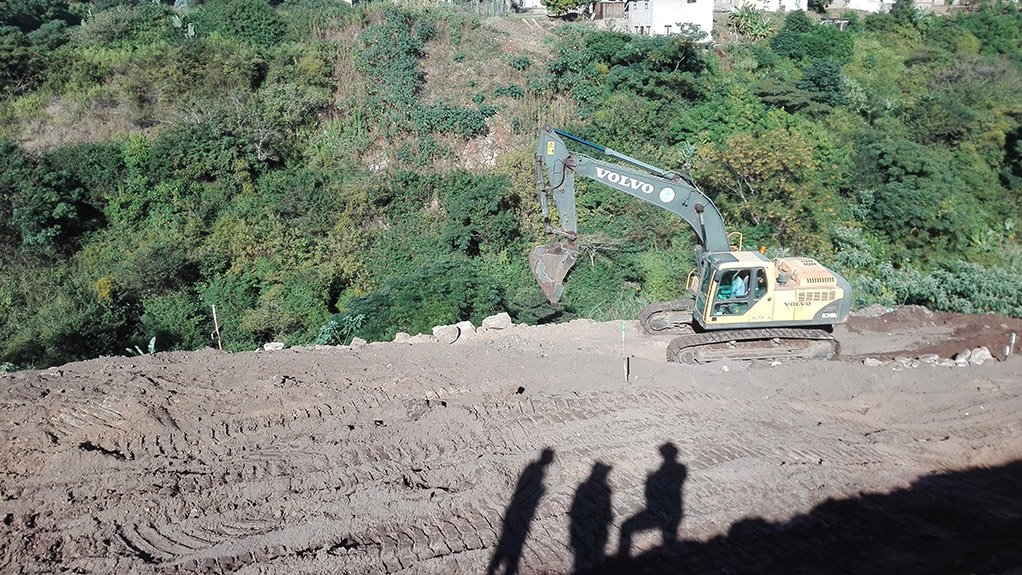 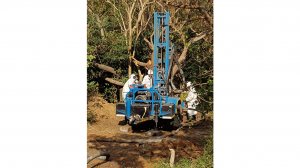 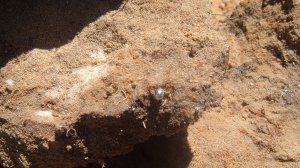 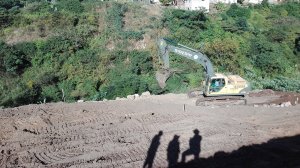 CONTAMINATED SITE Significant harm has arisen from a legacy of poor waste management, particularly within the chemicals industry
ACCOUNTABLE INDUSTRY Industry is becoming more accountable for contamination and authorities are quickly notified when there are leaks
ENVIRONMENTAL CONSERVATION Combating legacy contamination and preventing further contamination of South Africa’s resources is critical to the sustainability of the country and its natural resources

Despite a significant improvement in the parameters outlined by current environmental policy – often diligently upheld by the local chemicals and petrochemicals industries – multidisciplinary engineering consultant SRK Consulting states that historic practices caused by lack of knowledge have created a legacy of environmental contamination issues that these industries must now address.

SRK principal geochemist and associate partner Richard O’Brien tells Engineering News that South Africa did not have any specific waste management legislation governing the disposal of hazardous waste produced by the heavy chemicals and petrochemicals industries prior to 1989. Subsequently, waste management during that period was often undertaken as an in-house industry process that took place at the chemicals or petrochemicals processing sites at the discretion of producers, he adds.

The lack of governance further led to insufficient measures being implemented by hazardous-waste producers to limit the environmental impact caused by their production processes.

O’Brien avers that, as a result, many industry players now have to address the damage done by legacy contamination.

Thus, while SRK Consulting is noticing the significant harm that has arisen from a legacy of poor waste management – particularly within the chemicals industry – O’Brien says “at the time, companies considered their responses to hazardous waste best practice, appropriate and affordable”.

He adds that the dilemma of legacy contamination is made more complex by the significant new entrants in the chemicals and petrochemicals industries in recent years.

This expansion in the retail market of these industries has resulted in a significant number of new smaller retailers entering the market. Several retail chemicals and petrochemicals sites have, subsequently, changed hands from larger companies to new market entrants.

“There is an important need among new owners entering the market to understand environmental liability – especially issues of historical liability relating to existing pollution or contamination of the environment. Resolving liability where multiple parties are involved is tricky, and must be dealt with in well-drafted agreements that are properly informed by technical studies.”

O’Brien adds that, while the attitude towards environmental protection and responsibility has matured in these industries in the past three decades, for smaller-scale operations – such as dry cleaners and paint factories – financial resources and expertise to deal with the complex issue of legacy waste remains a concern. As these companies often do not have formal liability statements linked to their financial accounting or environmental insurance, they are often unable to address contamination when it is reported.

However, despite the challenges smaller retailers may face, he stresses that processes to combat legacy contamination and prevent further contamination of South Africa’s resources is critical to the sustainability of the country and its natural resources. The country is grappling with water shortages that are making it ever more reliant on using groundwater resources, but the impact of contamination adversely affects its quality and usability while creating significant legal liability for those responsible for further contamination.

Property value is also directly affected, as the resale potential of a brownfield industrial site will be compromised if it has been contaminated. “Financial institutions are requiring site assessments to be conducted before they will issue bonds against industrial land. Contamination could even lead to a complete loss of the use of a once valuable property,” O’Brien warns.

O’Brien highlights that considerable environmental damage is also caused by the “dripping tap” syndrome, where relatively small releases of contaminants are not detected timeously – such as a leaking flange on an underground pipeline – where the loss to the system may not be easily noticeable, but persists over time.

He sympathises with smaller producers that do not have access to the same levels of expertise and financial means as their larger counterparts.

In cases where smaller producers are battling to address contamination concerns, SRK recommends a risk-based approach that can result in significant savings for such producers, he adds.

A risk-based approach focuses remedial efforts to prevent and rectify those aspects of contamination that pose an unacceptable risk to human health or the environment, thus minimising cost incurred by companies.

“The multifaceted capacity of SRK encompasses a range of scientific and engineering disciplines, enabling us to apply not only environmental expertise but also civil and geotechnical engineering, water and other focus areas.”

This enables SRK to help companies of all capacities to comprehensively address and prevent environmental contamination, says Drew. If the remediation of a site requires additional licences – such as water-use licences, waste licences and atmospheric emission licences – SRK can also assist companies in acquiring them, she adds.

The company also offers an audit facility to assess how well a site is being managed, including input on how well an environmental management plan is suited to specific conditions. Drew stresses that an audit is also critical in situations where industrial landowners who have a tenant must ensure that the tenant is managing waste responsibly or when a property is changing ownership. She states that this is vital to risk mitigation, as it is the landowner who is liable for the remediation costs if the polluter is not traceable or is bankrupt.

Drew says industry is becoming more accountable for contamination, and authorities are quickly notified when there are leaks. There is also more traceability than before, and enforcement of environmental legislation by the authorities is improving rapidly.

She states that open forums, such as NICOLA, provide a valuable technical platform for cooperation among industry, regulators and service providers, which allows for the sharing of knowledge on sustainable practices and technologies, which can also further inform policy.

“With regular networking opportunities and conferences, NICOLA is the kind of initiative that can help to create open dialogue while building capacity in industry and government, fostering a culture of trust and engagement for the good of the sector.”

Drew suggests that the cooperation and expertise fostered by NICOLA and similar forums have the potential to make government’s regulatory mandate easier to apply, as industry and consultants steadily raise the bar in daily practice after participating in collaborative forums.

Environmental contamination management is a growing field, with constant innovations in remediation practices, and new technologies being developed to prevent and address contamination, she adds.

Drew enthuses that South Africa has a good policy framework in place and there is a general commitment to compliance and improving industry best practice in pursuit of sustainable development.

She emphasises, however, that continued development to understand how contamination impacts the environment and the risks it presents must occur at all levels of industry and government, as “the more we learn about environmental contamination, the more contamination we discover”.