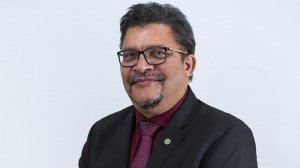 The awards recognise the achievements and successes of the federation’s international members, as well as the work that members do.

The awards were presented in September during the Fidic International Infrastructure Conference in Mexico City, Mexico. Cesa, as a proud member of the federation, submitted entries in three of the five categories and won merit awards in all three categories.

Cesa CEO Christopher Campbell tells Engineering News that it is a huge achievement for the association, as it cements its place in the international consulting engineering community.

“It certainly raises the level at which Cesa is perceived globally. This flows through to our profession because what we do is consistent with what our members have to offer,” he enthuses.

Cesa also received a merit award in the category for best diversity and inclusion initiative, which ties in with the association’s transformation goals. Campbell notes that, while race is still an issue in South Africa, Cesa would like to extend that idea to gender and technology diversification and inclusivity.

“We will consider aspects, such as gender, in relation to attracting and retaining more women in the industry; and the influence of technology in the future world of work for consulting engineers so that the industry becomes more aware of the technology and tools that they would have to consider investing in to improve efficiencies in managing their companies sustainably.”

The association also ensures that its offering remains relevant to member companies.

The Cesa Young Professionals Council aims to develop future leaders for the industry. Campbell states that this bodes well in creating awareness for future members of the association.

The association also has a one-year management development programme – its flagship Business of Consulting Engineering Programme – for consulting engineers, which aims to arm particularly young professionals in the industry with the necessary soft skills that they will require higher up at business level.

Cesa’s aspirations are in sync with those of South Africa’s National Development Plan (NDP).

The NDP aims to eliminate poverty and reduce inequality by 2030. The plan envisions South Africa’s realising these goals by drawing on the energies of its people, growing an inclusive economy, building capabilities and enhancing the capacity of the State, as well as promoting leadership and partnerships in society.

“From a construction and consulting point of view, the sentiment is currently rather bleak . . . The confidence levels that companies in this sector have are at almost zero . . . With the demise of the larger construction companies, it is a fight for survival among the small, medium-sized and microenterprises (SMMEs),” says Campbell.

While there is a need for big-build projects, the country currently has no local capacity to achieve that; however, the outlook remains positive and the association is ready to work with government for the benefit of the country, he adds.

“We have the opportunity not to go further down the slope. We need to get to the implementation phase very quickly and we need assertive leadership going forward so that the confidence levels of South Africans can improve amid all the challenges.”

“They have access to best-practice technology that can be used to maximise local infrastructure designs. Local practitioners could also be temporarily deployed to large projects outside the country to get exposure and, eventually, plough that experience back into South Africa in the running of our large projects. We need to develop local expertise for large projects.”

As such, he emphasises the need for a healthy balance between growing local SMMEs and having international best practice knowledge and skills transfer.

Meanwhile, Cesa embarked on a training programme with industry bodies throughout municipalities to educate companies on procurement standards and regulations. This has helped public officials to have a better appreciation of the value of the organisation, says Campbell.

“At times, there has been an increased requirement in their tender advertisements for Cesa membership, which immediately becomes an increased benefit for members, and we have more wanting to join or return to the association.

“It would be helpful for municipalities to be receptive of the advice and knowledge that Cesa has to offer a client who understands the sector better, which is a benefit to our members,” concludes Campbell.