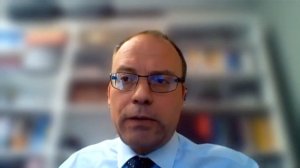 The onslaught of the Covid-19 pandemic continues to complicate matters for various business, especially with the South African Competition Act now seemingly focusing on protecting smaller firms and customers who may be subject to price hikes during these difficult times.

With the world finding itself in unchartered territory, law firm Cliffe Dekker Hofmeyr (CDH) competition director Andries le Grange said the competition rules, regulations and provisions would likely continue developing quite significantly over the next while.

During a webinar hosted by CDH on June 2, Le Grange commended the various “praise-worthy initiatives” during the Covid-19 pandemic, such as the creation of the Solidarity Fund and the subsequent donations to the fund.

Initiatives such as these, he said, led to the “definite realisation among firms that we are all somehow related to each other, the small and the dominant firms”, adding that many dominant firms currently had initiatives under way in terms of supplier and customer development programmes, which all sought to promote the interest of the small firms, and those owned by historically disadvantaged persons (HDPs).

The buyer power and price discrimination provisions found in the Competition Act had also occurred within various market studies during this time, such as the grocery and retail sector investigations, as well as the automotive industry, and within the provisions of the Act, Le Grange said that there was “a clear intention to try to facilitate the participation of these firms within the economy”.

However, he pointed out that while there was a focus on trying to protect the interest of smaller and HDP-owned firms because of the Covid-19 pandemic, larger or dominant firms, which were often perceived to have “deep pockets”, were also struggling significantly.

Referring back to the Competition Act, Le Grange mentioned that its first provision, which dealt with buyer power, essentially “seeks to prohibit dominant firms from pricing unfairly or imposing unfair terms and conditions on these categories of vulnerable firms”, namely small and medium-sized enterprises (SMEs) and HDP-owned firms.

The Competition Act also had an anti-avoidance provision which made it a contravention to avoid dealing with these firms, which Le Grange said “poses significant difficulties” if the business is not geared towards dealing with firms in these categories.

As such, it was within these provisions and guidelines that he encouraged larger, or dominant, firms to focus on supplier or customer development initiatives, particularly surrounding black economic empowerment (BEE) initiatives, as these were “already geared towards at least demonstrating a level of compliance with the Competition Act in the sense that they target firms that are smaller and comprised of HDPs”.

However, he said the buyer power provisions contained within the Competition Act were “complex” because they tried to go into the detail of what fairness would constitute in certain cases, which Le Grange said was often perceived, in the law sector at least, as “being dependent on all the relevant facts and circumstances”.

The difficult issue here, Le Grange said, was defining what effective participation involved, as well as balancing the interest of dominant firms versus smaller firms when the Act seeks to impose these additional obligations on dominant firms.

While this is an area where the Competition Commissioner could potentially be lobbied to “appreciate the difficulty” that dominant firms also found themselves in, while simultaneously trying to be compliant with obligations that the new provisions might place on dominant firms.

The new revisions refer to the Competition Commission’s draft guidelines on price discrimination and buyer power, which were published in the government gazette in October last year.

To this extent, Le Grange said firms that had supplier and customer development programmes in place “may well have better insight” into what was happening within a customer base, compared with firms that did not participate in these types of initiatives.

“This is where we believe there may well be an extent of overlap between the Competition Act provisions and BEE provisions, because the firms that participate in these may have a greater level of insight into how their customers are struggling to participate in the economy, or to operate a profitable business.”

To an extent, the information gleaned from participating in programmes could be used to productively consider how to adjust the price discrimination provisions.

CDH tax and exchange control director Jerome Brink, meanwhile, said firms had several options in terms of Covid-19 relief measures, adding that while there were no specific solutions for firms to be able to participate effectively in the economy, dominant firms should consider general tax principles and implications when considering contributing to SME or HDP-owned firms' development.

Another option to consider is small business funding entities, which essentially act as conduits for funding for SMEs. Here, dominant firms contribute, from where the entity then provides financing to the underlying SMEs.

Firms can also consider donating to the Solidarity Fund or Disaster Relief Fund, which would also allow for an income tax deduction.