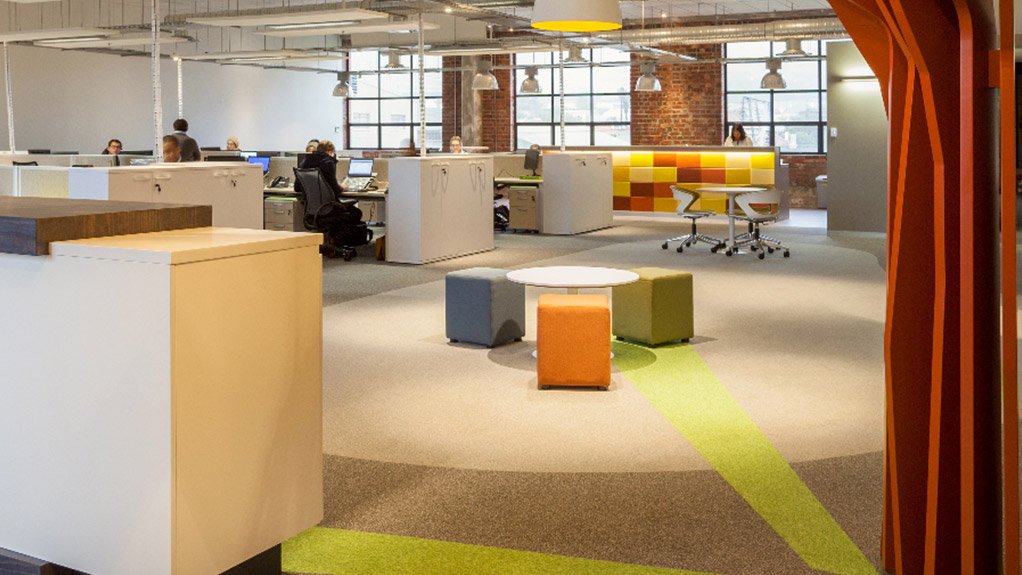 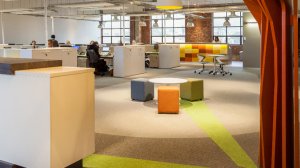 Property developers, designers and architects have a crucial role to play in providing inspirational working environments for the benefit of employees, with the impact of acoustics on employees being one of the key aspects, says local flooring supplier and installer Kevin Bates Albert Carpets Flooring and Carpeting.

“Sound is nothing but noise pollution and has been described as the next green barrier to overcome,” says Kevin Bates Albert Carpets Group sales director Brandon Park.

He adds that noise can cause sleeping disorders, stress, headaches, memory loss, aggression and learning difficulties, further suggesting that personal productivity can drop by up to 66% if a person can hear someone talking while he or she is reading a document or writing a report.

“Chairs being moved or footsteps on a floor are examples of impact sound. A good acoustic environment is the result of many factors, including choice of ceiling and acoustic panels. However, to effectively control noise from footsteps and other impacts, no flooring alternative is more effective than carpet,” Park states.

He further suggests that the thicker and higher-quality the carpet, the better it will absorb sound – particularly high-frequency sounds.

Carpeting is also “highly effective in controlling noise in buildings by absorbing airborne sound, reducing surface noise generation and reducing impact-sound transmission to rooms below”, according to the US-based Carpet and Rug Institute.

“Sound is transmitted through the vibration of air molecules. The fuzzy, porous structure of wool carpets and soft furnishing means that sound waves can penetrate into the pile, rather than being reflected back into a room,” he explains.

Kevin Bates Albert Carpets Flooring and Carpeting CFO Neil Duncan agrees, but acknowledges that the benefit derived from Interface products in managing acoustics is an “added benefit” and not necessarily the conscious choice when selecting carpets.

While he notes that it has not been the norm for acoustics to be a primary feature in the selection of a carpet tile, unless it is for a specific application, such as a theatre or auditorium, Duncan says there has been an increased awareness in managing acoustics in the past year.

“Carpets do outperform some of the other flooring alternatives in this regard,” he notes.

However, Park believes that in local commercial development, some South African property developers are still not fully aware of the value of acoustics in a working environment. “The need for aspects, such as sound masking, and the correct choice of flooring and furnishing, need to be addressed right from the outset – at the design stage,” he emphasises.

Duncan adds that property developers are often driven by cost and, as they do not occupy the building, they are not directly affected by acoustics.

“However, this is changing considerably with the advent of the Green Star rating from the Green Building Council of South Africa, whereby developers are being called upon to build more cost-efficient, sustainable buildings,” Duncan concludes.