Cape Town sharpens its business image as it looks beyond tourism 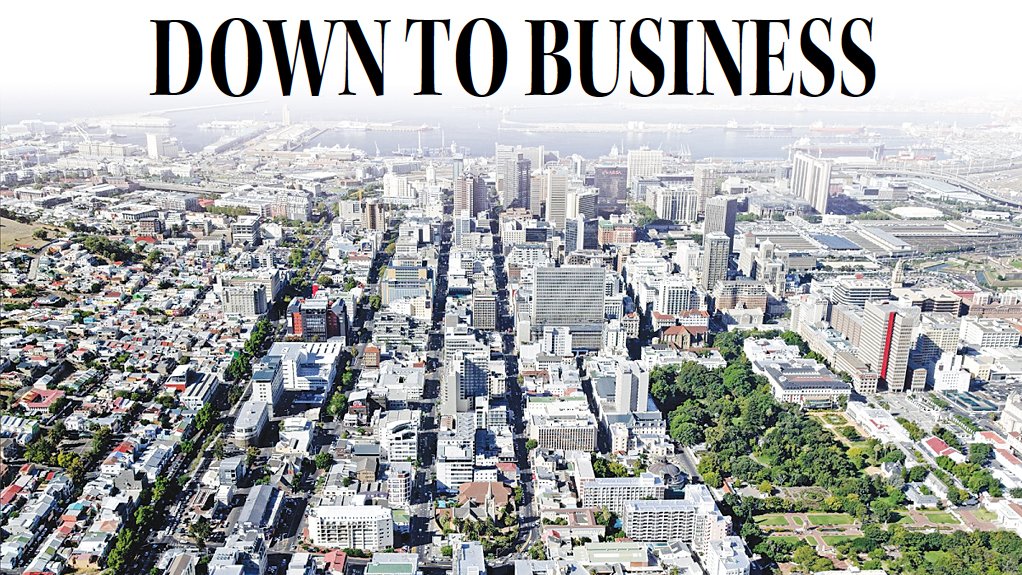 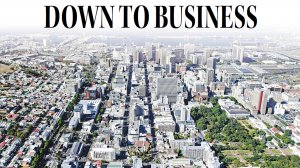 Cape Town is on a drive to strengthen its position as a key business capital in Africa.

The Mother City is keen to retain its reputation as a leading tourist destination, but wants to be taken more seriously as a destination for local and international investment

“This is not just a beautiful city. We have so much more to offer. The idea that Cape Town is for weekends and Joburg is for doing business is being turned on its head,” says Tim Harris, who heads up investment promotion for the City of Cape Town.

A number of new developments are under way, including an expansion at the Victoria & Alfred (V&A) Waterfront’s Silo precinct, plans to double the size of the Cape Town International Convention Centre (CTICC) and a development on the city’s Foreshore which will include a 40 000 m2 commercial and hotel development alongside a new hospital.

According to a 2013 report by McKinsey Global Institute, Cape Town has 14 large companies based within the metropolitan region, with a collective annual revenue of $52-billion. This makes Cape Town second only to Johannesburg across the continent in terms of the number of large companies and their revenues.

Over the past few years, Cape Town has seen rapid growth in several sectors, ranging from film and television to retail, financial services and the call centre industry, which now employs over 38 000 people in the city.

The 2014 Economic Performance Indicators for Cape Town shows that the city is also the second-most-important contributor to national employment, making up nearly 10% of the overall employment cake in South Africa.

The financial services sector remains the largest contributor to gross domestic product (GDP), according to Wesgro. The ‘State of Cape Town Central City Report’ for 2013 says there are 76 financial institutions in central Cape Town, ranging from retail banks, insurance companies, trusts and private banking to the business of home loans, foreign exchange and microfinance.

Building Business
The recently opened Portside building, FirstRand Bank’s new provincial headquarters in the Cape Town CBD, has been seen as a landmark twenty- first century building, and its construction was considered a vote of confidence in the city.

The 139-m-high building, jointly owned by Old Mutual, offers 57 000 m2 of office space and 1 444 parking bays. It houses the various divisions of FirstRand – FNB, RMB and Wesbank – as well as its asset management arm, Ashburton. Old Mutual will lease its retail and office component, and restaurants and coffeeshops have opened on the ground floor.

The film industry has grown exponentially over the past decade, with major international productions being shot in Cape Town. The Cape Town Film Studio has been rated as one of the top ten studios globally, with local film crews, transport companies, hotels and film agencies working closely with leading international studios.

Harris says one of the city’s main aims is to attract high-growth, innovative start-ups.

“Much of the venture capital is in Cape Town, and we’re beginning to establish ourselves as the centre of technology in Africa,” says Harris.

Business process outsourcing has become one of the most flourishing industries in Cape Town. Amazon has firmly established itself in the city, and now runs a 1 000-seater call centre in the middle of Cape Town. More than 38 000 jobs have been created in the call centre industry, with much of the business related to retail and financial services. The sector generates R8.5-billion for the GDP of the Western Cape.

The City of Cape Town is rolling out broadband and hopes to connect all residents and business to affordable, fast Internet. Telecommunications network operator Neotel will be working with the Western Cape government and the State Information Technology Agency to provide broadband services to 2 000 buildings across the province over a ten-year period. These include schools, community centres, government departments and hospitals.

On the manufacturing front, there have been some surprising firsts. The Kimberly-Clark factory in Cape Town holds the global record for the speed in which it produces nappies. It’s also sparked research by a University of Cape Town (UCT) team of researchers, who are looking into nappy technology, says Harris.

Renewable-energy companies are carving themselves a niche in Cape Town, while Hydrogen South Africa Systems, the National Aerospace Centre and Airbus are working on a project at the University of the Western Cape which looks into using fuel cells on airliners.

Entrepreneurial Flair
With most corporate headquarters in Johannesburg, Capetonians and people settling in Cape Town often have to become entrepreneurs to make a living.

Harris says companies like Cape Town-based Deli Spices is one such company. It’s seen a gap and has made the most of it. “Deli Spices worked on a recipe and is now selling sausages to East Africa and beating the Germans at their own game,” says Harris.

The City is making a concerted effort to step up investment and job creation in a range of fields, including agribusiness.

As the World Design Capital for 2014, Cape Town has sparked creative and innovative projects. “It’s opened up opportunities for design of all kinds and has attracted international business,” says Harris.

The art scene is alive and well in Cape Town. Art galleries in the city centre have sparked fresh interest by opening their doors on the first Thursday night of every month, while the Silo extension at the V&A Waterfront will soon become home to the Zeitz Museum of Contemporary Art Africa.

Developments at the R2.5-billion Silo precinct will include luxury apartments, corporate offices, an international hotel and a Virgin Active health club. The six silos will also be used for office space, with 2 500 people expected to work in this part of the Waterfront when it is ready in 2017.

Rob Kane, the chairperson of the Cape Town Central City Improvement District (CCID), says the 2010 FIFA World Cup has helped significantly in putting Cape Town on the world map as a tourist and business destination, as well as developing infrastructure in the city.

“As most of the action took part in and around the Cape Town central business district (CBD), it was really a ‘downtown’ World Cup in Cape Town. It has contributed enormously to the success of the Cape Town CBD, not just through exposure to the city, but in terms of infrastructure. We now have bicycle routes, the MyCiti public transport network and more pedestrian thoroughfares in the CBD, allowing the ‘café lifestyle’ to spill out onto our streets.”

The CTICC has hosted a steady flow of events and conferences, and construction for a new wing is under way. CTICC East will add 10 000 m2 of flexible space onto the existing convention centre. The CTICC, which opened 11 years ago, has cumulatively contributed over R22-billion to the national GDP since it inception. Western Cape MEC for Finance, Economic Development and Tourism Alan Winde expects it to pull in another R22-billion over the next five years.

“The CTICC already sustains around 7 000 jobs a year, and we expect this number to grow substantially as the work on CTICC East continues and we get closer to the opening of our new venue in 2017,” says CTICC board chairperson Gary Fisher.

Not without Challenges
But the Mother City is not without its challenges. With people streaming to Cape Town and its surrounds in search of work, the city is battling to keep up with the demand for jobs.

While economic growth has been sluggish countrywide, Cape Town has edged slightly ahead. During the first quarter of 2014, the Western Cape had a positive GDP growth rate of 2%, compared with a negative national rate of –06%, according to Quantec.

Citi Bank’s ‘Hot Spots 2025’ report on the competitiveness of cities ranks Cape Town a disappointing seventy-seventh out of 120 major cities surveyed worldwide – coming in a few places below Johannesburg.

As part of its goal to become more business friendly, the city has launched a Red Tape Reduction Unit, aimed at making it easier to set up and run businesses and cut bureaucracy. Winde says the initiative hopes to reduce the cost of red tape by R1-billion over the next five years.

Winde’s department is also negotiating with South African Airways, other airlines and government for more direct flights to Cape Town – an essential element if Cape Town wants to be taken seriously as a global destination. Cape Town currently flies to 14 international destinations.

Wesgro is helping Western Cape companies to expand through the Export Development Programme.

Wesgro CEO Nils Flaatten says the agency is actively involved in matchmaking local and foreign firms, marketing the province and making it easier for companies to export and import.

As a way of freeing up revenue, Winde says, the city is forging partnerships with the private sector to develop prime properties in the Cape Town CBD.

“There is no sense in government hanging onto properties that cost exorbitant amounts to maintain when we could be leasing them out for development. Doing this contributes to economic development and puts additional money in our budget for service delivery,” says Winde.

“As provincial governments, we have very little capacity to generate our own funds, with the bulk of our funds coming from the National Treasury, so we need to make our own.”

Harris agrees: “We own 28 000 pieces of land throughout the city. At present, we’re just sitting on it. We want to lease it; sell it and get the city moving by unlocking this huge asset of land.”

Over the years, Cape Town has battled to shrug off its dubious sleepy ‘Slaapstad’ label. But it has proved that it is moving into a new and exciting space, which holds far-reaching opportunities, especially for people who are motivated to be innovative and enterprising.