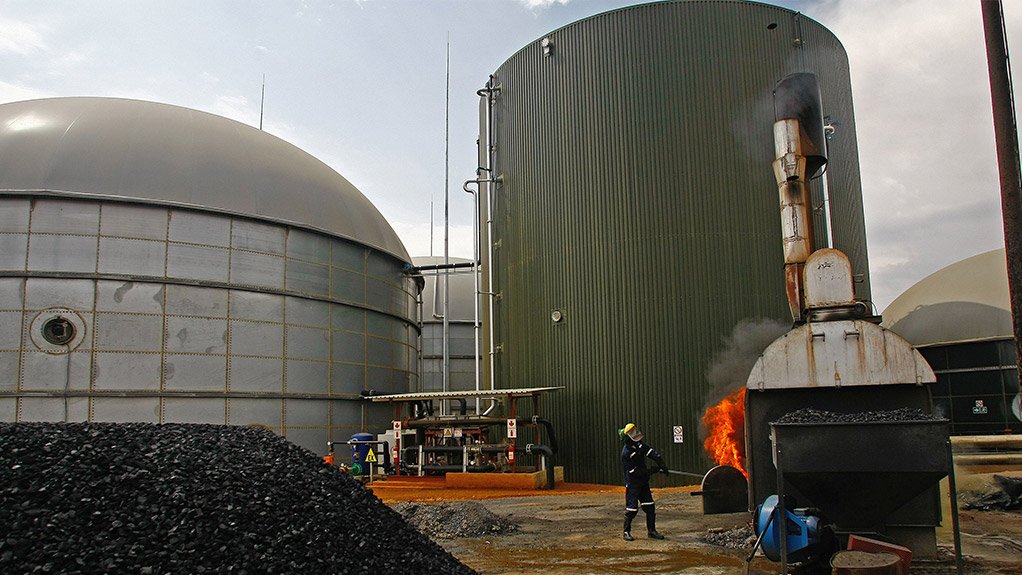 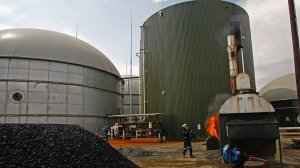 The introduction of support programmes for both the commercial, and household or rural level, will boost growth in the biogas industry, which will subsequently assist with the increase of renewable-energy supply, waste management, job creation, skills transfer and carbon mitigation, says Southern African Biogas Industry Association (Sabia) chairperson Mark Tiepelt.

Tiepelt believes that government should play a more proactive role in developing the industry for the country to profit from the multiple benefits associated with biogas plants. He says every country in the world with a developed biogas industry started with some form of government support by providing attractive feed-in tariffs, tax incentives or rebates. It is essential that government provides similar support to develop a larger biogas industry in South Africa other than the few isolated biogas projects that have come on line over the past few years.

Tiepelt acknowledges the Department of Energy’s partnering with Sabia and international development consultants Deutsche Gesellschaft für Internationale Zusammenarbeit (GIZ) in 2013 to establish the National Biogas Platform – focused on identifying challenges and barriers in the industry such as licensing, creation of norms and standards and financing – but advises that greater involvement from government and the private sector are necessary to provide the necessary impetus for the industry.

“While it is good to learn from Germany and other mass producers about biogas, it should be noted that international methods might not necessarily be directly transferable to South African conditions, specifically in terms of the legal environment and administrative processes,” Tiepelt states.

He comments that South Africa currently does not have any norms or standards for the biogas industry, but notes that one of Sabia’s key objectives in 2016 is to establish primary norms for the industry, aided by funding from the United Nations International Development Organisation.

“Locally, the biogas industry is very much in its infancy. There are about ten commercial biogas plants and less than 500 rural digesters throughout the country. “Compare that with Germany, which has over 8 000 commercial biogas plants or China and India, which each have over ten-million household digesters installed,” he illustrates, noting that the untapped local potential is massive, as South Africa is well suited to biogas production.

Tiepelt explains that biogas is produced though anaerobic digestion, where digestive microbes break down biodegradable waste in the absence of oxygen, referred to as anaerobic digestion – the main requirement being an airtight vessel of some sort.

The principle remains the same whether implemented on a large commercial scale or on small individual household level, though a commercial digester will typically consist of large concrete or steel tanks with internal mixers and heating, whereas a household digester could be in the form of a simple PVC tube.

Biogas contains methane, a combustible gas, that can be used in the same way as liquid petroleum gas in terms of fuel for cooking stoves, lights, heating and conversion into electricity by running a biogas generator – “and this is all derived from converting potentially environmentally hazardous waste into organic fertiliser,” Tiepelt enthuses.

Methane as a gas is 22 times more harmful, compared with carbon dioxide in terms of greenhouse-gas emissions – large-scale implementation of biogas digesters therefore has the potential to make a significant contribution to achieving government’s targets of carbon mitigation.

Tiepelt concludes that growth in the biogas industry will benefit the country by providing clean and sustainable energy, generating significant job opportunities, compared with solar or wind, facilitating measurable skills transfer, assisting in sustainable waste management, providing agriculture with organic fertiliser and contributing to carbon mitigation, and the country will, thus, benefit on multiple levels from the development of a healthy biogas undustry.

Sabia is an endorsing partner of the 2016 African Energy Indaba, which will be held at the Sandton Convention Centre from February 16 to 17. Representatives from Sabia will attend the Africa Gas Forum, an office side event, taking place on February 15 at the convention centre.